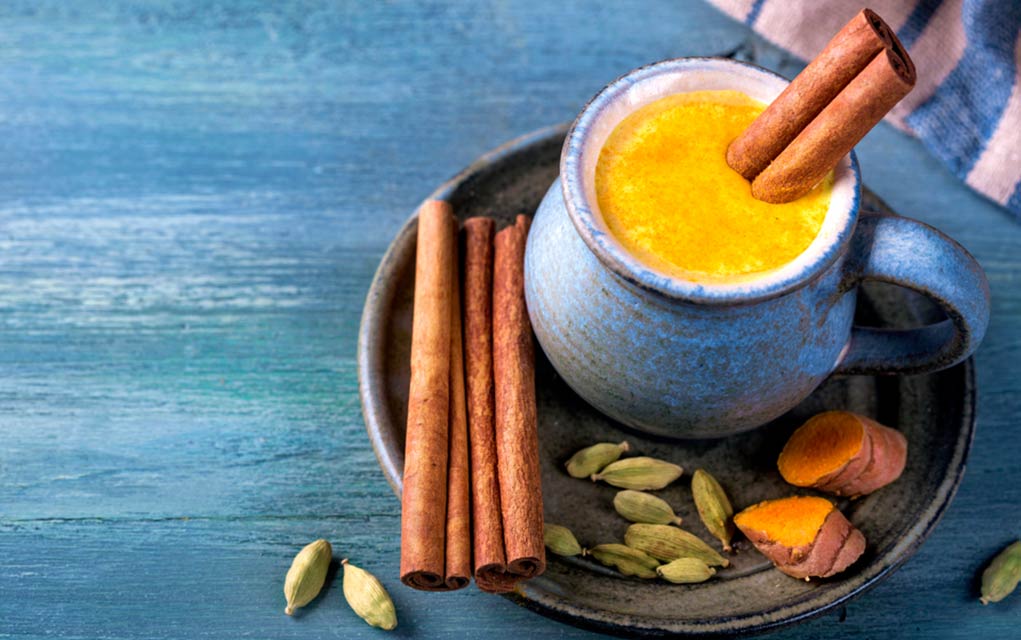 Avocado toast has become so popular it’s hard to find a menu without it, but there’s a new trend on the horizon that’s leaving it in the dust when it comes to health benefits! Golden milk, a traditional Indian remedy made from turmeric, coconut milk, ginger, cinnamon, black pepper, and sweetener, really stacks up in terms of nutritional value and may help with pain, inflammation and prevention of serious diseases. Let's look closer at this delicious health trend.

Turmeric, the main ingredient in golden milk, possesses powerful anti-inflammatory properties. As a result, it may relieve arthritis pain, improve liver function and reduce the risk of certain types of cancer in addition to helping with any inflammation-related problem. For these reasons, it’s been a staple of Ayurvedic medicine for thousands of years, and Western medicine is finally beginning to take it seriously. One of the easiest ways to get turmeric in beneficial quantities is by drinking a golden milk every day.

In spite of its name, golden milk is not a dairy product. It’s made with coconut milk as a base, and coconut milk has a slew of benefits on its own, so it's more than just a carrier here. Benefits of coconut milk have been touted to include reduction of inflammation and joint pain, strengthening of the immune system, anemia prevention and even weight loss.

Black pepper plays more of a supporting role in golden milk, but that little spice offers even more antioxidants and anti-inflammatory benefits. Other potential benefits of black pepper include blood sugar control, reduced cholesterol levels, cancer-fighting properties and improved brain function. In concert, turmeric and black pepper are made more bioavailable and enhance each other’s effects.

Ginger, the other main flavoring in golden milk, offers numerous benefits. It's especially beneficial for nausea and indigestion. It’s also believed to be a powerful weapon for diabetics. One study found 2 grams of ginger powder reduced blood sugar levels by 12 percent. Ginger is an anti-inflammatory and has been found to reduce pain, including osteoarthritis pain. Other possible benefits of ginger include a lower risk of infections, reduced risk of cancer and improved brain function.

There are varying recipes so we're not going to provide anything specific here. But the gist is to add these ingredients with a tiny bit of sweetener and simmer then sip the yellow liquid and reap the benefits. With all of these benefits, it’s no wonder golden milk has become so popular — and honestly, it's just plain delicious so we highly recommend giving it a try. We’re not saying give up the avocado toast, but you may want to chase it with a side of golden milk for optimal effect.