Study: Eating an Egg a Day Might Help Avoid Heart Attack and Stroke 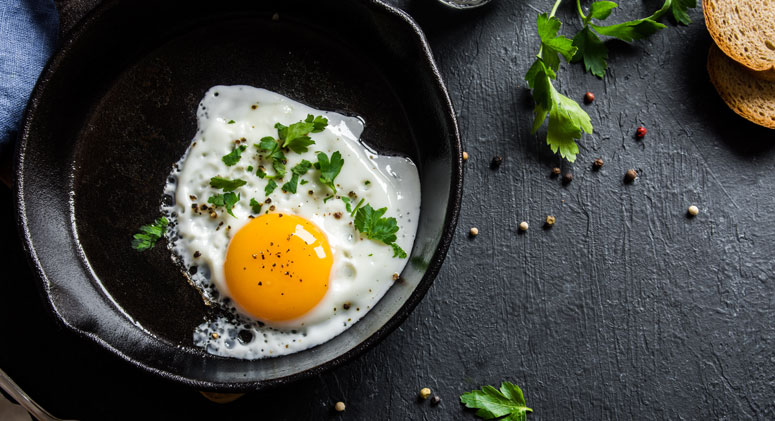 Cholesterol is a necessary component to good health. Your body uses it during digestion, hormone production, and proper cell function. Because high cholesterol levels in the blood can lead to cardiovascular disease and stroke, dietary cholesterol has long held a bad reputation.

In the past, studies have suggested eggs should be avoided by people who suffer from high cholesterol. The body usually produces enough of its own cholesterol each day, they reasoned, so any additional cholesterol could be harmful. Since a single egg contains more cholesterol than the human body can make in one day, researchers concluded eggs had to be a cardiovascular death trap.

While the reasoning behind these previous conclusions has been sound, the science appears to have been flawed.

According to the more recent research, a person’s blood cholesterol levels are far less dependent upon actual cholesterol consumption than previously thought. The majority of cholesterol in your blood doesn’t come from the cholesterol you’ve consumed, but instead the saturated and trans fats you eat, which the liver converts to cholesterol. And while high in dietary cholesterol, eggs are remarkably low in saturated fat.

A study found people who ate one egg each day were 12% less likely to die from an ischemic heart attack or stroke. Both occur when high blood cholesterol levels lead to a buildup along blood vessel walls, eventually causing life-threatening blockages to the heart or brain.

Not Completely Off the Hook

While studies on cholesterol have offered a less-critical view on egg consumption, risks do still exist for those who eat them excessively. Past studies have drawn a link between eggs and type 2 diabetes risk; however, even this has fallen under recent debate. Other studies have shown that eating more than one egg a day can increase cardiovascular risks, so more research is obviously needed.

How You Can Protect Yourself

Keep up to date on yearly physicals, so your doctor can keep track of your blood cholesterol levels. If your levels are high, discuss your treatment options.

Eat a diet that’s low in saturated and trans fats. How you cook your eggs is likely far more important than how many days per week you eat them.

Avoid processed and refined carbs, which are more likely to have negative effects on your cardiovascular health.

You can raise your good cholesterol by exercising regularly. Aim for 30 minutes of moderate activity, five days a week. Make sure to talk to your doctor before beginning a new exercise regimen.