How to Boost Breastfeeding Benefits 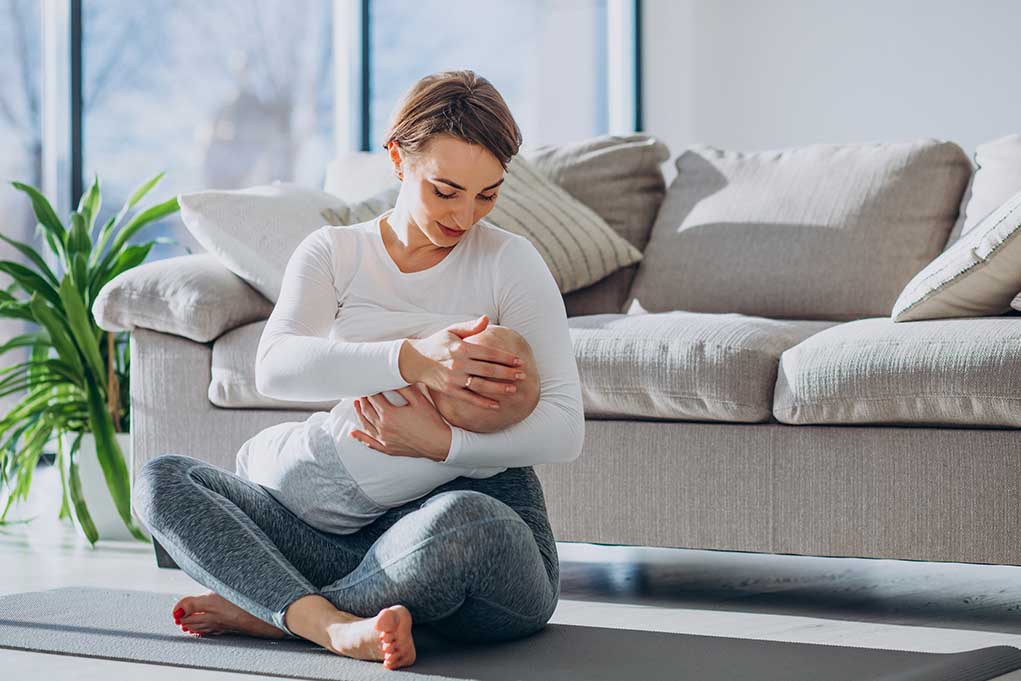 Science indicates that breastfeeding is healthy for babies (and their moms). From breast cancer risk reduction for mom to a thriving infant, breastfeeding is a great way to promote health. But as it turns out, there may be additional benefits when a nursing mother does one additional thing: exercise! Here's why.

When mothers exercise during pregnancy, they help boost their own health and their newborns’ health. It’s important to follow a doctor’s advice above all other ideas, but exercise generally has a valuable and protective effect for pregnant moms. But now, a recent study indicates that women who exercise during their pregnancy may be improving the quality of the breast milk they’ll produce after delivery.

The study, conducted by Ohio State University using mice, examined the differences in breast milk between mice who exercised and those that did not. It found that there were benefits seen in their breast milk when mice had access to exercise wheels and were more active during their pregnancies. Not only did the more active mice stay healthier, but they were also able to provide better health for their babies, as well.

Diabetes, Obesity, and Heart Disease Were All Reduced by This Breast Milk

The instances of diabetes, heart disease, and obesity were all lower in baby mice whose mothers exercised during pregnancy. Talk about passing on the good stuff! That idea could well translate to human babies. In other words, we could give babies a better chance at good health by encouraging their mothers to be active while pregnant. Since obesity, heart disease, and diabetes are among the leading causes of death, it’s valuable to find ways to combat them and better breast milk may start that process earlier than we ever thought possible.

Better Protection Against Metabolic Conditions, Too

Additionally, having stronger protection against metabolic conditions is one way people might be able to live healthier, better lives. Breastfeeding may help by starting the baby off with the best possible opportunities to live a healthier life — ad if that's turbo-charged breast milk from a healthy pregnancy that included regular exercise? Wow! While that’s not a guarantee against health problems in the future, this knowledge may decrease the likelihood of future generations struggling with some of the most common health issues facing human beings today.

So how does this work? A compound in breast milk called 3SL has been found in higher concentrations in their milk when mothers exercise. This compound results in lower body weight and a decreased risk of metabolic syndrome issues in babies, with that protection appearing to carry forward into adulthood, as well. In short, breastfed babies may be healthier babies, but they’re also likely to be healthier adults, all other things being equal.

Some women simply aren’t able to breastfeed for a multitude of reasons — or they may choose not to. And that's ok, too! But because of that, scientists are looking into isolating the 3SL compound to be added into formulas. That way, even babies who don’t breastfeed may get the same or similar health benefits as those who do. No matter what, it's all about trying to give the next generation the best health possible.