Alzheimer's and the MIND Diet 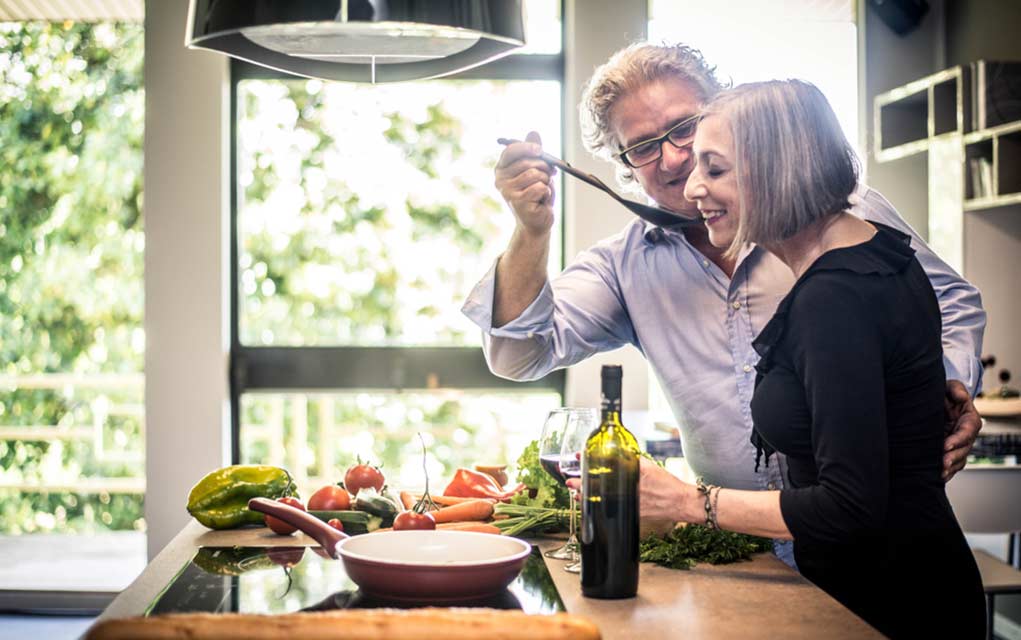 Alzheimer's and dementia devastate lives. They destroy the lives of hundreds of thousands of people and they have a way of making us feel helpless. But maybe we're not as helpless as it seems. Maybe we can do something to keep these monsters at bay. We already know that interventions like cognitive training and physical exercise can delay dementia. But we also know from other conditions that almost nothing has the impact of the right diet. One idea is rising in prominence and finding some success along the way.

The Connection Between Diet and Alzheimer’s

New promising research shows that there could be a connection between diet and the delay of dementia. Studies suggest that the brain's ability to remember and think could be linked to what we eat. One nutritional program that shows promise is the "MIND" diet. MIND stands for Mediterranean-DASH Intervention for Neurodegenerative Delay. Though the acronym is a bit of a mouthful, the promise is worth pursuing the details. This diet focuses on natural plant-based foods. Red meat, sweets and saturated fats are restricted. Observational studies show the MIND diet can reduce the risk of getting Alzheimer's disease by 53%. This is astonishing alone, but it can also improve verbal memory and slow down cognitive decline. It's worth noting, however, that the cognitive benefits associated with eating patterns are not as strong as the evidence for interventions like cognitive training, blood pressure control and physical activityıut combined? We might be making real inroads here in terms of helping people to stave off the worst effects. Scientists are now rigorously testing to see.

Doctors came up with the MIND diet by combining the DASH and Mediterranean diets. They focused on the foods that were most likely to prevent dementia. The researchers then followed the eating habits of seniors for more than four years. They looked for trends with the people who developed dementia compared to those who didn't. And what they found was pretty incredible. Their findings were that older people who followed the MIND diet had brain activity as sharp as people who were 7.5 years younger.

The basics of the MIND diet include eating:

Diet and Alzheimer's with the MIND Protocol

Overall, the research suggests that following the MIND diet could reduce the risk of cognitive decline or Alzheimer's disease. Scientists are currently conducting clinical trials to learn more but here's what they're seeing so far:

One observational study found that the people who followed the diet had thicker cortical brain regions. This is a significant finding because people with Alzheimer's have shrunken cortical regions. It implies there could be cognitive benefits to having a thicker cortical brain region. Another study showed that people who followed the MIND diet had lower levels of beta-amyloid protein and lower glucose metabolism than those who did not. Both of these biomarkers are found in people with Alzheimer's. Scientists have also found that people who followed the MIND diet for more than four years had a 53% lower rate of dementia. The data shows this nutrition program slowed cognitive decline substantially.

Further study about the link between diet and Alzheimer's is needed, but the initial reports are promising. There are several questions that still need to be answered. They include:

People who followed the MIND diet the closest had the biggest drop in their Alzheimer's risk. But even people who only halfway followed it still saw their risk cut by over a third. So there may be room for error depending on a person's overall risk level—and it goes to show that at least some adherence is better than none at all. While research may be ongoing, it's probably worth it to start implementing some of these plans in the meantime, because nothing is more important than brain health when it comes to making plans for healthy aging.