Directory > Blog > What is Your Ageotype?

What is Your Ageotype? 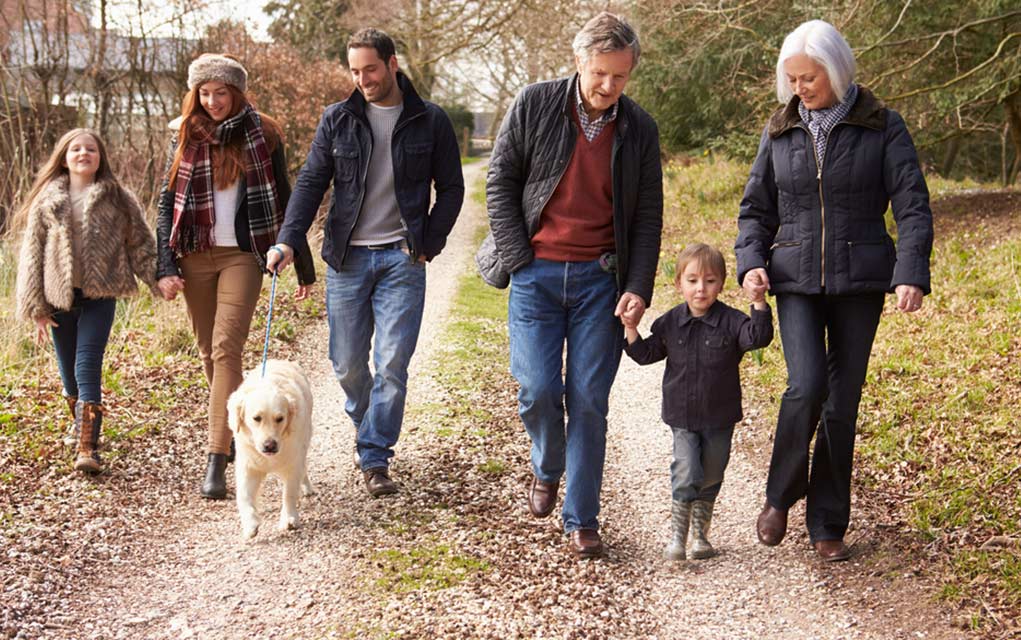 Some parts of the body may age faster than others, and this can vary between different types of people. Genes play a huge part in how fast we age, but they could determine a lot more than when you’ll start going gray or how well your skin will hold up. Determining your “ageotype” now could help reduce the chances of developing age-related diseases later.

Researchers believe there are at least four different human “ageotypes” (metabolic, immune, nephrotic and hepatic), and these can determine the types of age-related diseases a person may be at the highest risk of developing. There may come a day when doctors can look at our blood composition and gut microbiome and know exactly which body systems will be at risk as we age. This could pave the way for an exciting new level of preventative medicine.

Not Everyone Ages the Same

It’s pretty clear that people age differently. Some people “look their age,” while others notably fall to one extreme or the other. We might talk about those lucky individuals who were born with “good genes,” people who don’t see gray hair until their 60s or seem to defy the natural process of wrinkling. But how often do we think about all the parts we can’t see? All of that ages too, and just because a person ages gracefully on the outside, that might not necessarily mean they’re doing so great on the inside. And vice versa.

Nature just released a new study conducted by Stanford Medicine that breaks people down into different “ageotypes.” The study is part of a new line of research delving into how the differences in our chemical and microbial makeup affect the various systems in our bodies. These differences could dictate which diseases each of us should be on the lookout for while also giving us the chance to take preventative measures.

Looking at close to 31,600 biological samples from nearly 50 different parts of the body in over 100 volunteers, researchers hoped to discover connections between the microbiome and diabetes. What they found was a clue to numerous paths leading to multiple, specific sets of diseases — ageotypes. According to a Science Daily press release, the study homes in on four different types:

Scientific American reports that cardio and neuro ageotypes are also likely, but the researchers who conducted the above study didn’t have enough data to make any determinations in those areas. It’s also important to include that people can have or develop multiple ageotypes, predisposing them to multiple conditions.

Sometime in the near future, doctors could know, decades in advance, which diseases are most likely to threaten specific individuals just by taking a look at the microbes, proteins and metabolites of their systems. Even better, knowledge of a persons ageotype might give them some power over their aging process.

People with a metabolic ageotype aren’t automatically guaranteed to develop diabetes any more than people with a hepatic ageotype are destined to die of liver failure; lifestyle seems to be a final deciding factor. So, depending on body composition, certain lifestyle choices might age one person faster than another, and in different ways. And of course, knowledge is power.

But there is a silver lining: According to the findings, healthy changes, such as improving diet and including more exercise, might be able to reverse that aging process in some cases. This means metabolic ageotypes should avoid certain types of foods to age most gracefully, while immune and hepatic ageotypes are smart to avoid excessive alcohol. And we should all exercise more.

The more specific and individualized medicine can get with our care, the more likely we’ll all see longer and healthier lives. More advances in ageotypes are likely on the horizon, which means we could see better aging strategies for all of us. But in the meantime, spending time trying to figure out your ageotype might be a good idea.

Written by Wellness Editor
Wellness Exists to Empower Health Conscious Consumers. Wellness.com helps people live healthier, happier and more successful lives by connecting them with the best health, wellness and lifestyle information and resources on the web.
View Full Profile Website: http://www.wellness.com/
Comments
http://www.wellness.com/blog/13299681/what-is-your-ageotype/wellness-editor
I want to thank Dr Emu a very powerful spell caster who help me to bring my husband back to me, few month ago i have a serious problem with my husband, to the extend that he left the house, and he started dating another woman and he stayed with the woman, i tried all i can to bring him back, but all my effort was useless until the day my friend came to my house and i told her every thing that had happened between me and my husband, then she told me of a powerful spell caster who help her when she was in the same problem I then contact Dr Emu and told him every thing and he told me not to worry my self again that my husband will come back to me after he has cast a spell on him, i thought it was a joke, after he had finish casting the spell, he told me that he had just finish casting the spell, to my greatest surprise within 48 hours, my husband really came back begging me to forgive him, if you need his help you can contact him with via email: Emutemple@gmail.com or add him up on his whatsapp +2347012841542 is willing to help any body that need his help.
For more details about Dr Emu visit his
Posted by Sharon Wayne

The Effects of Weight Gain on Lungs
Wellness Editor