Directory > Blog > HIV Awareness on the Decline Among Young Adults

HIV Awareness on the Decline Among Young Adults 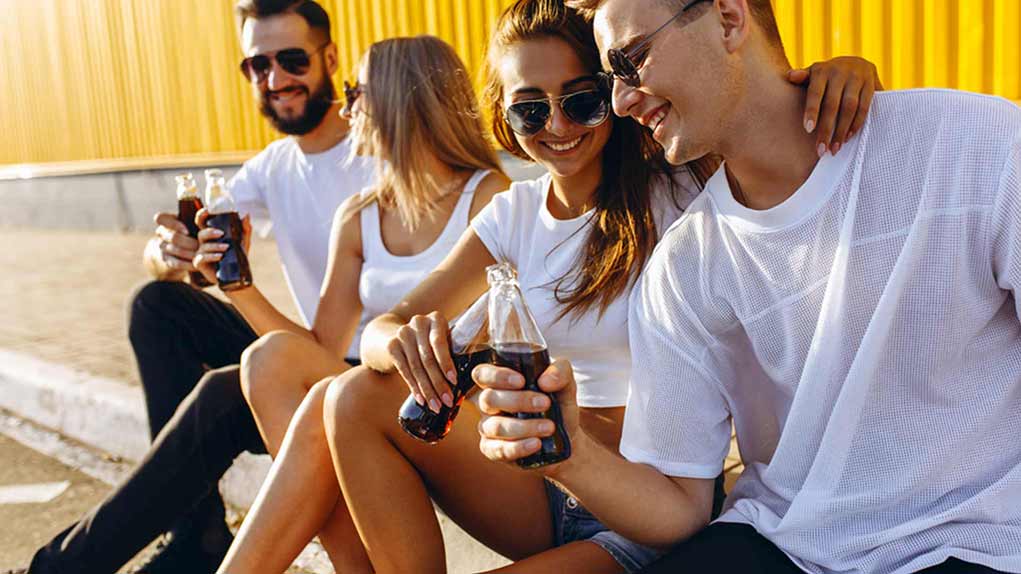 Age could determine how well one is informed about HIV and AIDS. It turns out that the younger you are, the less likely you might be to have all the facts. Declining HIV awareness could be putting countless young people at risk.

A recent survey found people in Generation Z and Millennial age groups were dangerously uninformed about HIV. Between 54% and 80% fail to use any form of protection, and roughly 90% have never been tested. The CDC and other government organizations are working hard to change that with awareness programs like DASH and the upcoming National Youth HIV & AIDS Awareness Day on April 10. We have details on the decline of HIV awareness among young adults and the measures some people are taking in an effort to improve it.

Merck recently released results of an HIV-awareness survey conducted in partnership with the Prevention Access Campaign that questioned 1,596 members of Generation Z (Gen Z) and Millennial populations. The results were shocking. Most disturbing was the fact that 41% of the HIV-negative Gen Z population reported being somewhat informed or not informed at all about HIV. And 23% of HIV-negative millennials are in the same dangerous boat.

What’s worse, despite 60% of Gen Z respondents and 75% of millennials understanding they can contract HIV through unprotected sex, 54% of them regularly fail to use condoms or pre-exposure prophylaxis (PrEP) medications. Some demographics have even higher rates as the survey revealed that:

That’s a lot of young people going around having unprotected sex — and according to the CDC, 90% of them have never been tested for HIV. Considering the fact that roughly 1 in 7 people in the United States has HIV without even being aware of it, this is a terrifying statistic. And younger generations aren’t just ignorant to the risks they’re taking; their overall lack of knowledge of HIV adds to current stigmas.

Other Surprising Results of the HIV Knowledge Survey

The survey also shed light on the amount of misinformation that continues to circulate around HIV. For example, 28% of HIV-negative millennials admitted to avoiding, refraining from hugging or downright refusing to be friends with an HIV-positive peer. Among Gen Z and Millennials alike, only 31% of HIV-positive participants and 50% of those who were HIV-negative understood that someone with an “undetectable” viral load couldn’t spread the disease.

Among both generations who are HIV-positive, a whopping 38% admitted to having forgotten to take their medications for at least 3 days in a row, potentially jumpstarting their viral load. Even scarier, over 30% are under the impression that they can stop taking their medications when they're feeling better. Part of this may be due to the types of sources young people are more likely to use when seeking vital info. For example, one study found young black men are more likely to learn about an HIV testing campaign if it’s being shared on Twitter, Instagram or Snapchat.

Direction and Resources for HIV Education

The CDC and other government agencies are working hard to change current trends through improved education and better outreach. The Division of Adolescent and School Health (DASH) is taking measures to increase awareness of HIV and other STDs by implementing programs that can reach young people in the classroom. The younger we can reach them, the more effectively we might prevent needless disease and unwanted pregnancies.

HIV.gov has declared April 10 National Youth HIV & AIDS Awareness Day. The purpose of the campaign is to raise awareness about the importance of getting tested, especially for people in high-risk groups. Use #NYHAAD to find and share awareness-promoting memes on social media to help get the word out about testing and the importance of condom and PrEP use.

HIV awareness might be on the decline, but resources are out there, with advocates working hard to get them in the hands of the people who need them most. We can help to improve the level of awareness in this country, not just among our youth but within other demographics as well by sharing solid scientific sources and talking about HIV. We each have to do our part to help protect the younger generations, including staying up to date on research, spreading awareness and engaging in safe sexual practices ourselves, every time.