Directory > Blog > Could Drones Be the Future of First Responders?

Could Drones Be the Future of First Responders? 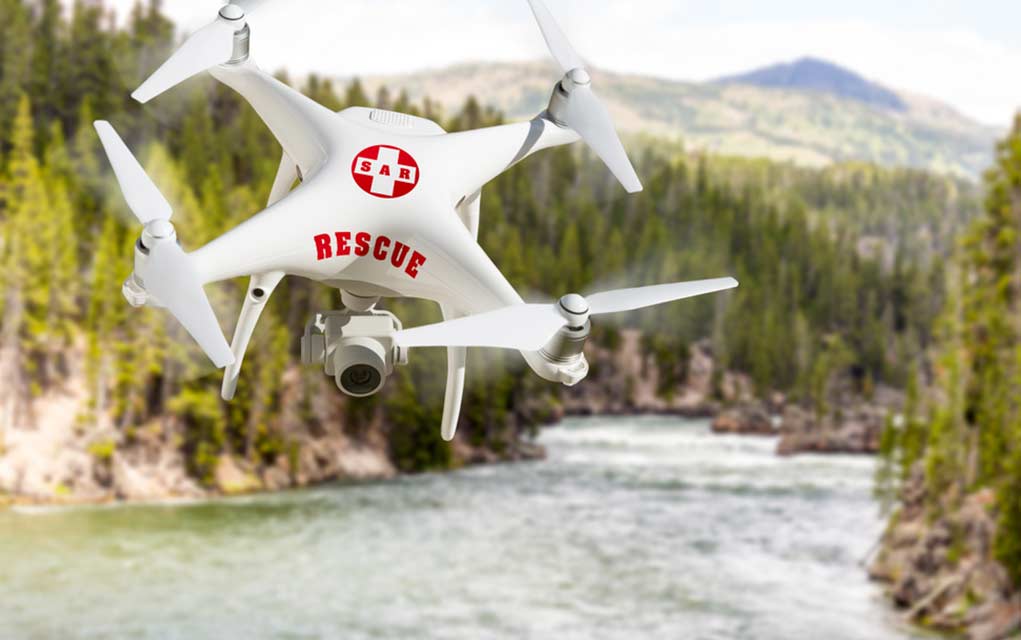 Drones are proving to be far more than video recording devices and battle bots. Last year, one made headlines for rushing a kidney to an anxiously awaiting transplant recipient and the team of surgeons. Now, researchers are considering the possibility of using drones as first responders. And in the time of pandemics and health worries, this may not be that far off as we all scramble to bring resources to bear.

Able to fly over vehicle-stalling traffic and reach emergencies 32% faster, drones could be the future of first responders. In cases where every minute counts, like heart attacks, acute asthma attacks, opioid overdoses and anaphylaxis, the tiny flyers could reach the scene ahead of an ambulance, carrying medicine and equipment. Two-way communication devices could enable medical personnel to assist bystanders in starting life-saving treatment while help is on the way—all while instructing the bystanders to use equipment stowed onboard the drone.

Researchers at the University of Colorado, Denver and the University of California, Irvine recently published a study investigating the use of drones in emergencies. In today’s congested world, where traffic can turn a five-minute ride into a half-hour ordeal, drones may offer an advantage where travel time is concerned. The tests took place in Brooklyn, where emergency response times average nearly 10 minutes, with the vehicle moving at just over 5 miles per hour. The researchers found that a drone could get to an emergency 32% faster.

Fitted for two-way communication, emergency response drones could serve as a portal to medical personnel. This way experienced, knowledgeable people could offer remote help to bystanders, giving instructions in administering life-saving medications and using stowed tools while an ambulance is still en route. This could prove vital in emergencies that are particularly time-sensitive, such as heart attacks, acute asthma attacks, opioid overdoses and anaphylaxis.

A Canadian meta-analysis on drone use has stressed the importance of expanding on current research, such as assessing their usefulness in different types of emergencies. For example, a drone might be of more benefit to someone suffering an acute asthma attack than someone in need of a blood transfusion. There’s also the question of whether an untrained person, even with real-time instruction, could properly use some of the equipment the drones have been proposed to carry.

There might be some details left to iron out, but very soon, drones could offer exciting new ways to save people’s lives. What does the future of first responders look like? Look up, they could soon be flying overhead.