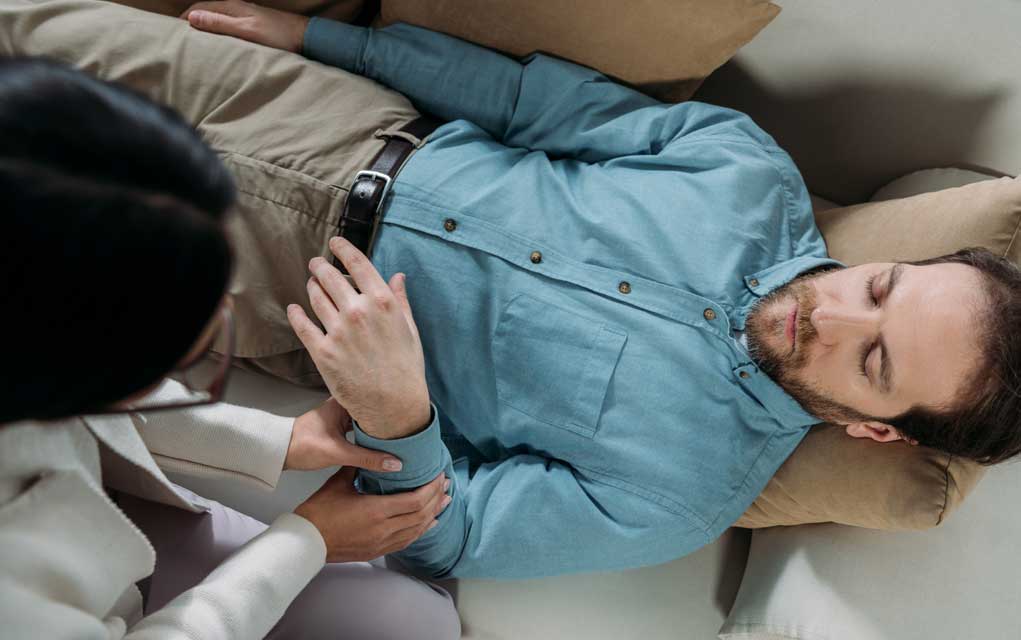 Although it’s been recognized as a valid therapy since 1958 in the United States, hypnotherapy is still considered controversial, with many people believing it is not effective and amounts to nothing more than hocus pocus. The evidence, however, says otherwise. Hypnotherapy has been proven effective at treating certain conditions, such as chronic pain, phobias, eating disorders, smoking cessation, weight loss, post-traumatic stress disorder (PTSD), drug addiction and stress, among others.

Hypnotherapy is a treatment that practitioners use to bring about a relaxed or altered state of consciousness in people hoping to heal from trauma, stop a bad habit or recover from a physical ailment. It's had varying success though it's been used to treat a multitude of ailments. Let's look a little deeper.

Hypnotherapy, a therapy that involves inducing a state of hypnosis or focused concentration, has been around since the 18th century. However, it did not gain recognition as a valid therapy from the medical community until the middle of the 20th century. Before that time, it was considered to be fraudulent, a belief that has persisted to this day. This long-held belief may be why it's still considered controversial.

Hypnosis involves several stages. With the help of a hypnotherapist, patients reframe the problem they're focusing on before entering a relaxed state. During this state, the therapist helps them to disassociate from the issue and may even give suggestions for the future handling of the issue. After treatment, patients return to usual awareness and reflect on the issue once again.

There are numerous conditions that can be treated via hypnotherapy including anxiety, depression and chronic pain. Hypnotherapy can also be used to establish good habits or expel bad ones related to sleep patterns, overeating, smoking, drug usage and physical activity.

Many studies have supported that hypnotherapy can be helpful in treating these conditions or bringing about desired behaviors. What’s more, studies have shown that hypnosis can lessen the need for anesthesia before surgery and/or reduce the rate of pain and complications in the post-surgery period. It can also reduce fatigue and hasten the recovery process.

Hypnosis really seems to work for many people. However, there is a small percentage of the populations for whom it simply will not work. Why? Susceptibility. Approximately 60% to 79% of people are moderately susceptible, with 5% to 10% being extremely susceptible to hypnosis. But about 25% to 30% of us are only minimally susceptible. The people who get little or only marginal relief from hypnotherapy are in this group.

Hypnotherapy seems to be a well-proven, effective therapy for many issues. However, it has varying success, which is dependent primarily on the susceptibility of the individual. Speaking to a qualified hypnotherapist can help determine your susceptibility. But given that it's not invasive, it may be worth the time and investment for those struggling with these issues.

Written by Wellness Editor
Wellness Exists to Empower Health Conscious Consumers. Wellness.com helps people live healthier, happier and more successful lives by connecting them with the best health, wellness and lifestyle information and resources on the web.
View Full Profile Website: http://www.wellness.com/
Comments
http://www.wellness.com/blog/13296922/does-hypnotherapy-really-work/wellness-editor
I found out, that taking herbal treatment is the best to get rid of hpv as soon as i feel the symptoms of hpv is appearing, i took the healing process by contacting Dr Oyagu for natural treatment it works wonders, amazingly ever since I had the herbal treatment i have not feel these horrible disease anymore and my doc told me the virus is gone, i am glad i finally got cured out from this horrible disease. every hpv or herpes patients should also get in touch with this herbalist Dr Oyagu to get ride of these disease forever his email address:oyaguspellcaster@gmail.com or wahtsapp +2348101755322 thank you.....
Posted by Roland Joel
http://www.wellness.com/blog/13296922/does-hypnotherapy-really-work/wellness-editor
What were your sources for this info and why didn't you link to them? "Approximately 60% to 79% of people are moderately susceptible, with 5% to 10% being extremely susceptible to hypnosis. But about 25% to 30% of us are only minimally susceptible. The people who get little or only marginal relief from hypnotherapy are in this group."
Posted by Amrita