Directory > Blog > Depression in Men: Signs, Symptoms and What to Do

Depression in Men: Signs, Symptoms and What to Do 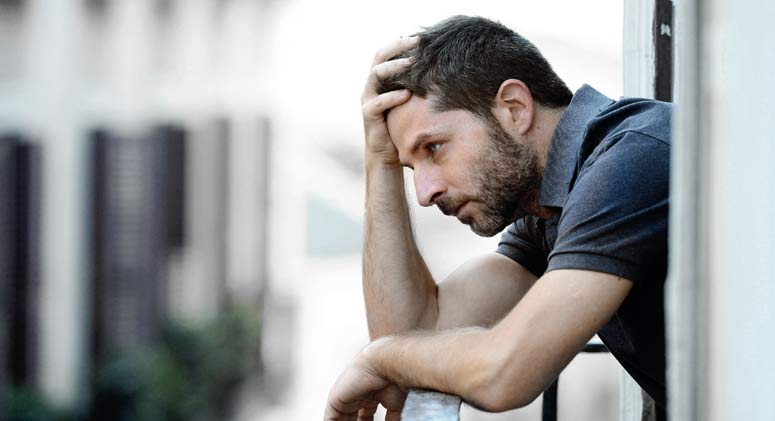 Men generally try to portray a strong, unemotional front. However, men are just as likely to suffer from depression as women. In fact, over 6 million men struggle with depression in the United States every year. Yet, their struggles tend to be different than the symptoms faced by women. Still, these symptoms damage relationships, impair a work performance, and interfere with his ability to make decisions and think clearly. Additionally, men account for a shocking 75-80% of suicides in the United States, leaving family members and friends emotionally devastated and full of unanswered questions.

Men are less likely than women to consider depression as the source of discontent with life. Many men are much more likely to try to hide their feelings or try to push through by working too much, drinking too much, or becoming absorbed in mindless activities like watching television or surfing the Internet.

The classic impression that many have of depression is of a person who has feelings of sadness and loss of interest in things they love. However, in men, depression often presents differently. In fact, most men tend to focus on the physical problems they are having. Depression does often have a physical aspect, but can be quite profound in males.

Emotional and Mental Symptoms of Depression

This is not to say that men are not emotionally impacted by depression. It is simply accompanied by emotions that we commonly don’t associate with being depressed. In men, the following are more common:

Friends and family members may notice that something is wrong, but may not be able to nail down what the exact problem is. All they know is the man that they love just seems crabby, negative, and blows up over the slightest problem. Employers may notice a drop in production and they may also notice that a previously easy-going man becomes short with others, more difficult to get along with, and struggles with motivation. Unaddressed, it can lead to:

The good news, however, is that treatments for depression are extremely effective. Antidepressants are helpful, but there are many other treatments that can help, too, depending on the cause of the problem. Getting counseling, taking steps to reduce stress, learning mental coping skills, and exercise are extremely effective treatments for depression. However, the first step is the doctor's office. Most doctors are quite understanding of these issues, and they see men every day who are struggling with depression. Taking that first step can save your life or the life of someone you love.