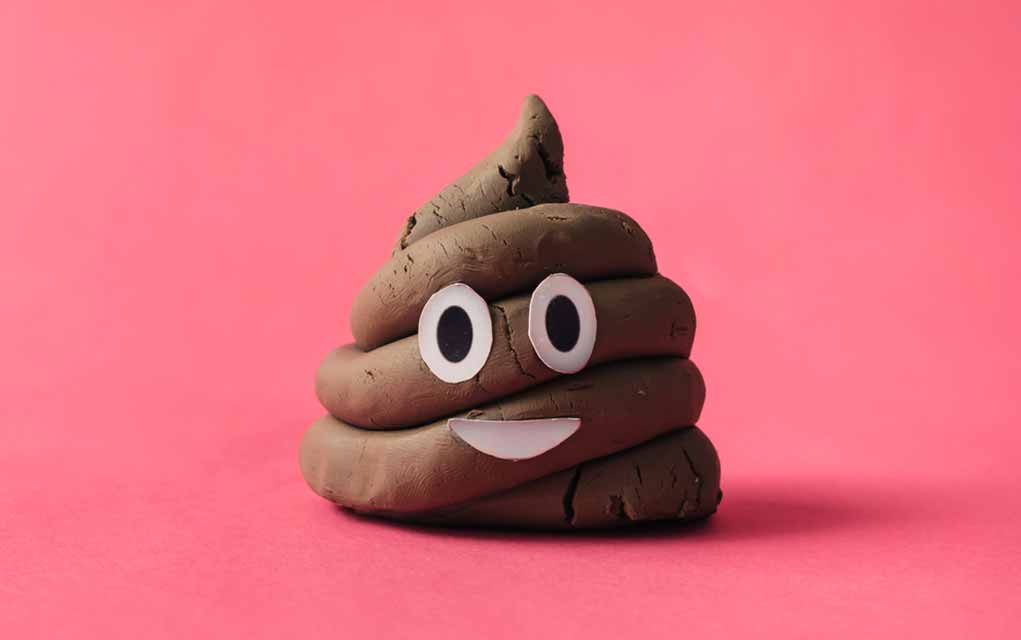 Looking at our ancestors can teach us a lot about where we’ve come from and how much we’ve changed. We modern humans might not be quite the same beings we were millennia ago, but we’ve also remained unchanged in many ways.

Archeologists have worked painstakingly to piece together human history, and much of their research depends on remains left behind by our predecessors. Even ancient waste can offer clues about connections between our eating habits and our health. A few clumps of 50,000-year-old human poop could even hold insights into some of our current issues.

Experts believe we each house between 10-100 trillion single-celled organisms inside and along the surfaces of our bodies. Most of these microbes live in the lower intestinal tract, but even our skin houses specific communities of “beneficial” bacteria, viruses and fungi that, as a form of paying rent, protect us from harmful elements.

These “microbiota” have likely coevolved with us, and they are as necessary to our survival as any of our vital organs. Every person’s microbial signature is slightly different, and it can shift over time, which can also cause changes in our physical and emotional health. The ratios of different types of bacteria and other microbes we harbor can vastly affect digestive health, nutrient absorption and immune system function.

According to a recent Phys.org report, the damage we’re doing to our microbiota via processed diets, drug use and environmental antimicrobials could be leading to many modern health problems. Comparisons between healthy and unhealthy individuals, which appear to vary in notable ways, could be the mere tip of the iceberg when it comes to showing the effects.

Valuable Remains From the Past

Among archeological remains of the oldest known link between humans and neanderthals that were found at the El Salt Middle Paleolithic site, experts discovered numerous fossilized samples of ancient human waste. Incredibly, enough DNA was still intact for the identification of multiple bacterial species. And if you think about how easy it is to compost manure, you'll begin to get an idea of how remarkable this find is. An article on the findings recently appeared in Nature.

An analysis of the remains showed the presence of numerous familiar bacteria species, including Lactobacillus and Bifidobacterium. Overall, the array of microbes the researchers cataloged suggested early humans, who were hunters and gatherers, ate high-fiber, high-cholesterol diets and had far more diverse guts than ours. Further study could give us a better idea of how differences in our guts can sh)ape us and our health, and they could even offer hints for solving many current health-related puzzles. (But we do have to remember that evolution still and recreating their diet could be harmful, too.)

Moreover, researchers warn that cross-contamination is always a possibility in these types of samples, so we can only give the findings too much weight. Keeping these limitations in mind, we still might learn quite a bit from even the smaller differences.

Research sequencing the DNA of gut microbes is still in its infancy, but we’ve already begun to unlock information that could change the way we view overall human nutrition. More research comparing past and present profiles could give us a better idea of changes to improve our health. Further knowledge could help prevent diseases like type 2 diabetes and colitis, which may also be related to modern gut microbe imbalances.

Written by Wellness Editor
Wellness Exists to Empower Health Conscious Consumers. Wellness.com helps people live healthier, happier and more successful lives by connecting them with the best health, wellness and lifestyle information and resources on the web.
View Full Profile Website: http://www.wellness.com/
Comments
http://www.wellness.com/blog/13306381/50-000-year-old-poop-could-hold-key-to-healthy-human-guts/wellness-editor
how i got my Ex lover back after a divorced by the help of DR NCUBE a marriage/relationship specialist. contact him if you need help WHATSAPP DR NCUBE ON +2348155227532
his email is..... drncube03@gmail.com