Directory > Blog > Getting the Facts on Tuberculosis

Getting the Facts on Tuberculosis 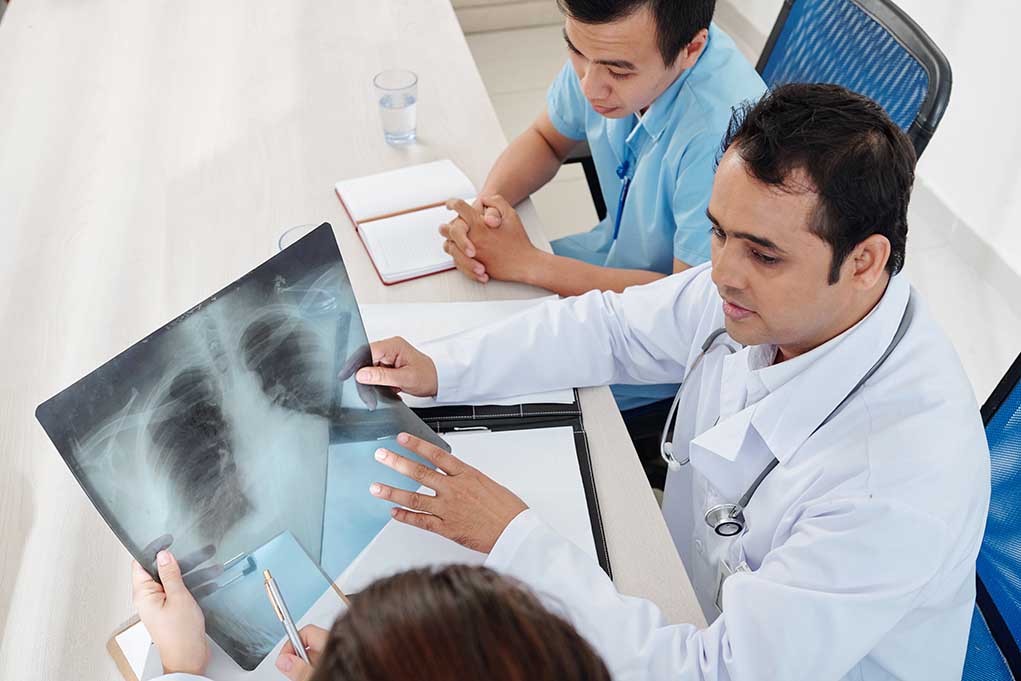 Most people in the United States don’t go around worrying about whether someone with a nearby cough has tuberculosis (TB). Most of us don’t consider ourselves as being at any risk at all. And while our chances are indeed low, they do still exist, and for some much more than others, even in the United States. In fact, 7,163 people developed TB in the United States in 2020 (yes, even while we were all isolated) and many more residents have latent and undiagnosed infections that can take several months to treat. Here's what you need to know.

Tuberculosis (TB) is a bacterial infection caused by Mycobacterium tuberculosis, which usually causes disease in the lungs. TB was once a serious threat, causing more US deaths than any other illness, but modern treatment efforts (including a dramatic push for vaccinations) have vastly reduced its presence in this country.

Most people with active TB infections experience a bad cough along with chest pain and the production of sputum from deep in the lungs, which may sometimes be bloody. Sufferers often lose weight and notice increasing weakness through the body, and they may have issues sleeping due to night sweats.

Thanks to modern medicine, TB has become a treatable condition for most, though it can require up to 12 months of potent antibiotic use to wipe out an infection. Efforts to eradicate TB from the United States have been futile, however, primarily due to its quiet movement among communities and the bacteria’s ability to develop resistance to treatments.

One major concern is detecting latent infections. An estimated 13 million US residents have latent infections, and most of those aren’t aware. The bacteria are dormant in these cases, so they don’t cause active illness or make people contagious. However, changes in immune health can cause a latent infection to become active. This is why as soon as someone is diagnosed with an autoimmune disease or begins an immune-suppressing treatment regimen, they are first tested for TB. (And anyone who is about to begin work in an institutional setting such as a prison or hospital is also tested to prevent spread in these vulnerable populations.)

Experts believe that up to 80% of active cases are from long-standing latent infections that went undetected, sometimes for years, before emerging. About 1 in 10 latent cases will eventually become active. For this reason, doctors will often opt to treat even seemingly healthy patients, although, in the case of a shortage, treatment priority goes to those at higher risk of developing full-blown infections.

Most people with healthy immune systems can consider themselves fairly safe, but any level of immune impairment can tip the scales. The following groups should be particularly cautious about exposure to TB:

High-risk individuals are more likely to become extremely ill and even die from complications. Globally, TB is the most common cause of death among HIV sufferers. People in the above groups may need to undergo regular testing to ensure they remain TB-negative.

Tuberculosis might not be as common as it once was, but we still need to be aware of the risks. Untreated TB can be deadly, and we don't want to be spreaders even if we're healthy enough to avoid the serious complications, so if you're around those in a high-risk group, it may pay to get tested. Fortunately, testing and treatment options are readily available, so we'd urge you to ask your doctor about testing if you're in one of these groups or are a potential threat to one.

Written by Wellness Editor
Wellness Exists to Empower Health Conscious Consumers. Wellness.com helps people live healthier, happier and more successful lives by connecting them with the best health, wellness and lifestyle information and resources on the web.
View Full Profile Website: http://www.wellness.com/
Comments
http://www.wellness.com/blog/13305541/getting-the-facts-on-tuberculosis/wellness-editor
What does being a carrier mean? I’ve had a false positive and was told that I’m a carrier of TB.
Posted by Deborah