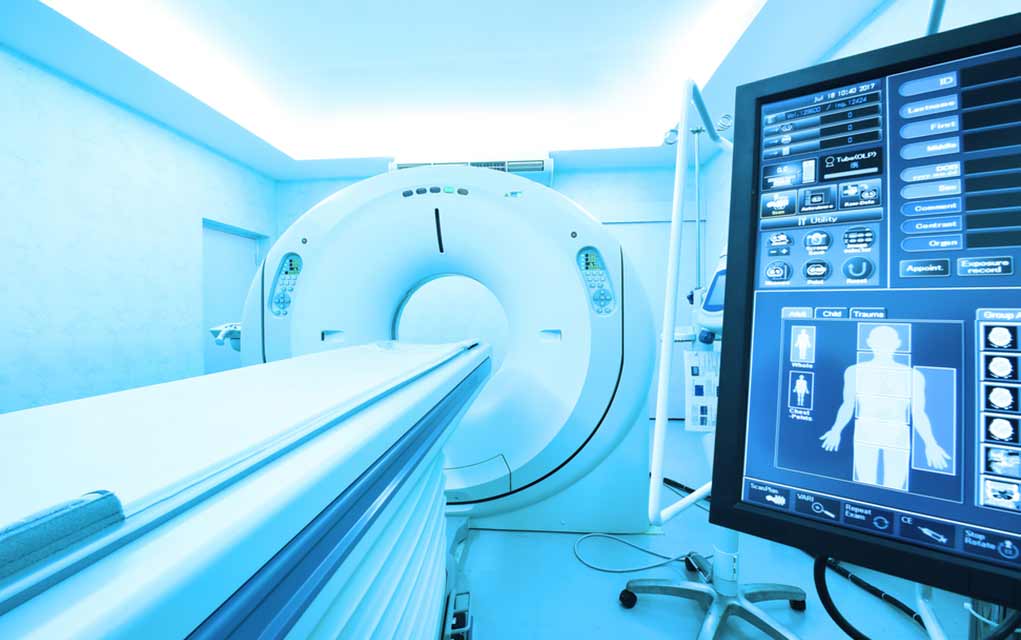 When we think about cancer treatments, we’re likely to generate mental images of hair loss, muscle wasting and other serious side effects. Researchers have long been on the hunt for effective ways to beat cancer without adding to patients’ distress, but chemo and radiation both often lead to devastating, sometimes even deadly, complications. A new technique could offer all the benefits of traditional radiation treatment with only a fraction of the side effects. We have the details on what this incredible breakthrough could mean for countless cancer patients.

Most forms of radiation therapy involve irradiating tumors in heavy doses, which destroys the cells and shrinks targeted areas. During these treatments, healthy tissue can also become exposed, leaving patients with uncomfortable side effects. Most commonly, radiation recipients experience fatigue and changes to the exposed skin, but they can also develop nausea, swelling, hair loss and other uncomfortable symptoms.

Current treatments include some options that are designed to minimize these effects:

These options are designed to reduce exposure, but they can still put healthy tissue at risk and trigger side effects. But there's been a breakthrough that we thought was pretty exciting.

A recent breakthrough called FLASH radiation therapy could offer the benefits of many of the above treatments without adding new symptoms. Designed to reduce the serious side effects of irradiating the brain, this new technique uses broader, single bursts of exposure lasting less than one-tenth of a second rather than longer, more concentrated beams.

Studies on mice have shown this approach doesn’t lead to the same degree of neurocognitive effects many patients experience after having radiation treatments to the brain. The quick pulse is less damaging to healthy cells, but it appears to be just as effective as other treatments at shrinking tumors.

FLASH radiation therapy could change doctors’ entire approach to cancer treatment. This technique is still in the experimental stages, but according to ScienceDaily, the technology has been used to treat lung, intestinal and skin cancers, and already one human subject has been successfully treated using it. If all goes well, radiation cancer therapy could soon be faster, less painful and result in far fewer risks of complications.

Written by Wellness Editor
Wellness Exists to Empower Health Conscious Consumers. Wellness.com helps people live healthier, happier and more successful lives by connecting them with the best health, wellness and lifestyle information and resources on the web.
View Full Profile Website: http://www.wellness.com/
Comments
http://www.wellness.com/blog/13303942/new-cancer-fighting-technique-could-eliminate-side-effects/wellness-editor
I started on Bronchiectasis Herbal treatment from ultimate health home,the treatment worked incredibly for my condition,I used the herbal treatment for almost 5 months, it reversed my Bronchiectasis condition,I recommended this ultimatehealthhome@gmail.com to anyone who needs help.
Posted by matinaadam
http://www.wellness.com/blog/13303942/new-cancer-fighting-technique-could-eliminate-side-effects/wellness-editor
Had the proton & chemo ( cisplatin )for HPV 16. Chemo doc said proton was unproven technology, but it got rid of tumor on base of tongue & lump on neck. Only side effect is reduced but acceptable saliva output. I also lost about 20 pounds of spare tire.
Posted by Eric Klaus
http://www.wellness.com/blog/13303942/new-cancer-fighting-technique-could-eliminate-side-effects/wellness-editor
Well I just love that such evolutions are being developed for radiation therapy. Yes , for me back in 1991 it sent me into winter hibernation mode for 9 years. Most folk just never made it long ! 😲

But at least some HOPE has been coming about ! 😊
Posted by Keith Theakston