Directory > Blog > Any Amount of Running May Increase Longevity

Any Amount of Running May Increase Longevity 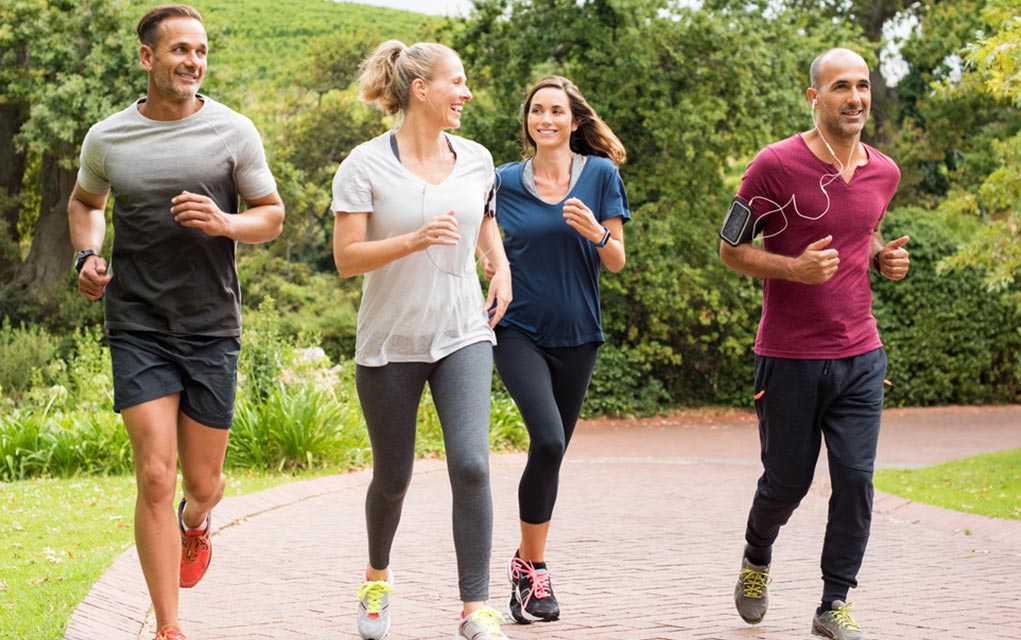 We have the best news. If you've ever considered taking up running because you want the benefits but found out you hate it, this is gonna thrill you. It turns out, that you don’t need to finish a marathon to get the big benefits from running. A new review published in the British Journal of Sports Medicine reveals some reassuring findings.

When it Comes to Running, Any is Better Than None

Seriously, any. With a review of 14 studies that included more than 230,000 people, researchers found that there was a 27 percent lower risk of death from any cause when people ran, even if they didn’t run very much, very often, or very far. Rates of cancer in people who ran were 23 percent lower, and rates of cardiovascular disease dropped 30 percent.

A word of caution: There may be a correlation between running and a lower risk of death, but the review wasn’t a causative study so researchers can’t draw definitive conclusions.

But still, these results are incredible to think about. Some people in the study ran once per week or less, and ran under 6 miles per hour for their pace. They also ran for 50 minutes or less, which is well under the weekly guideline for moderate exercise. Despite that, they still saw the reduced risk of death from all causes at the same rate as those who ran faster, longer, and more frequently.

More Might Be Better in Some Ways, But Only to a Point

People who ran for more than the 150 minutes the World Health Organization recommends per week didn’t see any increased benefit from the additional activity when it came to longevity. In other words, they got the same level of benefit, as far as longevity is concerned, as those who ran far less, and when they raised their activity levels beyond the basic recommendations, the level of benefit they received didn’t rise.

That’s good news for people who may not be fast runners or may not be able to run far or work running into their schedule every day. Even novice can still get the benefits and most importantly, the increased opportunity for longevity, as long as they make running part of their life in some capacity. For people who don’t enjoy running but still want to be active, researchers suspect that other types of cardiovascular or aerobic activity may provide similar benefits but this study was aimed at running so they don't really know. More studies would be needed to confirm that.

Be Sure You’re Healthy Enough to Run

Before starting any exercise program, including running, make sure you check with your healthcare provider. According to WebMD, there are some conditions that might make running unsafe, such as some types of heart or lung conditions. People with a history of falls and those who have joint problems may also be asked not to run for exercise.

While the review the researchers conducted looks promising, and it's enough to get us to lace up and hit the trails, but there may be more to the story. Further research will provide additional information that could confirm the findings or indicate that there are other factors at work. But it remains valuable to exercise at safe levels according to your abilities and to try to get the recommended amount of exercise each week as long as your healthcare provider says it’s safe to do so. Exercise in a number of forms can reduce weight, boost mood, and may just help you live longer, as well. But it's great to think that even a little bit of running could have significant impact on longevity so if you hate it, even a small amount may be enough to get what you need so you can then get on to other exercises you find more interesting.