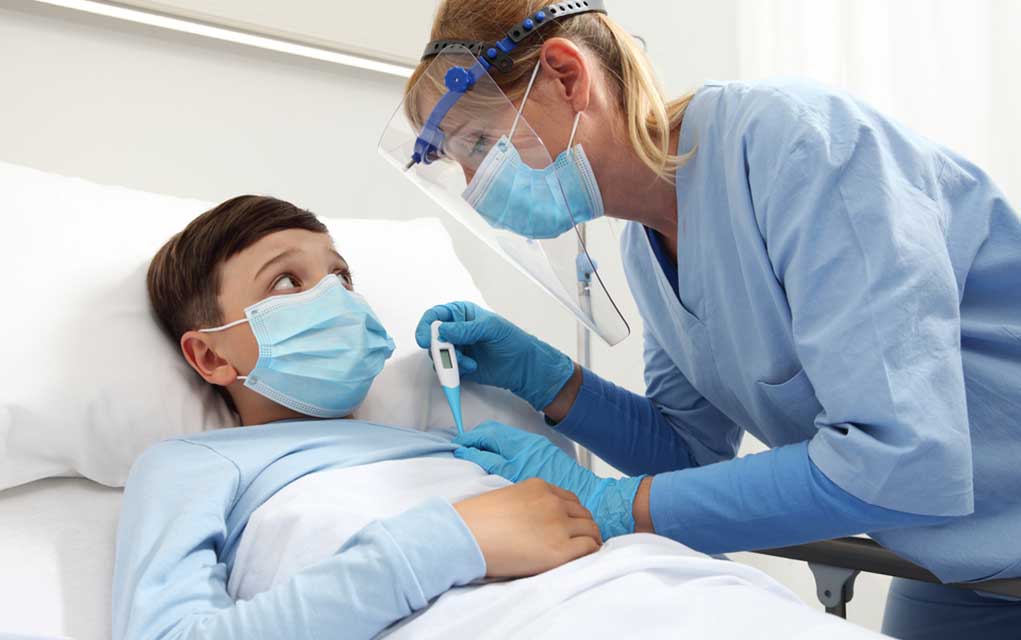 What started out as a few isolated events has now made its way into all but eight US states. According to the CDC, as of August 20, 2020, 964 children have suffered bizarre multisystem inflammatory responses after recovering from COVID-19. Eleven of them have died. This condition may be rare, but its effects can be severe. Here’s what parents and guardians need to know.

Multisystem inflammatory Syndrome in children (MIS-C) is a condition that can affect the eyes, gastrointestinal tract, skin and vital organs like the heart, lungs, kidneys and brain. In most cases, it occurs about 2 to 4 weeks after the infection itself has cleared. For reasons no one has been able to explain yet, an overwhelming 70% of children affected have been Hispanic or Black. The gender split is more even with and just over half, 55% of sufferers, being male.

The majority of kids who’ve developed MIS-C have been between 1 and 14 years old, with the average being 8 years old. Rare outliers have been as old as 20. According to Mayo Clinic, children under 2 may be at particular risk due to their immature immune systems. California, Florida and a handful of New England states have been hardest hit by the oddly terrifying condition, although those states have also seen some of the highest infection rates, according to tracker reports, so that's likely the cause of the higher rates in those areas.

Researchers are still trying to figure out if there are health or genetic factors that make some children more prone to MIS-C than others. For this reason, it’s best to consider any young person who’s recently recovered from COVID-19 to be at risk. Caregivers nursing recovering kids should on the lookout for fever, fatigue, vomiting, diarrhea and complaints of neck or stomach pain. Eyes may be bloodshot, and the child may also have a rash.

Symptoms that may indicate a MIS-C emergency include confusion, difficulty breathing, a bluish tinge to the lips or face, difficulty staying awake or complaints of severe pain or pressure in the chest or stomach. Seek immediate medical attention if any of these are present.

The Mystery of Multisystem Inflammatory Syndrome

As of August 28, 2020, MIS-C remains a mystery. Doctors don’t know what triggers it, but because blood tests show the presence of COVID-19 antibodies in nearly all cases, researchers believe a haywire post-infection immune response is to blame.

An article published in the New England Journal of Medicine explains that the symptoms are similar to Kawasaki disease, another rare immune-related issue that can strike children (usually of Asian or Pacific Island descent) following other viral infections. But that connection is only an observation and studies have yet to be undertaken.

Researchers are still trying to figure out how best to prevent and treat these terrifying conditions so for now, the best way to avoid both is to keep children from getting infected with COVID-19 in the first place. Easier said than done, we know. But we'd be remiss if we didn't take a moment to mention the importance of staying distant from others outside the household and mask-wearing. Doing both as a matter of habit can help save lives.

COVID-19 has left a devastating wake of disability and death, sparing no age group. Severe complications can happen to any age group so children are no exceptions there, either, so every parent and guardian needs to be aware of the possible issues. In some cases, it could mean the difference between life and death.