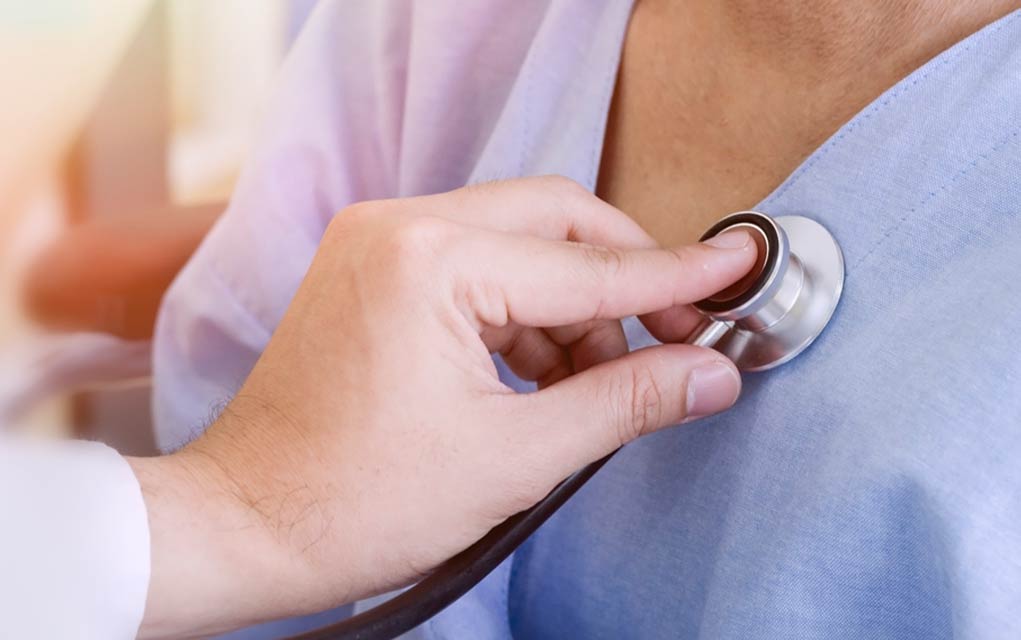 There are all types of unique and unusual medical conditions that we don’t see or hear about very often but that can seem downright terrifying. From people who think they’re dead to some who look like they’re turning into trees, there are odd and strange medical conditions to be found all over the world. And yes, they’re really happening to real people so it's important to approach these with kindness rather than gawking. We present these here because we believe it's important to promote awareness as a way of engendering compassion.

The idea of a walking corpse anywhere but in the movies truly seems terrifying. But this syndrome is not the zombie apocalypse it sounds like. It's actually more about mental health than anything that’s going on with the physical body. People who have this syndrome, which is officially called Cotard’s Delusion, think that they’re actually dead. Some sufferers also believe that they don’t have particular body parts or that pieces of them are missing. They don’t usually bathe or want to eat, and some may often spend time in cemeteries. A malfunction in an area of the brain that works to recognize faces, including their own, is responsible for the problem. Treatment for this condition involves medication and sometimes electroconvulsive therapy.

Turning to stone may seem like a terrible way to experience life, but people who have the genetic disorder fibrodysplasia ossificans progressiva (FOP) live this as their reality. It’s called "stone man syndrome" because this unusual medical condition causes the soft tissues of the body to slowly turn to bone. The problem comes from the ACVR1 gene, which is responsible for turning cartilage into bone as children grow up. When this process doesn’t work right, though, or doesn’t stop the way it should, more bone continues to be produced. It’s rare, with only one in 2 million people having the condition. But there’s no cure or treatments available at this time.

When lymphatic vessels become obstructed, it can lead to extreme levels of swelling in tissues and skin. Typically, this is seen in the legs of someone affected with elephantiasis, but it can also be seen in the testicles of men who have the condition. Nearly 40 million people have been diagnosed with this unique medical condition. There are several ways it can occur but the most common way is believed to be through a mosquito-borne parasite. There are medications to kill the parasite, and early treatment is important. For effects on the testicles, there are also surgical options, but these aren’t available for elephantiasis that affects the limbs.

"Werewolf syndrome," or hypertrichosis as it’s actually called, results in excessive and unwanted hair growth all over the body. The “bearded woman” of side-shows of the past likely suffered from the condition. While plucking or otherwise removing the odd hair is common for women throughout life, the level of facial and body hair that this condition produces is much more than that. Hypertrichosis can be congenital or acquired as some people are born with it through a genetic mutation and others contract it later as an over-reaction to treatments dealing with baldness.

It’s bad enough to be allergic to something like peanuts or bees, but what about being allergic to the cold? It really is possible. People with “cold urticaria,” which is an allergy to the cold, can have a histamine reaction if they come into contact with cold water or air that causes swelling, itching, and hives in the area that’s affected, and it can also mean that the tongue and throat swell in people who have a more severe allergy. Antihistamines can help, just like they do for other allergies, but a cause for this particular allergic reaction isn’t known.

The result of experiences such as a brain injury, tumor, aneurysm, stroke, or neurosurgery, "alien hand syndrome" may look to outsiders to be just as frightening as it sounds. People with this syndrome have a hand that seems to do whatever it wants, and the brain doesn’t have much control over it. It might move on its own, grab objects, or fiddle with things nearby, even though the person never intends to do that. There’s no cure at this time, but keeping the hand engaged in activities most of the time can make it easier to reduce the problems this issue can cause.

Weird, unique, or unusual medical conditions may seem like a good time to laugh but they're real conditions that happen to real people and they are often life-altering. So we don't list these here as a side-show, but in fact, our hope is to reveal these very real conditions so that when we interact with someone who has one, we don't fall prey to our own curiosity and instead can be kind, compassionate people. These conditions can cause significant problems with daily life, relationships, jobs, and more—and a culture that treats them as side-shows or refuses to accommodate their needs can worsen the already challenging effects. Most unique or unusual medical conditions can be managed just as can more common conditions, but some of the more alarming medical problems that can arise take some work to address. No matter what, kindness and compassion is the best place to start even if the reality seems befuddling or hard to get your head around.