Reconsidering the HVAC During COVID-19 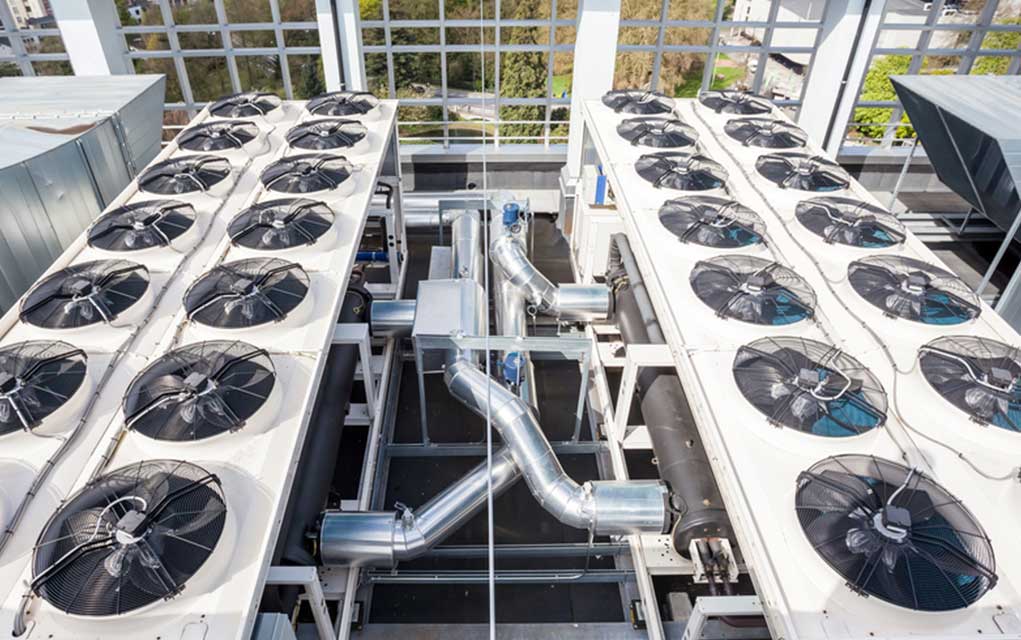 COVID-19 has tested our resilience, that's for sure. For every move we take to get a step ahead of this pandemic, it seems to have another surprise for us waiting in the wings. Most recently, researchers have taken a serious look at the role central heating and air conditioning units are playing in COVID-19's continued spread. The news looks bad, but good solutions could be on the way.

HVAC's May Be Spreading the Virus

Central heating and air conditioning systems can be lifesavers during extreme temperatures, but right now, they could also be contributing to countless COVID-19 illnesses and deaths. An article just published by the American Society of Safety Engineers details the dangers. The takeaway is that these systems could be distributing aerosolized germs through high-traffic buildings.

Aerosolized Particles and the Spread of COVID-19

Aerosolized virus particles are those that have been broken up into incredibly tiny pieces. These particles are so small that they don't fall to the floor (and out of the air) at the same rate that a typical virus particle would. So they can hang in the air, increasing the likelihood that someone unsuspecting will come and breathe them in. Moreover, these tiny beasties can move on air currents at an alarming pace, simply because they are so light. Both of these things increase the spread of the virus by moving particles further, faster, and by being higher in number so they can infect more people. It's like the stuff of germ nightmares.

COVID-19 and the HVAC Research

The engineers demonstrated the role of HVAC systems in disease spread using a restaurant in China as their example. Researchers tracked an outbreak to the location and after extensive interviews, they were able to recreate where patrons sat and map that to who became infected. A study of the layout alongside air patterns from the HVAC system revealed some important clues. First, all of the diners who’d contracted COVID-19 had been sitting directly downwind of the air conditioning vent.

Even more telling, the person who’d spread the virus had sat near the center on one side of the room, placing only about half of the people infected downwind of them. On the other side of the dining area, where there was no direct airflow from the AC vent, not one person contracted the virus. This was a big "ah ha" moment for the researchers as they began to uncover just how we are in control of our airflow and that this isn't actually without consequences.

Businesses interested in being a part of the solution for the future, may need to look at their circulation and ventilation systems. They may be inadvertently threatening an unaware public. If they are, overhauls could be in order. Researchers are looking for more effective and practical solutions, although there are already a few options that may help.

UV Radiation in the HVAC as a COVID-19 Battleground

Some establishments are using ultraviolet (UV) sterilization. UV radiation, particularly UVC radiation, is deadly to most pathogens. HVAC systems fitted with UV lights can sterilize air as it passes through the unit, vastly reducing the viral load in the air that blows out, but researchers are still trying to determine their effectiveness. If particles are blown away to others before ever entering the unit, this won't be as effective as we may hope—and that's not the only problem.

Because we're still studying this virus, we also don’t yet know how much UV exposure is needed to do the job. According to an article set for publication in BMJ Yale, depending on the materials and the pathogens, UV radiation can take minutes or even hours of direct exposure to destroy some microbes. If SARS-CoV-2 falls into the latter group, then UV lights added to existing HVAC systems might only offer partial protection.

Businesses might be able to increase their systems’ effectiveness by adding HEPA filters, although they can also only reduce, not eliminate, the threat. HEPA filters can only reliably catch particles 0.3 micrometers and larger. Coronaviruses are about 0.1 micrometers wide. This means many copies of the virus are likely to get through. However, some particles do still get trapped, and a good filter will likely reduce the viral load in the air. Combined with a UV filter, the effects could make a real difference—assuming we can get the particles up into the system before they're blown away to others via air current.

Another option, albeit much more expensive and far less energy efficient, is to change the amount of fresh, outdoor air an HVAC unit pulls in. An article published in Allergy and Rhinology describes the effectiveness of diluting the air indoors, explaining that increasing an HVAC’s outdoor air intake by 3-5 times the minimum requirement can enable it to flush out up to 95% of unwanted particles in less than an hour. This means the unit must work harder to heat or cool the building, but it’s also distributing more fresh air, reducing the viral load in the interior spaces. Research is ongoing as to how effective this may be.

There are many scientists working on ways to improve our indoor experience in terms of safety and comfort. How lucky are we? COVID-19 is a persistent foe, and the battle is far from over. It’s clear at this point that we’re not going to stop this invader in its tracks until we change our approach on a number of fronts, HVAC included.  In the meantime, we suggest plenty of time outdoors to avoid the potential threat of indoor air. But, honestly, all of that outdoor air is good for us, so who's to complain?

Written by Wellness Editor
Wellness Exists to Empower Health Conscious Consumers. Wellness.com helps people live healthier, happier and more successful lives by connecting them with the best health, wellness and lifestyle information and resources on the web.
View Full Profile Website: http://www.wellness.com/
Comments
http://www.wellness.com/blog/13301181/reconsidering-the-hvac-during-covid-19/wellness-editor
Interesting, reasonable information. Yet, learning how easily & quickly spread SARS-CoV-2 is through HVAC symptoms certainly gives pause to the wisdom of packing our schools during a season which air-conditioning is a must.
Posted by Persephone

The Common Additive That Could Wreck Your Metabolism
Wellness Editor