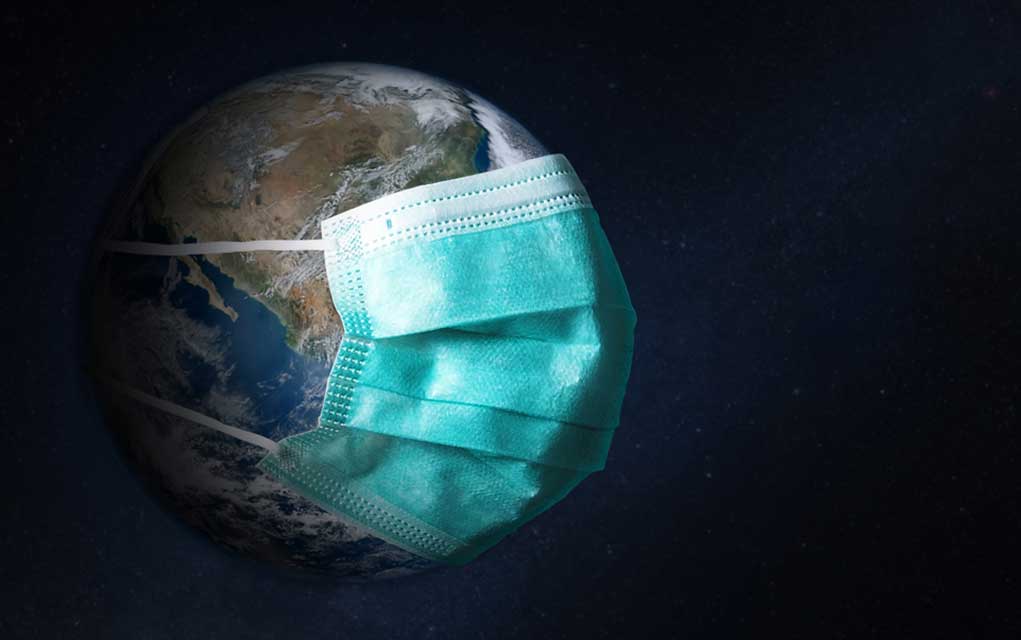 COVID-19 has left many of us feeling worried and uncertain about the future. We’ve watched the statistics, holding our breaths collectively as the numbers change. We’ve crossed our fingers while protests surge and reopenings abound. And now, we can only wait and see whether we’ve set ourselves up for a an even more devastating wave of disease.

A look around the world has shown us how dangerous it can be to return to business as usual too quickly, even when we do it carefully. With several US states pressing on with reopening plans and waves of protestors taking to the streets, we could easily see a devastating resurgence very soon. Already, our numbers are rising, and we're surpassing most of the rest of the world in cases.

We were warned early on that in order to flatten the curve and save lives, we had to take certain precautions. While many states did take those precautions, they seem to have let up too soon and the curve never got the chance to flatten out. We’ve seen resurgences in other countries that had thought they’d knocked the disease out completely, but not generally on the scale being seen in the United States.

In some places, they are now seeing a resurgence where the U.S. never ended the first wave. Consider South Korea. According to a recent Time article, active cases in the country went from negligible in mid-May to over 1000 new infections practically overnight just 2 months later. This was only weeks after officials began to reopen schools and lift restrictions on entertainment and sports venues.

Pushing the Boundaries or Testing the Waters?

People have been eager to get back to their lives, and businesses are desperate to return to normalcy as they ride the ragged edge of staying afloat. As a result, some states have been working to slowly reopen, and some are already well into their first or second phases. And as many worried, infections and death rates have already begun to rise in many of these states.

Oregon’s governor, Kate Brown, announced a “1-week pause” in reopening plans after the state saw its numbers begin to rise. Texas, particularly the Houston area, just saw its largest increase in confirmed cases since the beginning of the pandemic. Harris County judge Lina Hidalgo warned that her jurisdiction could be “approaching the precipice of a disaster.”

Since mid-May, US residents have been gathering to voice their frustrations, beginning with protests against pandemic restrictions themselves. Then in June, the death of George Floyd had a new set of protestors taking to the streets. According to recent reports, however, at least the latter protests have not caused the spike in cases that many feared — primarily due to the use of masks, it seems.

We could be well on our way toward an even higher spike than we thought possible, so it’s more important than ever to take precautions to keep yourself and your loved ones safe. Continue to practice social distancing; wear a mask every time you go out in public; and take practical measures to defend your home with good cleanliness practices. Remember that we’re far from having beaten this pandemic and we can all save lives by choosing masks and cleanliness.

COVID-19 is a formidable foe, and we’re still waiting to see the full ramifications of recent events, so now is not the time to be letting our guard down. Stay home unless it's a necessary trip. Do your best to minimize interactions with people outside your household — and make sure to wear a mask as well as insist on others around you doing the same. And if you have any symptoms at all, quarantine yourself and call your doctor for further direction. If we each do our part, we can flatten the curve back down for good.

Written by Wellness Editor
Wellness Exists to Empower Health Conscious Consumers. Wellness.com helps people live healthier, happier and more successful lives by connecting them with the best health, wellness and lifestyle information and resources on the web.
View Full Profile Website: http://www.wellness.com/
Comments
http://www.wellness.com/blog/13300061/monitoring-the-coronavirus-resurgence/wellness-editor
I think the test are showing a lot of false negative an blood donations showing anti-bodies are being reported as new cases
Posted by ajr10@bellsouth.net