Directory > Blog > Lying to Appear More Honest is a Thing

Lying to Appear More Honest is a Thing 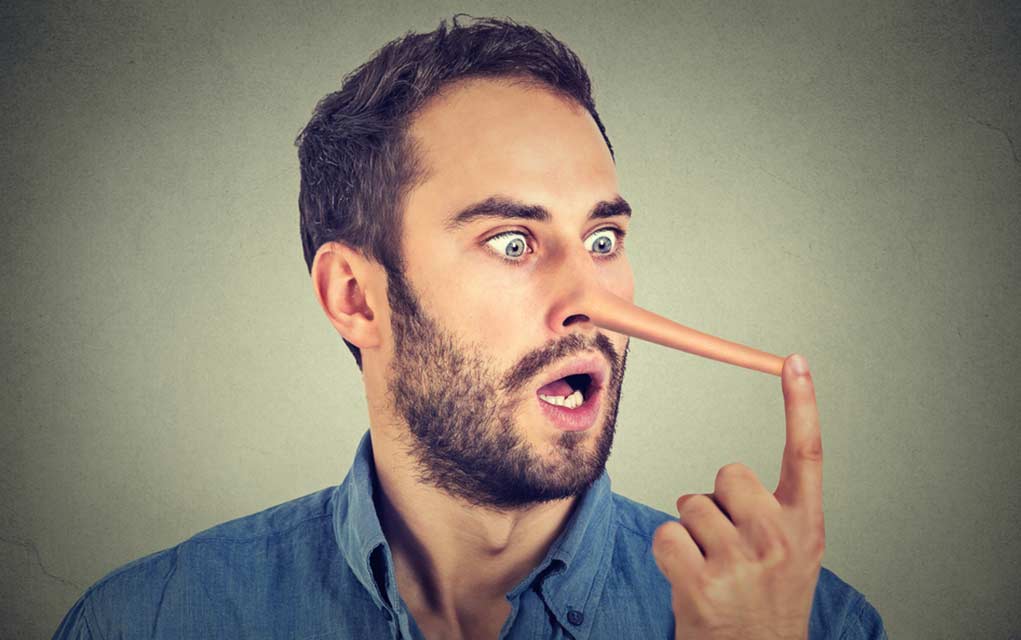 Withholding information, or even flat out lying because of the fear of being called out as lying if the truth were revealed is actually a thing. In fact, in some circles, it's common practice. People lie, sometimes for some pretty ridiculous reasons. And in many cases, it turns out that people lie for the sake of honesty itself.

People generally need a reason to lie. We humans tend to value honesty, and the majority of us feel bound to be truthful for more than the fact that it’s the right thing to do. We're usually truthful because we want to be trusted, and we know being dishonest is a good way to destroy others’ faith in our integrity.

According to a study on the evolution of deception, there are four basic types of lies:

But there is another, more complicated type of "white lie." One that falls on a fuzzy line — one that causes honest people to lie in an attempt to preserve their good name.

An example: Staying silent about an outstanding grade as the rest of the classroom bemoaned their terrible scores. Or how about rounding down the number of hours or amount of work that went into a project because due to the fear of being seen as or being accused of inflating hours. A study recently released by the American Psychological Association found this type of behavior to be common. Simply put — some of us lie when we're afraid that the truth will look like a lie.

The researchers created numerous scenarios that would test out this type of lie. In the first study, they asked a group of 115 lawyers to offer a sample bill based on a number of reported hours. Many of the participants billed far lower than the actual number for the hours worked, and they did it because they feared the actual number would look suspiciously high.

In another study, the researchers asked 159 college students to imagine one of their scores hadn’t been recorded. Some participants received perfect scores but were told the rest of the class performed poorly, while others were told they received the same low score as the class average. With only their memory of their score, they needed to report the number to their TA for grade input. Some students with perfect grades chose to report lower scores so they wouldn’t be accused of taking advantage of the situation.

Another study showed people will lie even when it’s to their financial detriment, simply because they don’t want other people to think they’ve rigged or lied about outcomes. In fact, when money is involved, people are more likely to downplay good luck or excessive outcomes for fear of being labeled a cheat.

And it's that a strange thing. We dislike people who lie so fiercely that we will lie so that we appear more honest. What complicated creatures we are. And how great that there are psychologists to show us our own foibles and oddities.