Red Meat: Is It Healthy Again? 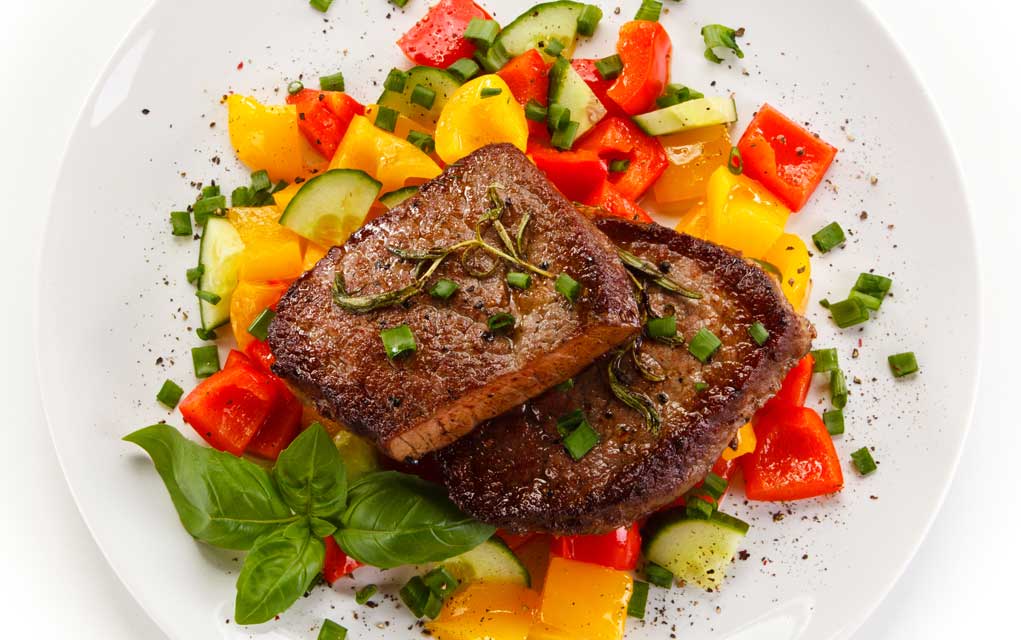 Nutrition experts and the medical community alike have long advised against eating red meat, saying that regular consumption leads to a higher risk of cancer, cardiovascular disease and premature death. However, five separate reviews of the studies used to establish the red-meat warnings have shown that the evidence against red meat may not be as strong as previously thought. So what's the deal? How can we ever sort this out?

Long thought to be unhealthy, red meat is getting a second look. Numerous reviews of known information are claiming that reducing red-meat consumption has no positive impact on health. Let's look a little deeper.

Red Meat and Your Health: The Study

An ominous study convinced the medical community and the nation at large that consuming red meat was unhealthy. The study, performed by the Harvard School of Public Health, determined that each extra serving of red meat per day increased the risk of premature death by 13%. Processed meats, sausage, bacon and others, increased the risk by 20%. But some are pushing back.

The basis of the new findings are reviews of available information that spanned three years and included articles, 55 populations and 4 million participants. It's important to note these are reviews, not studies. In these reviews, the scientists concluded that the link between red meat consumption and disease/death was small and the evidence to the contrary was less than completely convincing. So if you're a meat-eater, that's good news.

How Much Red Meat Is Too Much?

Red meat can be part of a healthy diet, but too much can be detrimental to health. For this reason, the World Cancer Research Fund recommends eating no more than three portions of red meat per week. Keeping in mind that a portion is actually pretty small—the size of a deck of cards. So that burger? Probably two servings or more.

And, instead of eating fast food burgers or other high-fat red meats, consume lean cuts of red meat, such as sirloin tip steak, top sirloin steak, eye of round roast and bottom round roast. Keep it as lean as possible and work on lowering consumption.

Should You Alter Your Eating Habits?

If you eat red meat more often than two to three times per week, you may want to alter your eating habits to include less red meat in your diet. Keep in mind, however, that you should be eating lean cuts of meat, not fatty ones.

There is a link between people who eat a lot of red meat and poor health so it's best to keep a tally of how much you're consuming. However, there is room for moderation if necessary. So, unless you’ve been told by a doctor to avoid red meat, you can continue to enjoy it in some capacity.

Written by Wellness Editor
Wellness Exists to Empower Health Conscious Consumers. Wellness.com helps people live healthier, happier and more successful lives by connecting them with the best health, wellness and lifestyle information and resources on the web.
View Full Profile Website: http://www.wellness.com/
Comments
http://www.wellness.com/blog/13297382/red-meat-is-it-healthy-again/wellness-editor
Just goes to show that if you wait long enough, eventually a study will come out that justifies your diet and lifestyle.
Posted by Jb