The Germ That Causes Bad Breath... and Alzheimer's Disease? 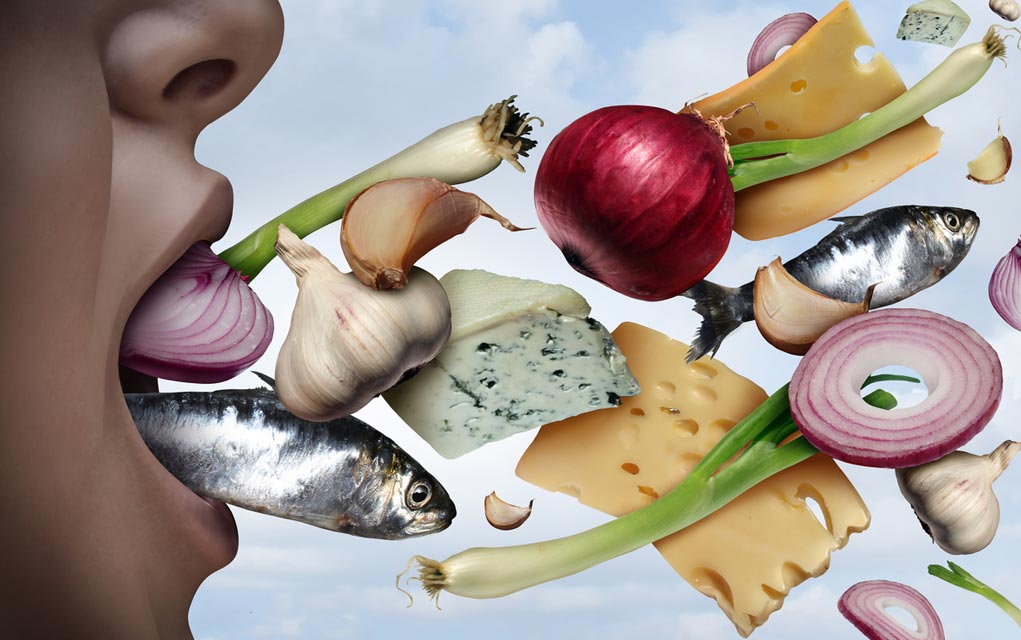 It might seem like a bizarre connection, but a common mouth germ could be responsible for more than just bad breath. It may be one more puzzle piece in understanding why and how Alzheimer’s disease forms.

The bacteria that causes bad breath and gingivitis, the same mouth germ that can cause endocarditis if it travels to the heart, may now be implicated in Alzheimer’s disease. Studies have shown the buildup of beta-amyloid proteins and tau, long believed to be the destructive forces behind Alzheimer’s symptoms, may actually be a response to the bacteria’s presence. There's more, so let's take a look at this discovery and what's happening as a result.

Do you or someone you know suffer from gum disease? There may now be one more reason to get that infection under control. Researchers have discovered cultures of Porphyromonas gingivalis growing in the brains of Alzheimer’s patients. P. gingivalis is the mouth germ most commonly associated with gum disease.

The germ produces a toxin called gingipains, which has shown evidence of being neurotoxic. Studies on mice have shown chronic, low-level infection with P. gingivalis leads to accumulations of gingipains in the hippocampus, one of the areas of the brain responsible for memory. The infected mice also showed neurodegeneration symptoms that were consistent with Alzheimer’s disease.

We’ve long known that infections in the mouth can make their way to other areas in the body. For example, bacterial endocarditis often originates as an infection in the mouth. But it’s only been recently that we’ve begun to develop theories about how such an infection might affect the brain.

One of the most significant pieces to the Alzheimer’s disease puzzle has been findings on tangled proteins called beta-amyloid and tau. Researchers have long understood that there’s a connection between a buildup of these proteins in the brain and Alzheimer’s disease, but the common belief has been that they’re the root of the illness. Now, studies are showing that gum disease may be to blame.

It all points back to gingipains, the neurotoxin the gingivitis bacteria give off. Gingipains alters the shape and function of tau, making it more prone to tangling. It also appears to be the reason behind the high amounts of beta-amyloid associated with Alzheimer’s symptoms.

Beta-amyloid can be incredibly destructive wherever it accumulates, but it may also serve as a defensive barrier. When bacteria like P. gingivalis find their way to the brain, you’re likely to find deposits of beta-amyloid trying to contain and destroy it. Alzheimer’s symptoms occur when that response becomes excessive — and that’s where genetics come into play. Some people appear to be genetically predisposed to respond more aggressively to the bacteria’s presence, supporting previous observations that Alzheimer’s disease often runs in families.

With the understanding that P. gingivalis and its neurotoxin gingipains are the likely sources of beta-amyloid and tau accumulations, researchers are looking for new approaches to treating it. One pharmaceutical company, Cortexyme, Inc., is conducting the second phase of clinical trials on a medication that targets gingipain. The GAIN Alzheimer's trial is currently recruiting people between 55 and 80 years old who have mild to moderate Alzheimer’s disease to test the safety and efficacy of this new medication. So maybe we're not far off from a solution to a problem that has torn families apart for far too long.

Alzheimer’s disease has confounded researchers for decades, but new insights into its cause of could take treatment to a whole new level. Be on the lookout for updates on the GAIN Alzheimer’s trial. The cure could be right around the corner.