5 Rules to Fighting Fair With a Spouse or Partner 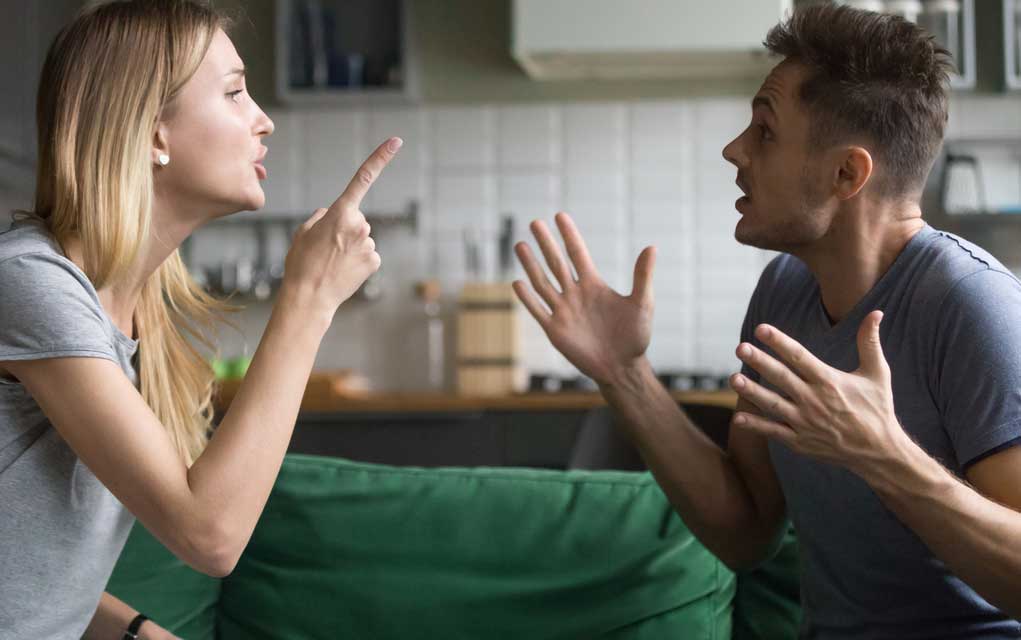 Fighting may be human nature. Sure, some couples fight more than others, but that’s not really what counts. The way we fight is much more important than how many fights we get into, says Glamour. Fighting fair can resolve conflicts, build trust and bring us closer together. Dirty, ugly fighting, on the other hand, can ruin a great relationship. For this reason, it’s vital that we learn how to fight the right way.

Fair fighting doesn't come naturally to most people. In order to respect our partners and foster trust, we must learn how to fight with compassion and respect, staying true to the subject at hand. And obviously, we should never broadcast our fights to others. Avoid hitting below the belt. And, remember, feedback, negotiation and compromise are vital for a successful, productive fight. Discover the rules for fighting fair, below.

1. Stay Focused on the Problem

We have to keep the train from going off the rails by sticking to the subject at hand. Do not go off on a tangent about other subjects or something that happened last month. Rolling everything into one fight isn't productive, and it will prevent advancement toward a real resolution of the current issue.

What’s worse, it can damage the relationship. Bringing up past offenses can make our partners feel trapped and helpless, says Harley Therapy. Like they're being piled on. So it's best to stay on track. Keep the fight about one issue and work through that one problem from start to finish.

Do not fight in front of children or family members. Always hash out disagreements alone with the understanding that your discussions are private and will remain so. As tempting as it may be, do not run to friends or family members to vent. Doing so can cause trust issues in your relationship and may cause your friends and family to turn against your partner.

3. Do Not Deliver Low Blows

Fighting fair means maintaining a respectful approach. Respectful fighting doesn't put down anyone or deliver low blows, name call, or dredge up embarrassing past mistakes. Never threaten to leave. Men’s Health also advises against using dismissive language, such as “whatever,” “fine” or “great.” These terms do not validate feelings and may cause an escalation of the disagreement. Instead, use positive, affirming language that promises that you're both on the same side, seeking the best possible outcome, and work toward a solution together.

Miscommunication is common during heated discussion. Avoid misunderstandings by asking for feedback or clarifying language. Also, repeat back what has been said so that everyone knows they've been heard. Consistent feedback and clarification are vital for good communication.

5. Learn to Negotiate and Compromise

For a fight to be productive, it must come to a positive, fruitful conclusion. Which may include compromise but it can also include acquiescence as long as it's not always the same person getting what they want. Remember, fairness is important.

A great compromise not only solves the issue but ideally, it also benefits both partners. Each partner must sacrifice and/or get something in the compromise, advises Body + Soul. But it can be difficult to reach a compromise when angry. Don’t be afraid to take a break and reconvene at a specified time to conclude the argument.

And if the problem can be resolved through acquiescing instead of compromise, that's okay too as long as no one feels at a disadvantage or as if they've "lost."

Disagreements are never comfortable. But a fair fight is sometimes the only way to resolve conflict so everyone can move forward and live in harmony — and it can even bring people closer. Fighting (fairly) can lead to more trust and greater intimacy within the relationship. When we fight for a cause with honor and respect for our significant other, we can both be better for it.

Could a Watch Save Your Life?
Wellness Editor