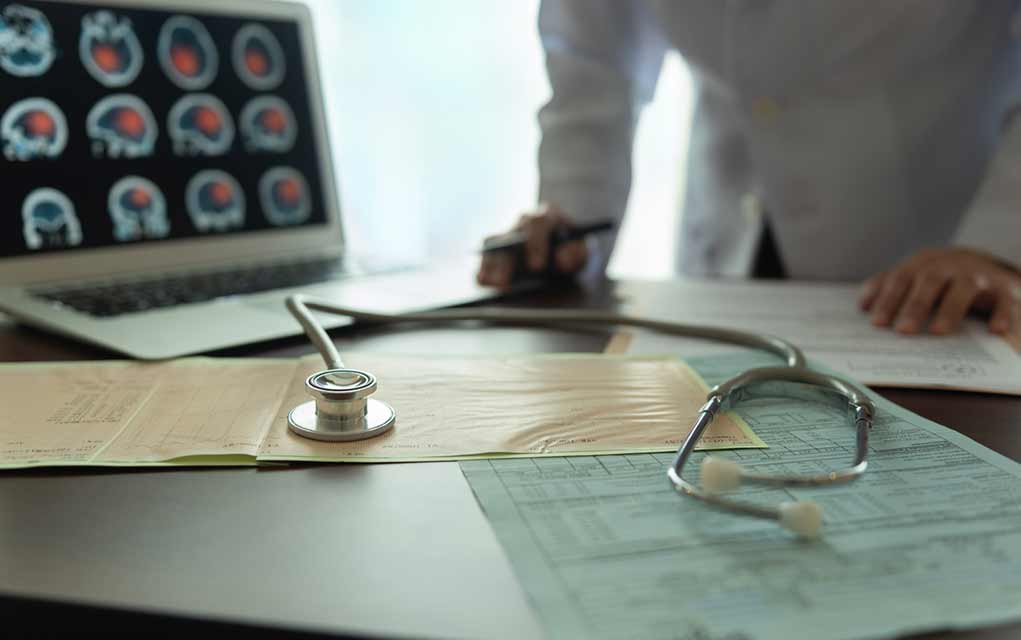 When a stroke hits, so begins a race against the clock to restore circulation and normalize fluid pressure in the brain. Brain damage can begin if the problems aren’t resolved within minutes, and severe damage can be long-lasting and even permanent, if not deadly. A new treatment may be able to normalize brain pressure and reduce potential damage.

Ischemic strokes cause brain damage because of two factors: lack of oxygen and cerebral edema. Current treatments are often successful in restoring circulation, but the edema has been tougher to treat. Researchers recently discovered that a medication typically used to treat high blood pressure and enlarged prostates can restore normal brain pressure, halting the damage and accelerating recovery. This is a potentially life-saving discovery.

The Impact of Stroke

About 800,000 people suffer from strokes each year in the United States, and treatment is largely based on the type of stroke that's happened. The most common type of stroke is ischemic, which occurs when an artery becomes clogged, depriving the brain of fresh oxygen. Treatment usually involves injecting medications into the bloodstream to dissolve the clot, although sometimes angioplasty or surgical intervention is necessary.

The other type of stroke is hemorrhagic, which is usually the result of a brain aneurysm or a complication from malformed blood vessels. Doctors generally need to surgically repair or remove the damaged vessel to resolve a hemorrhagic stroke and prevent further damage. In some cases, stereotactic radiosurgery, or use of directed radiation, can repair damaged areas.

With both types of stroke, neurons begin to die off within minutes of onset. In ischemic strokes, this often comes with a release of chemicals that can trigger fluid imbalances in the brain, leading to swelling. Life-threatening edema can result, which can be a major factor in the level of brain damage a person sustains.

Researchers at the RIKEN Center for Brain Science, along with others at Keio University and the University of Copenhagen, have found a treatment that may be able to reverse the edema associated with ischemic strokes: Adrenergic receptor (AdR) antagonists, or alpha blockers, usually used to manage enlarged prostates and hard-to-treat cases of high blood pressure, may now have another valuable use.

A recent study on mice showed AdR blockers were able to halt stroke damage when administered up to two hours after onset, and the treated mice also recovered movement in their front paws quicker. This means the addition of AdR blockers to current treatments may provide stroke victims faster and more complete recoveries. According to a recent press release, lead author Hiromu Monai said their discovery could be “critical to protecting brain tissue during stroke.”

More effective treatments may be on the horizon, but the best way to avoid damage from ischemic stroke is to avoid having a stroke in the first place. The best way to do that is to live a healthy lifestyle — eating balanced and nutritious meals, exercising regularly and not smoking. Still, strokes aren’t always preventable. Hopefully, this knowledge and other new advances will begin to make them far less devastating.

Written by Wellness Editor
Wellness Exists to Empower Health Conscious Consumers. Wellness.com helps people live healthier, happier and more successful lives by connecting them with the best health, wellness and lifestyle information and resources on the web.
View Full Profile Website: http://www.wellness.com/
Comments
http://www.wellness.com/blog/13294802/this-just-might-cut-stroke-damage-and-increase-the-likelihood-of-recovery/wellness-editor
Thank you Dr Winner for saving my broken Marriage and bringing my husband back to me!.
Me and my husband are living together happily again.. All thanks to Dr. Winner If you have any problem contact Dr.Winner now and i guarantee you that he will help you.Email him at: Winnersspellcast@gmail.com or you can also call him or add him on whats-app: +2348138289852...
Posted by Rosalyn Baux
http://www.wellness.com/blog/13294802/this-just-might-cut-stroke-damage-and-increase-the-likelihood-of-recovery/wellness-editor
Where can IGB031 be found?
Posted by Barbara
http://www.wellness.com/blog/13294802/this-just-might-cut-stroke-damage-and-increase-the-likelihood-of-recovery/wellness-editor
My brother and I both had Diabetes II as I believe our dad and his father before us but it was not as readily diagnosed 60 years ago. Being in the medical field my entire life and selecting to concentrate on natural aids for control has paid major dividends thus far for me and hopefully will for my brother going forward. Nattokinase from Natto tofu has a similar effect of coumadin or warfarin sodium in thinning the blood and delaying in clotting but it does not require continuous monitoring. I have been taking it as a protection against strokes and to help blood pressure and circulation. I brought my A1C from 7.8 to 5.4 seven years ago using IGB031 made from a natural mango seed from only one country in Africa. It also dropped my cholesterol in half and led to weightloss of over 70 pounds with most from waist going from 42 to 34 inch. Go Natural my friends.
Posted by Gary Dubin

Could Going Gluten-Free Give You Heart Disease?
Wellness Editor

Your Diet’s Missing Ingredient for Health and Happiness
Brian Bender