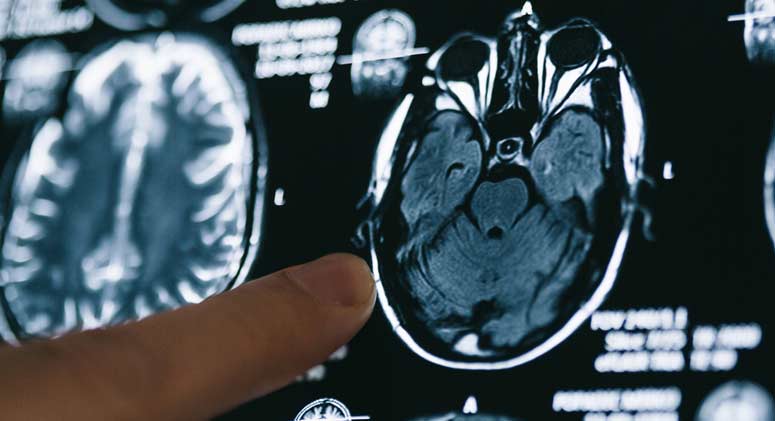 Alzheimer’s disease is a neurodegenerative disorder that causes memory loss, cognitive decline, and death. There is no known cure, and current treatments do little to affect disease progression. Better approaches could be on the horizon, however, and one may include use of delta-9-tetrahydrocannabinol (THC), the psychoactive agent found in marijuana.

Current treatments for Alzheimer’s disease only marginally help symptoms and don’t affect overall disease progression. Might a better treatment come in the form of THC, the active compound in marijuana, which appears to work in numerous ways to protect and improve brain function?

About 5.7 million Americans live with Alzheimer’s disease. In addition to affecting memory and cognition, it can cause sleep disturbances, lead to unsettling patterns in behavior, and strip patients of their personalities. Alzheimer’s disease always ends in death.

A combination of issues appears to cause Alzheimer’s disease, but inflammation and accumulations of senile plaques, neurofibrillary tangles, and misfolded proteins in the brain all play important roles. Conventional treatments have not been able to address these causes, instead working to increase certain neurotransmitter levels that improve immediate brain function. Because of this, they can help with some symptoms, but not overall disease progression.

Studies are mounting on the benefits of medical marijuana, which is now legal in 33 U.S. states. Researchers have found that THC can alter progression of certain degenerative brain conditions, including Alzheimer’s disease. THC binds with endocannabinoid receptors CB1 and CB2 and the receptors have proven so important that they may also hold the key to protecting the brain against damage from traumatic injury, stroke, epilepsy, and cancer.

CB1 receptors, which create psychoactive effects when activated by THC, can alter memory, mood, perception of pain, and coordination of voluntary movements. While marijuana has long been associated with negative effects on memory and cognition, studies are finding its ability to preserve these functions may be profound. Activation of cannabinoid receptors has been shown to reduce the numbers of plaques, tangles, and misfolded proteins in the brain. THC also appears to reduce agitation, which can be especially problematic in Alzheimer’s patients.

THC may be even more effective when combined with a non-psychoactive chemical also found in marijuana, cannabinol (CBD). Both affect CB2 receptors, which primarily influence immune and inflammatory responses. Together, THC and CBD appear to reduce inflammation, improve immune system function and increase cognitive function. Their neuroprotective effects not only show promise in treating Alzheimer’s disease, but also other progressive neurodegenerative diseases like Parkinson’s and ALS (also known as Lou Gehrig's disease and Amyotrophic Lateral Sclerosis).

Attitudes on marijuana are shifting, and with good reason. Like any psychoactive drug, THC does come with a risk of dependence and abuse, but it also has the potential to be a game-changing "medicine;" - let's remember this is an all natural substance that comes from a plant. The benefits of it and other cannabinoids may likely outweigh the risks, especially in life-or-death cases such as Alzheimer’s disease. With additional research and a nationwide open-mindedness, we might even see a cure one day.