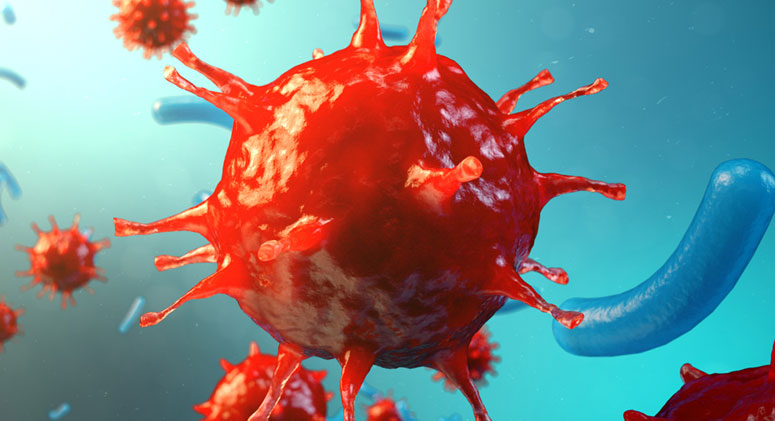 An Israeli researcher and drug developer has isolated a peptide that appears to relieve, and might possibly reverse, the symptoms and effects of a number of chronic inflammatory diseases. So far, the drug has shown promise against Alzheimer's disease, multiple sclerosis (MS) and rheumatoid arthritis (RA), but Professor David Naor, a researcher at the Hebrew University-Hadassah Medical School in Jerusalem, believes his drug, 5-mer, could also treat other chronic inflammatory diseases.

While some chronic inflammatory diseases can be managed, none can be cured… so far. Rheumatoid arthritis (RA), one of the most common chronic inflammatory disease worldwide, costs patients an estimated $30 billion each year. And that’s just to slow disease progression using biologics, the current treatment standard. In addition, biologics only work for two-thirds of those who try them, which leaves far too many people without any treatment options. When you factor in the similar “management” for other chronic illnesses—MS, Alzheimer’s disease, colitis, Crohn’s, and countless others—the worldwide costs are staggering.

Believing the key to curing chronic inflammatory diseases lies in treating the underlying inflammation itself, Professor Naor set out to create a treatment using a peptide known to prevent inflammation. He first tested his drug on mice that had been given symptoms of RA, and the results were extremely positive and tremendously encouraging. After replicating his results numerous times, he moved on to mice with Alzheimer’s, MS, and irritable bowel disease (IBD). Again, he found that removing the inflammation could reverse symptoms of the diseases --- without any side effects.

It will likely be another two years before human trials begin, with millions of dollars still needed to fund further studies, but Professor Naor and his colleagues are hopeful. They note that, although many promising studies on mice fail when moved to human clinical trials, the odds are stacked in their favor: The peptide in 5-mer was developed using human tissue, so its likely to prove just as effective in humans as it is in mouse models.

Written by Wellness Editor
Wellness Exists to Empower Health Conscious Consumers. Wellness.com helps people live healthier, happier and more successful lives by connecting them with the best health, wellness and lifestyle information and resources on the web.
View Full Profile Website: http://www.wellness.com/
Comments
http://www.wellness.com/blog/13289861/this-researcher-found-a-way-to-reverse-symptoms-of-chronic-inflammatory-diseases/wellness-editor
I am glad that research is being done to try to fix debilitating diseases.
Posted by Merlyn Black
http://www.wellness.com/blog/13289861/this-researcher-found-a-way-to-reverse-symptoms-of-chronic-inflammatory-diseases/wellness-editor
Yes and it will cost an arm and a leg
Posted by FRan

5 Insomnia Myths That Could Cost You Precious Sleep
Wellness Editor