Directory > Blog > It Tastes Great and Your Brain Loves It!

It Tastes Great and Your Brain Loves It! 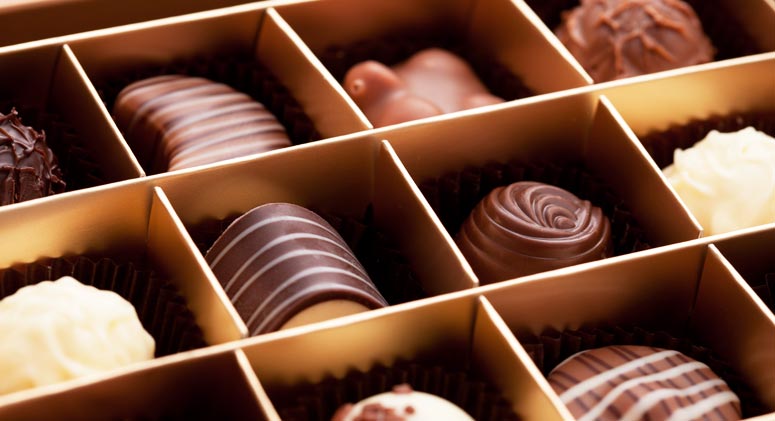 Chocolate. Something about the decadent aroma and smooth, sweet taste stimulates us and makes us feel better no matter what the day seems to be throwing at us. PMS? Chocolate. Bad day? Chocolate. Well, guess what? Now there’s an even bigger reason to dip into the delight, especially the decadent dark stuff.

An Ounce of Chocolate A Day...

Italian researchers now believe your daily “dose” of chocolate may actually be doing more for your brain than anyone originally dared dream. In the study published in Frontiers in Nutrition, scientists have found that people who were exposed to the ongoing stimulation of cocoa flavanols over an extended period of time experienced more beneficial effects on cognitive performance than those who simply had a bite from time to time.

What happened to the study participants after their daily dose of chocolate? Most had improved memories and were better able to process information obtained visually. The ladies in the study were notably more alert and able to function after a night of sleep deprivation if they had chocolate first thing in the morning.

Chocolate and the Elderly

The results for the elderly are even more impressive. In shorter studies ranging anywhere from 5 to 90 days, participants were better focused, processed information faster, had strengthened memories, and were better able to communicate verbally. The super interesting news? The effects of cocoa flavonoids were most notable in the oldest adults --- those already starting to show signs of memory and cognitive issues.

While scientists need to do more research on the subject, one fact remains true --- adding a daily dose of chocolate (especially dark without a lot of added sugar or milk) to your daily routine may actually do you a little bit of good.

Written by Wellness Editor
Wellness Exists to Empower Health Conscious Consumers. Wellness.com helps people live healthier, happier and more successful lives by connecting them with the best health, wellness and lifestyle information and resources on the web.
View Full Profile Website: http://www.wellness.com/
Comments
http://www.wellness.com/blog/13286601/it-tastes-great-and-your-brain-loves-it/wellness-editor
well.....this article is a little lacking in important information....the photo of a box of chocolates would lead folks to believe that THIS is the kind of chocolate they can eat, when the truth is, NO.....you do not mention CACAO as the type to eat, and that it should have at LEAST 72% CACAO CONTENT.
shame on you for being to careless in putting out this important information.......which I believe will cause many to assume 'any' chocolate is OK, when the truth is, IT'S NOT!!!!
Posted by BEN GREGO