Directory > Blog > 15 Benefits of Keeping Hydrogen Peroxide in Your House

15 Benefits of Keeping Hydrogen Peroxide in Your House 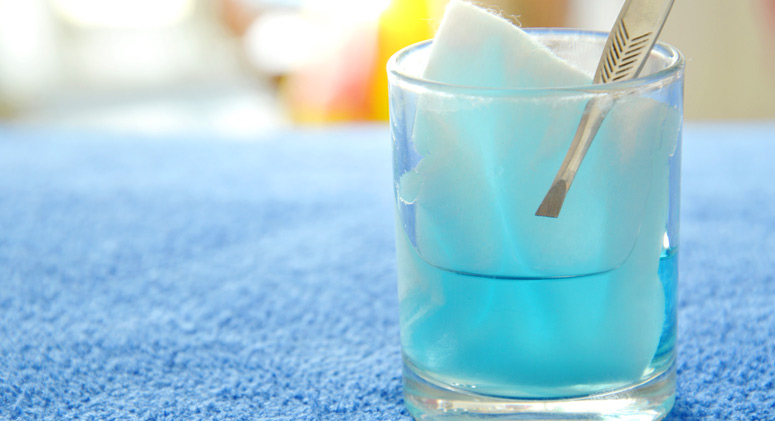 Growing up, your mom may have used hydrogen peroxide to clean a cut or puncture wound. The part water, part oxygen treatment oxidizes microorganisms in an effort to kill them. It is also a safe and effective sanitizer. There are 15 additional benefits of keeping peroxide in the house that will make you want to add the substance to your shopping list and keep it there.

Fill a spray bottle halfway with peroxide and the rest of the way with water. The mixture should get sprayed on fungus-filled feet at night. Let it dry over the feet while you sleep and you’ll notice a huge difference by morning.

Take a store-bought nasal spray bottle and empty the contents. Refill it with water and a just a couple drops of peroxide. Your homemade nasal spray solution will prove much more effective at curing your sinus infection than many other common treatments.

Peroxide acts as an antibacterial agent. When you have a toothache, use peroxide as a mouthwash mixed with coconut oil. Between the two, your discomfort will be eased and your tooth troubles eliminated.

While you’re rinsing your mouth with peroxide to eliminate tooth pain, go ahead and use it for whitening, too. Peroxide and coconut oil together greatly whiten your teeth and leave you with a brighter smile. Just be sure to spit and rinse afterward.

The Clear Care Contact Solution from CIBA Vision uses hydrogen peroxide. The substance acts as a disinfectant and breaks down the proteins built up on the lenses. Make your own peroxide and water solution and see how much clearer things are, including the extra cash in your wallet.

Many cleaning solutions leave streaks across mirrors after they’re wiped. A mix of peroxide and water lets you skip this bothersome sight. Your mirrors will be streak-free with no smears visible to the naked eye.

Humidifiers can handle both water and peroxide. Hydrogen peroxide therapy is a well-known option used by alternative practitioners. About 1 ½ cups of peroxide for per one gallon of water is all you need. Breathing in the peroxide will help to kill off the organisms living in your body, allowing you to breathe easier and feel better overall.

8. Detoxifies and Rejuvenates Your Body

Fill your bathtub with warm water and add about two quarts of hydrogen peroxide. This equates to half a gallon, or roughly eight cups. Soak in the mixture for a half hour to get the full benefits. It detoxifies and rejuvenates your body in just one bath.

Fill your kitchen sink with cold water and add in ¼ cup of peroxide before adding in your vegetables. The substance is an ideal vegetable soak because it kills off bacteria. Drain and dry your veggies before placing them in the fridge. The soak will also keep your veggies fresh for longer periods of time.

Cutting boards, particularly those who have seen meat, should get sanitized regularly. A solution of peroxide and vinegar sanitizes these boards and keeps them from growing bacteria. You can even lay them in the sun for a few hours to best help stop the possible growth.

Extra earwax in your ears can cause discomfort and even problems with your hearing. You can remove this built-up wax easily with hydrogen peroxide. Lay on your side and let a few drops of peroxide fall into your ear. Let it sit for just five minutes before blotting it away with a soft cloth.

The surfaces in your home often contain harmful bacteria. Disinfect them by adding a small dose of peroxide to your cleaning cloth. It works particularly well on kitchen counters and in bathrooms.

Clothing stains, particularly blood, can get removed with the help of peroxide. It works best when you apply the peroxide right away, and especially before it ever gets washed and dried. It is ideal to use the mixture on white clothing rather than colors, as it can cause a lightening effect on colored materials.

If you need to bleach a load of whites, add a cup of peroxide to your wash. The mixture will keep your clothes as white as possible without wearing them out quickly. It is a better alternative to things like bleach or other expensive whiteners.

Peroxide acts as a bleaching agent on hair. Mix it with water inside a spray bottle. You can spray the substance on and comb it through to gain a highlighted look. It only lightens your hair slightly, without making a drastic difference.

With all these benefits, it’s no wonder so many people continue to purchase peroxide. It’s a staple in many households.