Why You Should Start Every Morning With Apple Cider Vinegar

Most people make a beeline to their coffee maker after waking. However, what if it was possible to significantly improve your health with a one-minute morning ritual that could be performed while your coffee is brewing? The only caveat is that this ritual may cause you to make some funny, puckered-up faces. Still interested? 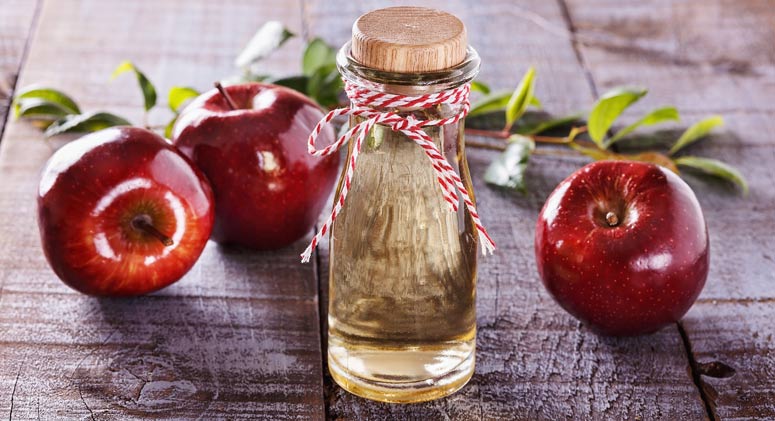 We’re talking about  apple cider vinegar. This vinegar is lauded by nutritionists and doctors across the globe for good reason. It does a little bit of everything for the human body. Perhaps you are on the prowl for a means of beautifying and strengthening your hair. Or maybe you are looking for a way to fend off allergies. Some desire a healthier digestive system. Apple cider vinegar helps in all these areas  and in many  more.

Since apple cider vinegar is quite acidic and sour, it should not be ingested undiluted in a swigging fashion. Rather, two teaspoons should be mixed with a cup of water and consumed with a straw. The point of using a straw is to prevent the apple cider vinegar's acid from wearing away at your tooth enamel. Just make sure to place the straw's end far back on your tongue to prevent contact with your bottom teeth.

How Apple Cider Vinegar Will Boost Your Health:

Apple cider vinegar even stimulates the production of healthy bacteria in the digestive track while spiking energy and balancing one's pH level. Those who enjoy a balanced pH level are better capable of combating sickness. Studies have also shown that apple cider vinegar can clean out the lymphatic system and break apart mucus buildup. As a result, the body is better capable of retaining water and warding off swelling as well as congestion. It is also important to note that the presence of acetic acid in apple cider vinegar ameliorates the release of iron from food during the digestive process. This increase in iron absorption allows the body to make better use of oxygen, which consequently causes more energy to be consumed and ultimately results in weight loss.

Why it is so Important to Drink Apple Cider Vinegar in the Morning:

It prevents over-eating. Wouldn't it be nice to avoid those pesky hunger pangs in the morning and afternoon? Apple cider vinegar just might be the answer to your incessant cravings. Several recent studies have shown that this liquid's acetic acid serves to heighten satiety and suppress appetite, thereby increasing the odds of weight loss. A growing number of medical experts believe that apple cider vinegar's pectin fiber is responsible for tricking the human body into thinking it is full.

Who would have thought that a couple of teaspoons of apple juice, combined with bacteria and yeast, could suppress a voracious appetite? This is the magic of apple cider vinegar.