Directory > Blog > 3 Reasons To Ditch Sugar That Might Surprise You! 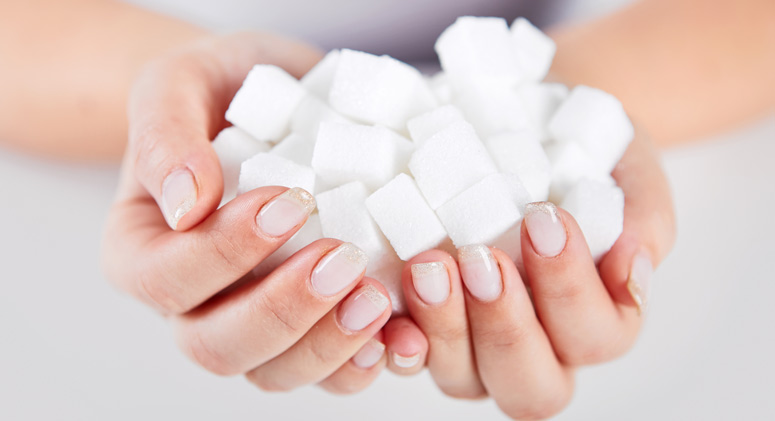 Sugar consumption has risen to an all time high. The average American eats somewhere around 20 teaspoons of sugar every day (estimates vary, depending on which study is consulted); this translates to about 66 pounds of added sugar per year. However, some people are consuming much more than that, maybe even twice as much.

Some Starbucks' drinks may have as much as 25 teaspoons of sugar in one drink, according to Action on Sugar, a British campaign group. The New Hampshire Department of Health and Human Services states that 200 years ago the average American ingested about 2 pounds of sugar per year and today consumes about 152 pounds per year (that's almost 3 pounds of added sugar per week). This indicates that many Americans now consume, in one week, the same amount of sugar that it took their ancestors an entire year to consume!

There was a time not that long ago when sugar was mostly in desserts. Now, it’s showing up in everyday foods like peanut butter, marinara sauce, and yogurt. You may have heard that sugar wrecks your teeth, packs on the pounds, and can contribute to diabetes.  But you may not know about other problems that are linked to a sweet tooth.

Sugar Considered as Addictive as Cocaine
James DiNicolantonio, a cardiovascular research scientist at St. Luke’s Mid-America Heart Institute, published a review of dozens of studies and concluded that refined sugar is similar to cocaine and that studies show it can be as addictive as cocaine. He noted that: "When you look at animal studies comparing sugar to cocaine, even when you get the rats hooked on IV cocaine, once you introduce sugar, almost all of them switch to the sugar."

The British Journal of Sports Medicine reports that in both animals and humans, the evidence shows significant parallels and overlap between drugs of abuse and sugar, from the standpoint of brain neurochemistry as well as behaviour.

Sugar Makes You Age Faster
Sugar is a major cause of glycation inside your body—a process wherein sugar binds to protein or fat and forms advanced glycation end products (AGEs). AGEs contribute to inflammation and are connected with visible signs of aging (including wrinkles, especially on the face), type 2 diabetes and a variety of other diseases. Overconsumption of sugar can make you age faster and more visibly, and it can shorten your lifespan. Limiting or omitting sugar can be key to longevity and a younger looking appearance.

Sugar is Actually Worse for Your Heart Than Fat or Salt
Fat and salt have been trumped by sugar as being most implicated in heart disease. James DiNicolantonio, in his review of dozens of studies, concluded that sugar is more dangerous than salt when it comes to cardiovascular risk.

The New England Journal of Medicine reported that “people with nonalcoholic fatty liver disease are more likely to have a buildup of cholesterol-filled plaque in their arteries, to develop cardiovascular disease, and to die from it.”  Sugar can cause fat to accumulate in your liver. It’s known as lipogenesis—a process whereby sugar causes little fat droplets to collect in your largest internal organ of elimination.

In 2010 the Journal of the American Medical Association published a study that showed “people who ate the most sugar had the lowest HDL (good cholesterol) and the highest blood triglyceride levels.”

With all these studies and overwhelming evidence that sugar causes major problems, most people have been convinced that it’s time to ditch the sweets, or at least moderate them a lot more. It’s not that hard, really. With a little effort, wise shopping, reading labels, and making yummy treats with natural sweeteners, you can keep the white villain at bay. 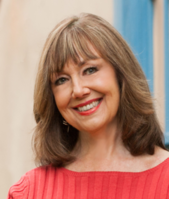 Written by Cherie Calbom
Known as “The Juice Lady," celebrity TV chef, author of 32 books, and America’s most trusted nutritionist, Cherie Calbom holds a Master of Science degree in whole foods nutrition from Bastyr University. Her latest book, Sugar Knockout, has been featured in scores of publications including MSN.com, NY Daily News, and Esse...
View Full Profile Website: https://www.juiceladycherie.com/
Comments
http://www.wellness.com/blog/13282048/3-reasons-to-ditch-sugar-that-might-surprise-you/cherie-calbom
Special thanks to HACK VANISH, a professional hacker I’ve been hiring for the past 2 years because, I find him to be an outstanding hacker who has aided me in various hacking related issues, ranging from fixing my poor FICO credit score of about 437 TransUnion, 462 Equifax to 802 plus excellent score, tracking my cheating husband’s phone and currently has helped me recover my lost crypto funds from an online scam investment I recently ventured into, I must confess he is the best, quite brilliant, ever since I discovered him through a positive review I saw on Wallet Hub and reached out to him via Email: HACKVANISH @ GMAIL. COM, and Phone: +1(747) 293-8514, to which he responded in less than 10mins, I have never regretted working with him, he’s been quite helpful and highly efficient. I Would recommend his services to anyone without hesitation.
Posted by Layla Cole
http://www.wellness.com/blog/13282048/3-reasons-to-ditch-sugar-that-might-surprise-you/cherie-calbom
I decided to buy a house here in Denmark,we agreed to do the transaction via bitcoin. The home owner sent me the wrong wallet address which I made a payment of $485,000 worth of Bitcoin to,we later realized the mistake after the payment had been made. All my friends told me to forget about the money and that it can't be recovered again,I refused to accept that and went into a thorough search online to see if anything can be done about it. luckily for me i saw reviews about this recovery expert, i contacted him on BACKEND RECOVER at RESCUETEAM dot com, explained what happened to him,sent him the wallet address and the hash,i can happily tell the whole world today that he has recovered my lost Bitcoin back to my Blockchain and Trustwallet account. I have not met someone as sincere as him before
Posted by Lasse Toft
http://www.wellness.com/blog/13282048/3-reasons-to-ditch-sugar-that-might-surprise-you/cherie-calbom
I know about sugar but what about Stevia?
Posted by Rita