The Scandalous Truth About Saturated Fats 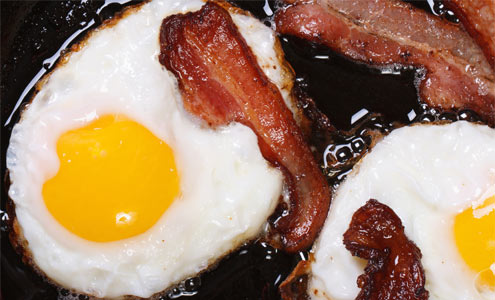 Unless you were born prior to the mid-twentieth century, you've heard this warning all of your life: “Saturated fats are bad for you. They increase cholesterol and cause heart attacks." I sure did. My mother would only make us eggs for breakfast once a week because she didn't want the family to get clogged arteries.

The house was filled with low-fat this and reduced fat that, diet this and sugar-free that. We ate margarine more often than we ate butter. And we were all overweight nevertheless. My father died of diabetes and my brother and I both are insulin resistant as well. My mother suffers from heart trouble and has endured open heart surgery.

So what the hell happened? What I have since learned is frankly shocking and appalling.

For more than six decades, the medical establishment and government agencies have warned us not to eat foods containing saturated fats, particularly fats derived from animals that become solid at room temperature: marbled meat cuts, fatty poultry skin, butter, whole-fat cheese, cream, and so on.

In the 1950s, scientist Ancel Keys claimed that people living in the Mediterranean region were healthier because they ate less saturated fat. When Keys became a member of the American Heart Association's advisory committee, he pushed his theory—that saturated fats and dietary cholesterol led to cardiovascular disease by causing plaque buildup in the heart and arteries. It was accepted as fact by the AHA in spite of objections from other scientists that Keys' research was flawed by bias and faulty design.

Food processing companies began replacing saturated fats in their products with hydrogenated vegetables oils. The pharmaceutical industry jumped on the bandwagon and developed a multibillion dollar drug aimed at lowering cholesterol in humans. The caution that all saturated fats are dangerous to your health became so ingrained in public thinking that many of us feel guilty if we even think about the taste of butter. Products like “I Can't Believe It's Not Butter" became part of the lexicon. And even Mother Nature was fooled by Chiffon margarine in this classic commercial from the 70s .

Meanwhile, British researcher John Yudkin protested that sugar was main causal factor in heart disease, rather than saturated fat, and ensuing studies supported his hypothesis. Still, medical and government organizations maintained a hard line on saturated fats while controversy grew over their role in cardiovascular disease.

The debate intensified with research by scientists from the University of Cambridge was published. They analyzed 76 prior studies of the effect on heart disease risk due to fatty acid intake and concluded: Saturated fat does not increase the risk of heart attack.

In fact, there is evidence that the polyunsaturated fatty acids (PUFAs) touted as healthy for the past half century are unstable and oxidize faster than saturated fats. Oxidation causes inflammation in the body, a major precursor of cardiovascular disease and other serious and chronic diseases. Nevertheless, we need some PUFAs to supply essential fatty acids omega-3 and omega-6, which cannot be made in the human body and are needed in moderate amounts (a few grams per day) to maintain its proper functioning.

Up-to-date data suggests the ideal ratio of omega-3 to omega-6 in the human diet is 2:1, but most Westerners eat 1:16, with emphasis on highly-inflammatory omega-6. Omega-3 can be found in flaxseed oil, wild-caught Alaskan salmon, canned chunk tuna, walnuts, and eggs.

The most dangerous type of dietary is trans fat, partially-hydrogenated vegetable oil that becomes solid at room temperature. Trans fat is used in many processed foods because of its long shelf life. U.S. food label laws regarding trans fat are lenient, and a product containing less than 0.5 grams per serving is allowed to read, “0 trans fats." You need not be a math whiz to realize that several servings per day of food thus mislabeled give you a significant amount of trans fat, proven detrimental to cardiac function. If the ingredients list includes “partially hydrogenated vegetable oil," be warned the product contains trans fat, though less than 0.5 grams per serving.

Monounsaturated fatty acids are also needed by our bodies. Resistant to oxidation, this type of fatty acid has a positive effect on cardiovascular function. In the PREDIMED Study by the Universitat de Barcelona, dietary supplementation with four tablespoons of extra-virgin olive oil daily plus tree nuts (especially walnuts, almonds and hazelnuts), all monounsaturated fats, reduced the risk of cardiovascular death, heart attack or stroke by 30 percent.

Contrary to Keys' theory, there is no single cause of heart disease, but several—notably chronic body inflammation, oxidative damage, cellular destruction, and emotional stress, with likely involvement of toxins, viruses, and microbes.

The takeaway from contemporary research about saturated fats is: There is no single cause of heart disease, but several—most notably chronic body inflammation, oxidative damage, cellular damage and emotional stress, with likely involvement of toxins, viruses, and microbes.

If we replace processed carbohydrates, sugar, and trans fats with proteins, complex carbs, and healthy fats in the right amounts, our overall and cardiovascular health should benefit. When choosing saturated fats, especially animal-based products, eat grass-fed or organic rather than GMO-fed meat, eggs and dairy to avoid toxins accumulated in animal fat. Avocados and coconut, plant foods containing saturated fat, are now known to be good for us, as are nuts. Coconut oil is the subject of a clinical trial as potential Alzheimer's Disease treatment.

As new information replaces old about nutrition and health, we should be grateful for corrected misconceptions and take personal advantage of improved understanding. My brother and I have changed our diets, I've lost 50 unhealthy pounds without much exercise, and mom is enjoying eggs and butter guilt-free.

If you've been duped too--get back to butter and healthy fats. Cut the simple carbs, cut back on the grains and you might just get your life back also. 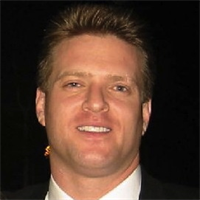 This was great to read. I'll remember all this while im eating my next cheeseburger and munching on homemade cookies.
Posted by snolan760
http://www.wellness.com/blog/13270381/the-scandalous-truth-about-saturated-fats/rob-greenstein
The information is great as far as it goes, but it is history not cutting edge. Ghee, made from butter and hemp seed oil are two magnificant fats. Straight Butter is not as healthy a choice.Eggs from free range hens fed organic Flax Seed are preferable. People with Type A blood need a max of 1 Tbl of oil daily; Oils from Flax, hemp, and Ghee have medicinal value. Familiarizing oneself with Epigenetics and Human Individuality as researched and presented by Dr. Peter J. D'Adamo is a mandatory step in learning the science of foods selections. ONE SIZE DOES NOT FIT ALL.
Posted by david
http://www.wellness.com/blog/13270381/the-scandalous-truth-about-saturated-fats/rob-greenstein
Great article. Quite eye opening.

As someone who grew up on processed foods and following the outdated government dietary recommendations I am finding it difficult to adapt to the "new" low carb/high fat diet strategies. I would love to hear more about the details of your weight loss and how you turned your health around in a future post (how you transitioned off carbs, recipes, meal ideas, shopping lists, etc).

Thanks for letting us in on the journey. Keep them coming!
Posted by Eric
http://www.wellness.com/blog/13270381/the-scandalous-truth-about-saturated-fats/rob-greenstein

Hey, thanks for the great article

I went to a cardiovascular hospital to see a friend, and I've seen more youth than old in there. Most of the older people continue to eat saturated fat and are far more healthy than younger people. My grandmother has 80+, is eating all her life saturated fats and is still strong, screams and active.

Mother Nature has the best answer, if we would look at simple things and form opinions we would be so much healthier. Cows and sheep, that live on hills - eat only grass and still are fat animals, while lions and tigers - eat only meat - and are very light and muscular. In Africa they feed cows with bananas, to make them fat.

Eating only salads will not make you slim and beautiful.

Best remedy is to eat like caveman and go to the gym - it works for me at least.
Posted by Pavel Lipcean