It’s Never Too Soon to Start Nurturing Your Bones

If you are a woman of a certain age, you are probably concerned about bone health, and rightly so. Older women are most at risk for declining bone mass, thanks mainly to rapid hormonal changes around the time of menopause. But that doesn’t mean men get off scot-free. Osteoporosis is well-known as a disease of aging; by age 70 men are losing bone just as rapidly as women.

For many years, another worrisome trend has been percolating away. More and more younger people are developing osteoporosis. Those most at risk include body-conscious achievers or at the opposite end of the spectrum, classic indoor-dwelling couch potatoes, whose bone-building cells become lazy in response to gathering dust. Spending too much time indoors also reduces exposure to the sun, a primary source of bone-supportive vitamin D.

Younger people can develop osteoporosis for many reasons. Some genetic variants raise the risk of having weak bones, as do numerous diseases like autoimmune conditions and gastrointestinal disorders. Commonly prescribed medications can also play a role. But when low bone density shows up long before its time, poor lifestyle choices are usually to blame. These include nutrient-deficient diets, sedentary behavior, smoking, excessive alcohol intake, and even drinking too much coffee.

Young women are especially high-risk thanks to societal pressures that equate beauty with thinness. Also playing with fire are female athletes driven to keep their body weight low. Bobby Clay, a British middle-distance runner was diagnosed with osteoporosis at age 20.  In a 2017 article published by Athletics Weekly, she described her relationship with food as “frightful.” She was so malnourished she didn’t have periods, which among other problems short-changed her on estrogen, a bone-building hormone.

Adolescents are Prone to Eating Poorly

Adolescents are especially vulnerable to the nutritional deficiencies linked with osteoporosis. Almost half of our bone mass develops in young adulthood, which means it’s vital to consume an adequate supply of bone-building nutrients while young. As it happens, adolescents have notoriously bad eating habits. Go-to edibles usually include nutrient-poor processed foods often washed down with soda. And herein lies another problem: Soft drinks are high in phosphates, which rob bones of calcium. Soda has also been shown to promote inflammation, as do processed foods, Numerous studies have linked a diet high in processed foods with poor bone health.

Over the long term, avoiding processed foods and consuming a nutritious diet built around a wide variety of whole foods is the best strategy for building and maintaining strong bones. Dietary approaches like the Mediterranean diet (primarily plant-based foods like fruits, vegetables, whole grains, and legumes plus healthy fats mainly from fish and olive oil) have been shown to reduce inflammation and promote bone health. Eating a medley of whole foods provides an assortment of nutrients. Variety supports food synergy: the concept that certain nutrients work together, boosting the benefits they would have as individual components.

When it comes to bone health, calcium immediately comes to mind; almost all the calcium in our bodies resides in our bones. However, the results of studies on calcium supplementation and bone health have been dismal, to say the least. So, too, those that looked at adding vitamin D, which helps your body to absorb calcium. But when researchers expanded the range of nutrients to include minerals like magnesium, strontium, fish oil, and vitamin K2, the picture changed. They found that certain combinations of nutrients work together to improve bone density, even in people diagnosed with osteoporosis.

In the bone health sweepstakes, the relatively new kid on the block is vitamin K2. Vitamin K1 (phylloquinone), which was discovered in 1936, is best known for supporting healthy blood clotting. Anti-inflammatory plant foods like leafy greens are high in the nutrient, which has been shown to support bone health. Most people consume adequate amounts of vitamin K1, a small amount of which is converted to another form, vitamin K2 (menaquinone) by beneficial bacteria in the gut.

These days vitamin K2 is generating considerable buzz. It’s a potent anti-inflammatory and is, consequently, an emerging star in the field of healthy aging. Research is showing it can protect the brain and nervous system and wage war against numerous conditions, including heart disease and cancer. It also plays a vital role in bone health, channeling calcium to your bones and away from soft tissues like the arteries, where it can be damaging.

The Best Strategy is a Healthy Diet

Vitamin K2 is routinely added to the latest bone-building supplements but research indicates that it works best when consumed as part of a healthy diet, in part because it’s a fat-soluble vitamin, which your body stores. Vitamin K2 is highest in foods that are richest in fat like egg yolks, aged cheeses and meat.

As noted your gut bacteria can transform vitamin K1 into K2. The effectiveness of that process depends upon the state of your microbiome. A healthy gut is linked with a nutritious diet. The amount of fiber you consume, along with phytonutrients like polyphenols found mainly in plant foods contribute to bacterial robustness. On the other hand, a diet high in processed foods sends gut health south in a hurry. Eating properly prepared fermented foods also supports a vibrant microbiome.

For young people, a nutritious diet is a long-term investment in good health overall and bone health in particular. Weak bones are not an isolated phenomenon. Many aspects of contemporary life deplete bones of the nutrients they need to stay strong. Bolstering your diet with bone-building nutrients while you’re young is like making regular deposits in an interest-bearing savings account; the sooner you start, the better. 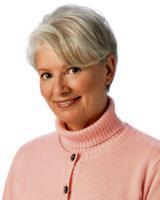 Written by Judith Finlayson
Judith Finlayson is the author of You Are What Your Grandparents Ate: What You Need to Know About Nutrition, Experience, Epigenetics, and the Origins of Chronic Disease.
View Full Profile Website: http://www.judithfinlayson.com/
Comments
Be the first to leave a comment.