There are numerous quotes out there about how bad times make you appreciate the good times but telling a sad person that “it will get better” is kind of like telling somebody with a broken leg that their leg will heal. It’s true, but it doesn’t make it hurt less in the moment!

Probably one of the most difficult aspects of feeling down is feeling like there’s nothing that can be done about it. According to the Anxiety and Depression Association of America, Major Depressive Disorder (MDD) affects more than 16.1 million adults in the United States, and the Diagnostic and Statistical Manual of Mental Disorders, 5th Edition, lists feelings of sadness, emptiness, hopelessness, tearfulness, decreased interest and pleasure in activities, changes to energy and sleep, and impaired concentration as possible symptoms of MDD.

While prolonged and severe symptoms may warrant professional support, there are some tricks of the trade that one can start doing on their own right now, or with the support of friends and loved ones!

1. Exercise.  Exercising has been found to help prevent and relieve symptoms related to depression, likely due to the release of chemicals and proteins in the brain. It’s doesn’t necessarily mean we have to work out for hours every day. We can start with just 10 - 15 minutes of moderate exercise per day (anyone up for a nice walk?) and build up from there. Finding a friend to work out with will help us stay consistent and also help with the next tip on the list, making it that much more effective!

2. Socalize. One often cited protective factor against depression is having a healthy support system. When someone is feeling down they don’t necessarily want to go out with friends, but the reality is that getting a good dose of social interaction may be exactly what they need! Most likely they'll feel better even if they have to drag themselves out of the house in order to make it happen. Someone who doesn't feel like socializing but knows they should do something about that feeling, could setup a regular lunch or dinner "appointment" with a friend or loved one so they are more likely to make it happen even if you aren't in the mood.

3. Eat Healthy. Often times when we are down we crave high fat and high sugar foods. They activate the reward system in the brain and may temporarily make us feel a little bit better. That is, until we crash and burn and feel even worse than when we started! However, research has found that what we eat may have a more significant impact on our mental health than previously thought.

According to an article by Caltech (Stoller-Conrad, 2015), a large number of our serotonin producers (serotonin is that hormone that makes us feel happy) are actually in the gut! So having a healthy gut may literally help us feel happier - talk about a good gut feeling! So take those probiotics and eat a healthy meal. Turns out that all of those sayings about an apple a day may be more accurate than we thought!

While all of these changes may seem relatively simple, on our own they can be really hard to accomplish once we are feeling down and stuck. If someone is struggling, a therapist can be a great resource for venting, support, and to hold one accountable to make healthy changes! At the end of the day, it will get better, but I know those are just words when someone is feeling down.

If someone is thinking of hurting himself or herself, or is thinking of committing suicide, they should call 911 or their local emergency number immediately. Someone having suicidal thoughts (in the U.S.) can also call the National Suicide Prevention Lifeline at 1-800-273-TALK (1-800-273-8255). 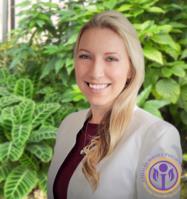 Written by Dr. Rebecca Johnson Osei
Dr. Rebecca Johnson Osei is the owner of Concierge Psychology, one of the first true concierge psychotherapy practices. By accepting only a limited number of clients, Dr. Osei is able to offer a flexible schedule with remarkable accessibility. Clients can expect discreet and individualized services to address a variety o...
View Full Profile Website: http://www.conciergepsychology.com/
Comments
Be the first to leave a comment.