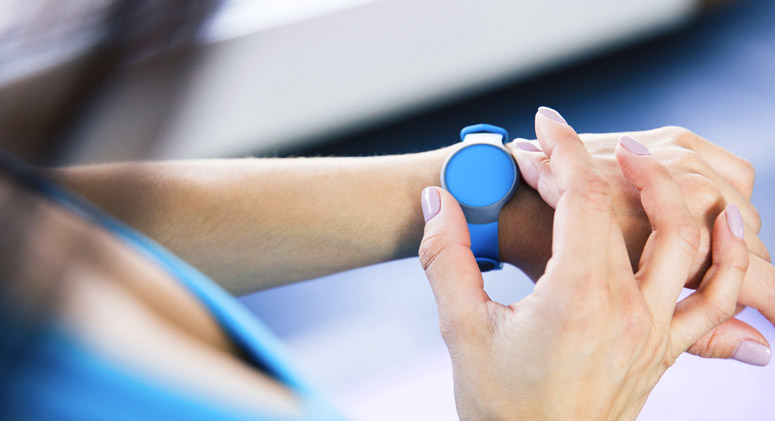 “Wearables” is a bit of a catchall name, describing any type of technological gadget that one wears on their body. The term can be used to describe anything from a GoPro camera, to fitness trackers like the Fitbit, to smartwatches like the Apple Watch, even to headwear like the much-maligned Google Glass.

As technology advances, we will likely see more and more wearable devices hit the mainstream. Currently there are an almost countless number of wearables out there, each catering to a different crowd. Among the sea of wearables currently on the market, here is a comparison of a few of our favorites. 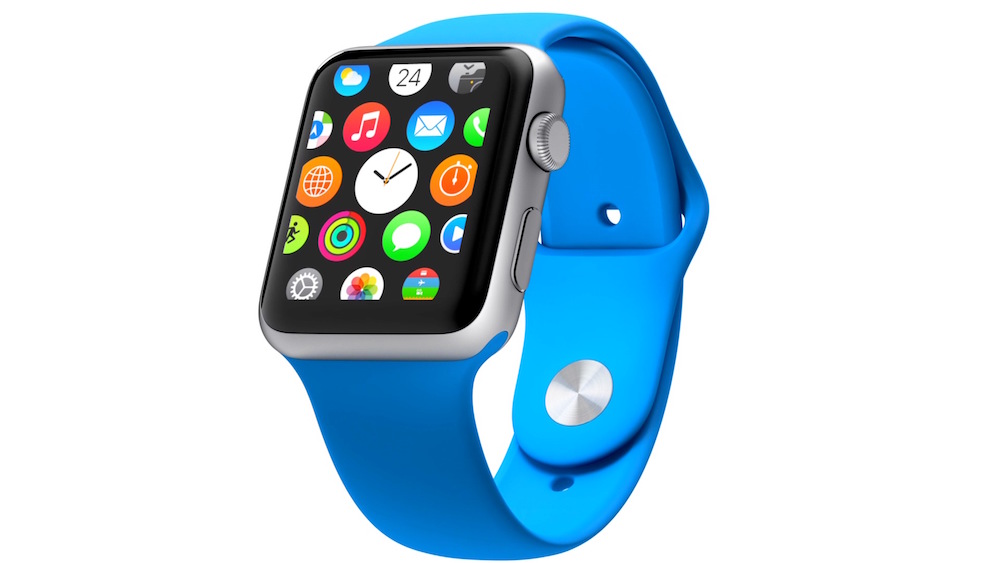 The undisputed king of smartwatches, the Apple Watch is the gold standard right now when it comes to wearables. Combining Apple's beautiful design with a monstrous list of features, it's arguably the most impressive wearable out right now. In fact, the device has so many features iDrop News recently reported the device was oddly criticized by Fitbit’s CEO for “doing too much.”

The Apple Watch feels solid, but comfortable. Every model of the Apple Watch, even the entry-level Apple Watch Sport, offers impressive durability and an equally impressive level of water resistance. It has a beautiful display, and while it would be a stretch to call the OS instinctive, it's definitely suitable once you get the hang of it.

Once paired with your iPhone, the Apple Watch can read and reply to text messages or emails, answer phone calls, stream music, check the weather, search the web, set reminders, offer directions or turn-by-turn navigation, and more via a slew of third-party apps.

The Apple Watch also operates as a fully-functional fitness tracker, as well – the native Activity app tracks your movement, and nudges you with constant reminders to get moving and meet your calorie-burning goals for the day, while the Workout app handles your exercises for the day. On top of all these features, the Apple Watch also offers an impressively accurate heart rate monitor, and with support for Apple's HealthKit platform, it's a safe bet that more notable health and fitness apps are on the way for the wearable.

While the Apple Watch isn't perfect – many users complain about its battery life and over-reliance on the iPhone – it's probably the most impressive and well-rounded option out there today. And keeping in mind that we're still experiencing the first generation device, users can expect the next generation (the Apple Watch 2 is expected to be released later this year) to offer incremental improvements upon the original. 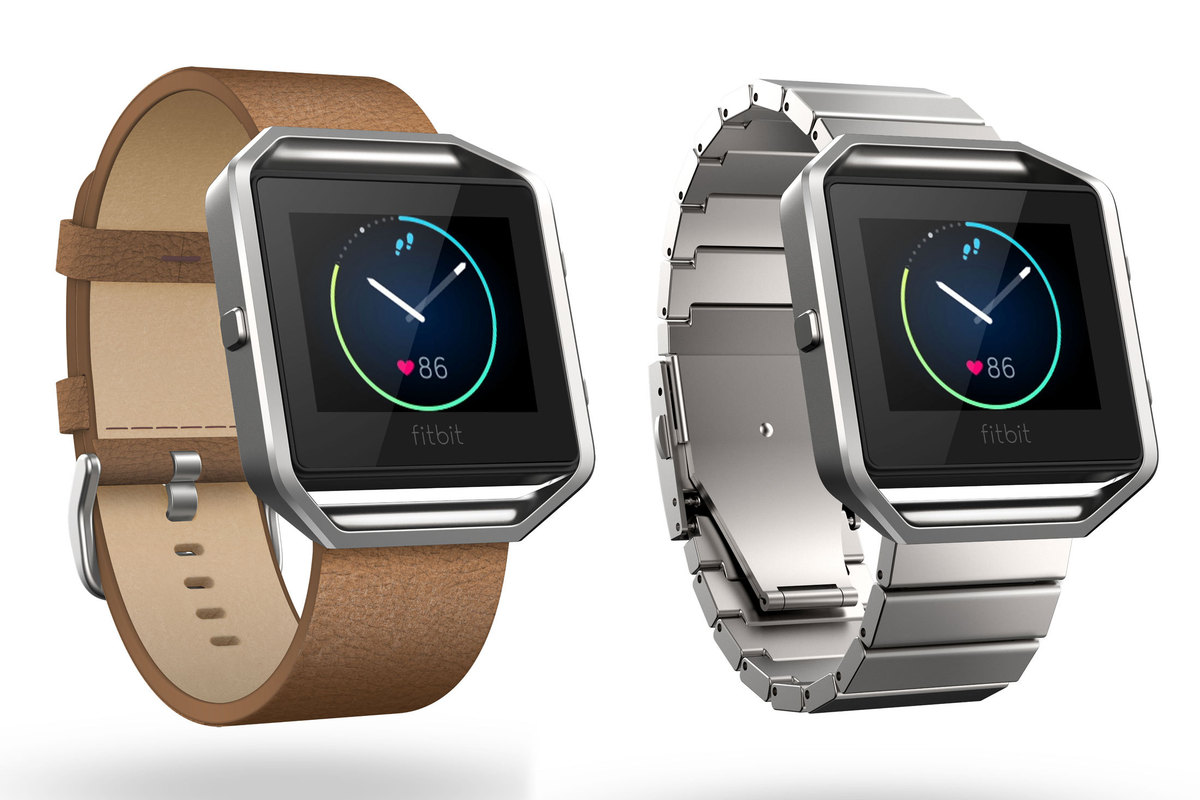 Fitbit has been a name in the wearable fitness tracking game for quite some time. The company introduced its first clip-on fitness tracker, the Fitbit Tracker in 2008, but really began to gain popularity with the introduction of the Fitbit Flex wristband in 2013. Since then, Fitbit introduced the Fitbit Force (no longer available) and Fitbit Charge, both of which were wildly successful to the point where the lineup was outselling the Apple Watch for much of 2015.

The device itself is lightweight and comfortable, although arguably not as good looking as the Apple Watch. Like many of its predecessors, the Fitbit Blaze does an excellent job of tracking steps, stairs, heart rate, and sleep, but it adds a beautiful color display and remarkably intuitive user interface. It also adds several “smart” features – it can read text messages and display incoming phone calls, buzz your wrist with alarms and reminders, and work as a remote control for music playback on your phone.

As far as “smart” features go, the Blaze is pretty slim, but that's part of its appeal. The device pares down the features for improved fitness tracking and impressive battery life – around four days on a single charge. 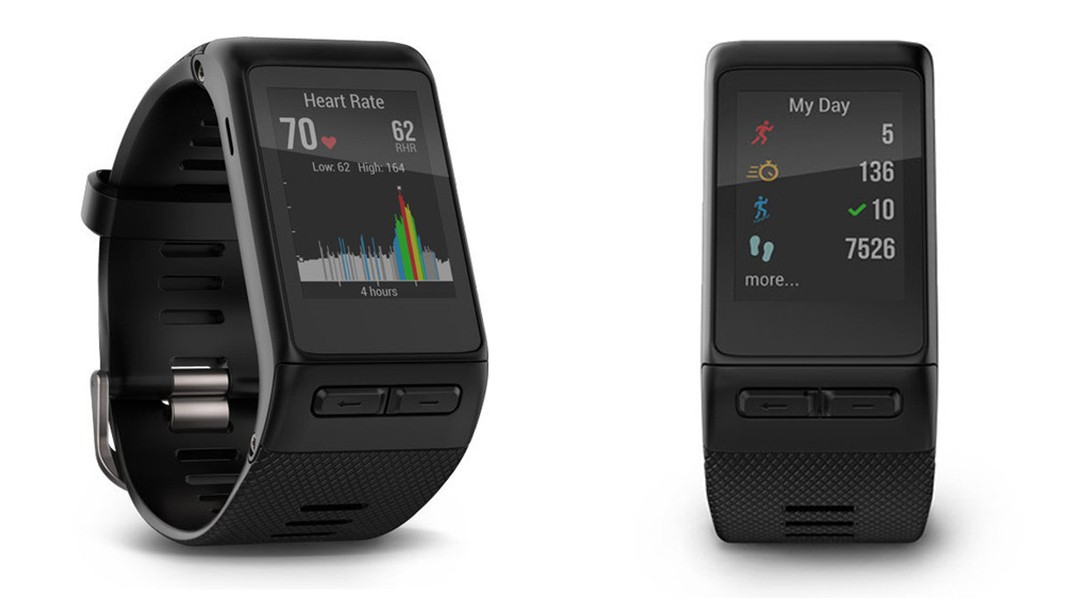 The Garmin Vivoactive HR, released this past February, is the upgrade to Garmin's original Vivoactive, another popular fitness smartwatch. The Vivoactive HR includes improvements over their popular GPS running watches in the Forerunner series.

So what's the difference? Well, the price, for one. The Vivoactive HR is $50 more expensive than the Fitbit Blaze. However, for that $50, you get an advanced built-in GPS tracking system. Unlike the Blaze, the Vivoactive HR doesn't require pairing to a smartphone for fitness tracking, or using the built-in apps for running, biking, golfing, rowing, skiing, and swimming. For pure fitness enthusiasts, the Vivoactive HR may be the best choice for smartwatches out today. 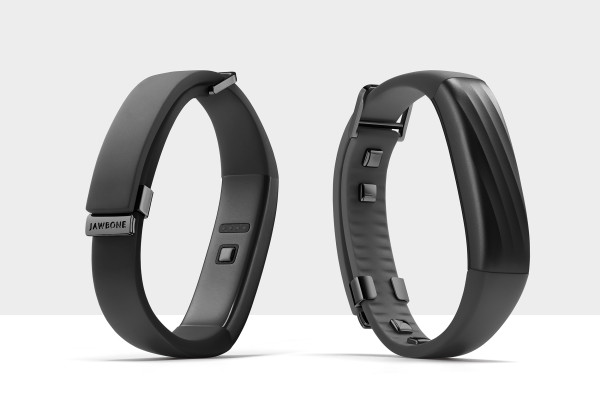 In contrast to the host of smartwatches out there, the Jawbone Up3 has no display or fancy built-in apps – it's designed to sit on your wrist and collect statistics on your activity levels. Sporting an ultra slim design and three embedded LED lights in lieu of a screen, the Up3 looks more like a tennis bracelet than a watch, and is certainly the most comfortable and inconspicuous wearable of the bunch – after wearing it for a couple of hours, many people forget they even have it on.

With the petite form factor, however, comes a lack of features. As stated before, the Up3 is designed as a bare-bones fitness tracker – it measures your sleep and activity levels. That's about it. The Up3 comes included with a heart-rate monitor, but it falls short in that it only measures resting heart rate, which is designed to aid in sleep tracking. While the Up3 can measure your steps, it's more of a lifestyle tracker than an activity tracker.

While the Up3's form factor is appealing, its strong point is really its integration with the Jawbone Up app. The Jawbone Up app is really one of the best fitness apps we've seen. It has a beautiful and intuitive user interface, your stats are easy to access and digest, and it syncs with a variety of other devices and apps. The app learns from your daily activity, and its “Smart Coach” feature suggests targets for the day, gives you nutrition advice (the app includes an integrated nutrition log akin to MyFitnessPal), dispenses tips for better sleep, and even warns you when it senses you're dehydrated. Once you dedicate yourself to using the app, the Jawbone Up3 offers an incredible experience.

The Up3 isn't a fully featured smartwatch, nor is it a hardcore fitness tracker. However, when combined with the app, it is an easy to use system that integrates well into your life, giving you advice and motivation to live a healthier lifestyle. 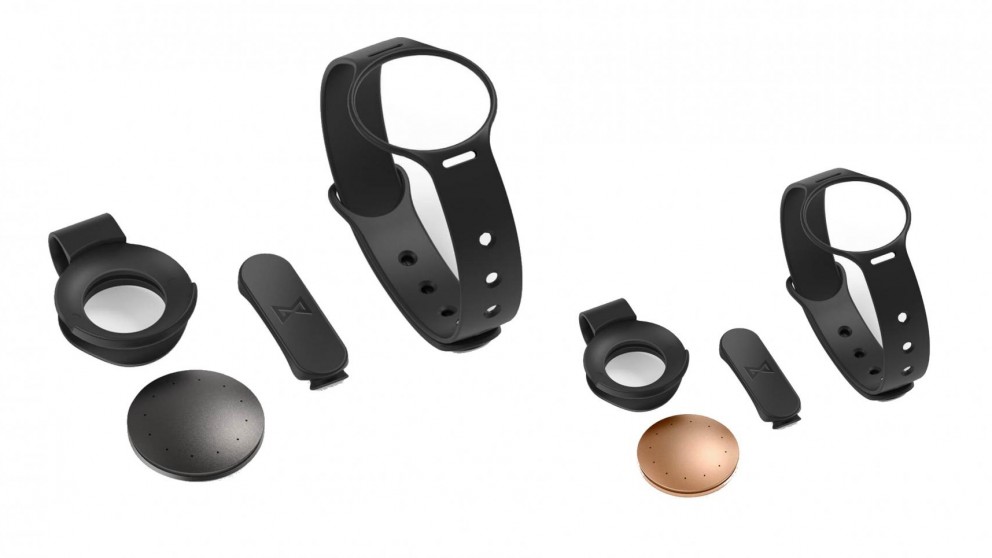 The Misfit Shine 2 is an interesting little device that combines similar functionality to the Jawbone Up3 with smart pairing and interactions with your phone. The update to the original Misfit Shine, which debuted in 2012 and is still a pretty solid fitness tracker (and can now be found for around $35.00 online), the Misfit Shine 2 adds a slight redesign, a band that turns the device into a pseudo-smartwatch, and new functionality which includes notifications from your phone.

Like the original Misfit Shine, the device itself is basically a small disk, about the size of a coin, with sensors on the back and a series of LED lights on the front. You can wear the device via a clip worn on a shirt, waistband, or shoe, or with the included wrist-strap (which has recently been redesigned due to user complaints of the device popping out of the wrist-band).

Slightly larger and marginally thinner than the original, the Shine 2 offers the same activity and sleep tracking found on most other fitness wearables. The LED lights on the face of the device alert you regarding your progress in achieving your daily fitness goals. There is no heart rate monitor on the device, so caloric expenditure isn't measured very accurately, but it does a great job of counting steps, tracking mileage during runs, soccer games, bicycle rides, and even tracks distance on swims (the Shine 2 is waterproof up to 50 meters).

Although the Shine 2 doesn't offer heart rate monitoring, which is just beginning to show up on other wearables at the same price point, it does offer some smart integration with your phone. The Shine 2, once paired with your smartphone, will alert you via the LED lights when you receive an incoming call or text, or the device can vibrate to notify you of a previously set alarm – all very useful when you have your phone tucked into a gym bag.

The Misfit app does a fine job of keeping track of your activity, sleep, goals, etc. The device can also be synced with the Misfit Link app, which allows you to use the device as a remote control for several different functions – you can use it to play or pause music from your phone, snap a photo, or even use IFTTT (If This Then That) to control a variety of different apps and devices (because who doesn't want to turn up their thermostat via a tap on their wristwatch?).

The Misfit Shine 2 is a great successor to the original. And while there are certain things that competitors at the same price point do better (the Jawbone Up3 includes resting heart rate monitoring and a better app experience), most of them don't include the notifications from your smartphone. The Shine 2 is perfect for people who would like a fitness tracker with smart notifications, but don't want to make the jump into a fully-fledged smartwatch just yet. 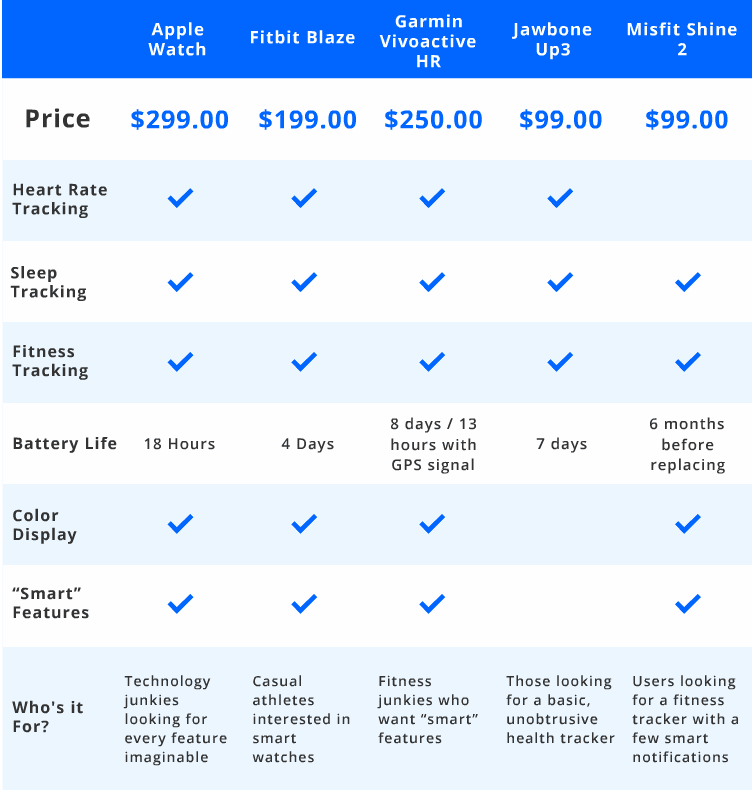 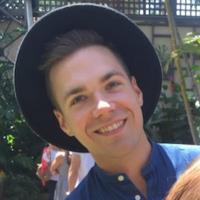 Written by Elijah Waeterling
Elijah is an avid writer and experienced editor. He has expert knowledge in a variety of fields, which has allowed him to contribute to many popular websites with ranging interests from technology to health.
View Full Profile Website: https://twitter.com/eliwaeterling
Comments
http://www.wellness.com/blog/13280489/the-top-5-wearable-fitness-trackers/elijah-waeterling
When they hit about 45 bucks.. Then maybe, Until then.. Pass.
Posted by WhoCares