Directory > Blog > What Exactly Is Wrong With Commercial Beef?

What Exactly Is Wrong With Commercial Beef? 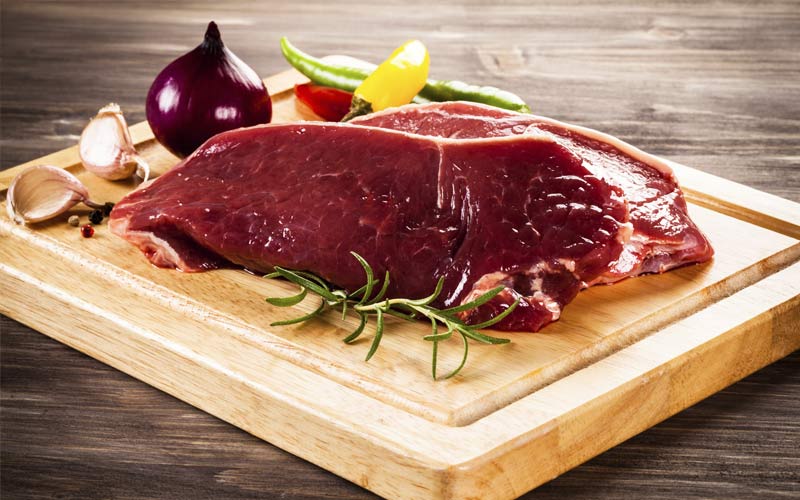 Many of us are swayed by advertising. Commercials that show happy cows in a pasture, a package of beef that says “free-range” or “grass-fed”or “organically-raised:” it seems easy to make the right choices at the supermarket. We as consumers are convinced we know how to tell good food from bad food, best practices from worst practices, and healthy nutrition from the stuff that just mimics it.

But is this true?

The meat industry today has gotten very good at masquerading as “local” farms. Even the USDA has standards that are easily sidestepped. For instance, when it comes to free-range eggs in the United States, the USDA’s only qualification is that the chickens have—at some point in their short lives—been allowed access to the outside. This usually means a door on the side of barn that’s opened for the last week or so of the chicken’s life. But by this point, the chicken has spent its entire life in a barn and is terrified to go through that door (source: Michael Pollan).

It’s Still in There After Cooking

There’s a study that shows that at least one of five different types of scary bacteria are present in your meat even after cooking it at the proper temperature. Not to mention the hormones and antibiotics you’re ingesting as well. Your meat has been raised in an environment that’s unnatural—this means the animals are usually sick, so the quality of your meat will be inferior.

Cows that are allowed to be cows—meaning they’re pasture born and raised, well taken care of, and allowed to mature naturally and eat their natural diet of grasses—produce healthy beef that contains less fat than commercial meat. It also has less calories, more essential fats that are healthier, and more vitamins and minerals.

In the demand for food, factory farms have attempted to raise cattle cheaply with growth hormones, therefore the cows are slaughtered at a young age. Their beef is fatty and contains little nutrients because the cattle were fed corn. Nearly 90% of all the corn in the United States is genetically modified. This means the seeds are unnatural, not to mention the fact that cows are not even grain eaters. Their digestive systems have trouble processing grains, therefore they usually get sick and produce methane gas. And people blame our damaged atmosphere on cars (which is partially true, but cars and factories are not solely responsible).

Any beef you pick up at the grocery store has most likely had a tortured life. The cattle are taken away from their mothers at young ages, force fed grains that are unnatural to them, and most of them are never outside. They aren’t allowed to eat their natural diet of grasses or even age naturally. Some of the cattle may be branded, their testicles are removed without anesthesia (men, I know you'd love it if someone tied a band around your testicles until they turned black and fell off without anesthesia), and they’re kept inside all the time.

When animals aren’t able to move much and fed diets that are unnatural to them, not only do they get sick, but they also produce an inferior quality of meat. Their meat has gotten so innutritious that it provides little in the way of nutrients and can lead to heart disease, cancer, and a range of other illnesses and diseases.

When you buy beef at the supermarket, not only are you supporting inhumane factory farms, but you’re also consuming meat that’s hardly even meat anymore on account of the fact that it’s been unethically and inorganically-raised. I don't know about you, but I don't really want my kids eating growth hormones or antibiotics from dead animals.

What Can You Do?

Well, you can stop buying beef at the supermarket for one. In fact, you should probably stop buying meat at McDonald’s, or a gas station food section, or even a restaurant. The only way to ensure you’re getting healthy, humanely-raised and treated beef is by buying local.

Finding local farms in your area and visiting them can ensure that the cattle are pastorally raised and allowed to do their thing as cows. The farmers should treat their cows with respect, they should get plenty of grass and sunshine, and the cows should have access to humane care should they need it, such as if they get an injury or in the rare event that they get sick.

A meat-free diet or a diet low in meat can have many health benefits: Packing in the veggies and healthy fats can help you lose weight, lower your cholesterol levels, and reduce your risk of cancer and other chronic diseases.

We are what we eat—this statement has never been more true than it is today.

Deadly Legionnaires' Cases on the Rise: Why?
Wellness Editor

Tackling Social Anxiety After a Year of Isolation
Wellness Editor

Getting the Facts on Tuberculosis
Wellness Editor

The Freshwater Threat That Could Ruin Your Summer Fun
Wellness Editor

An Unhealthy Work Environment Can Be Deeply Damaging
Wellness Editor