Directory > Blog > Emotional Abuse: What it is and why it is so important to recognize

Emotional Abuse: What it is and why it is so important to recognize

by Roni Weisberg-Ross
Sticks and stones may break my bones but ... bullying and name-calling can emotionally scar me forever. Not the original ending to the classic verse, but probably the more accurate one. It seems that broken bones will heal far more quickly than a battered soul. Does this sound overly dramatic?

Not according to a study conducted by Florida State University and published in the Journal of Affective Disorders. It states that verbal abuse has been shown to produce 1.6 times as many symptoms of depression and anxiety among adults as those who have not been verbally abused. And those adults were twice as likely to have suffered a mood or anxiety disorder over their lifetime.

Verbal abuse is only one aspect of emotional abuse - the most common form of abuse, and perhaps the least clearly understood. That's because emotional abuse is not a single or quantifiable act. It is difficult to chronicle or identify. It is both pervasive and can be very subtle - deeply affecting but harder to prove than sexual or physical abuse.

Emotional abuse is a series of repeated incidents - whether intentional or not - that insults, threatens, isolates, degrades, humiliates and/or controls another person. Emotional abuse in childhood is particularly devastating because a child's sense of self is still not fully formed and therefore they are very receptive to what others say about them. When they repeatedly hear negative things about themselves from people that they trust, they develop a set of beliefs that shape their future identity. It has been shown that both verbal and non-verbal communication can create a powerful message. And emotional abuse can and usually does include both.

When a person is physically or sexually abused, they recognize that something wrong (bad) is happening to them. With emotional abuse, that might not be the case. Therefore, the person may be taking in hurtful and debilitating information without any filter. That is, their psyche is not defending them from the onslaught. In fact, they may even be telling themselves that they deserve what they are experiencing and that they are bad. This type of abuse consequently turns into a potent form of self-criticism. Survivors of emotional abuse are self-critical because they have internalized years of negative messages and they now believe it. Adults who have been emotionally abused as children are among the most self-critical - hence the degree of depression and anxiety found among this population.

Emotional abuse has classically been under-reported and its effects minimized. But this form of abuse cuts to the core of a person, attacking their very being. It can leave them feeling unworthy, undeserving, unlovable and insignificant. People who have been emotionally abused may have a hard time recognizing the importance of the abuse. Not only does our culture minimize it, it suggests that the victims themselves are weak, further victimizing them. Most abusers are not clearly identifiable bullies/abusers, and so it's hard to point a finger or charge them with a crime. How then do we recognize and deal with emotional abuse?

Trust your own instincts and the instincts of others who claim to have been abused. If you/they feel it or can name it, attention must be paid. Respect your emotions. This abuse is insidious and can be very subtle. But it wears away at your self-esteem and sense of self. If someone has or is continually making you feel bad about yourself, scaring you or making you feel as if you are crazy, then even if they aren't fully aware of it, they are abusing you. Just because emotional abuse is not treated as a crime doesn't mean it isn't serious.

Identifying your abuser and recognizing that nothing you did or did not do was the reason they acted the way they did, is an important first step towards healing. And if it is still going on in the present, remember that "trying harder" will not stop an emotionally abusive person's behavior. You are not the problem! If you feel safe enough, you can confront them with the truth and see if they are ready to acknowledge their problem. If you don't feel safe, then remove yourself from the situation - perhaps permanently. 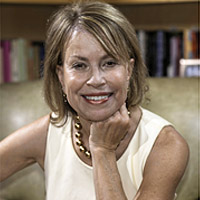