Directory > Blog > Why dreaming is important for health?

Why dreaming is important for health?

by Syed I H Shahid MD

We have been discussing Dr Shahid's Six Principles of health which guarantee us to live 100 - 125 years or more ( without ever having to see any health care provider in our long and healthy life).

We have already discussed the First two principles in detail. We have also discussed the first part (Rest) and the second part (sleep) of the Third Principle (Rest, Sleep and Entertainment, RSE). Next we are going to talk about the essential part of sleep (dreams).

Knowledge about sleep is incomplete unless we know few facts about dreams. Dreams are the images, thoughts and feelings experienced while asleep. These are specifically associated with rapid eye movement (REM) part of the sleep. The contents and biological purposes of dreams are not fully understood, though they have been a topic of speculation and interest throughout recorded history. The scientific study of dreams is known as "Oneirology".

There is no universally agreed biological definition of dreaming. General observation shows that dreams are strongly associated with rapid eye movement (REM) sleep, during which an electroencephalogram shows brain activity to be most like wakefulness. Participant-non remembered dreams during non-REM sleep are normally more mundane in comparison. During a typical lifespan, a human spends a total of about six years dreaming (which is about 2 hours each night). It is unknown where in the brain dreams originate, if there is a single origin for dreams or if multiple portions of the brain are involved, or what the purpose of dreaming is for the body or mind. During REM sleep, the release of certain neurotransmitters is completely suppressed. As a result, motor neurons are not stimulated, a condition known as REM atonia. This prevents dreams from resulting in dangerous movements of the body.

Why do we dream?

Why we dream is another big mystery. However, we do know that dreams are vital for our psychological & emotional well being. Most scientists agree that dreaming is stimulated by pons & occurs during the REM sleep. Many hypothesis are formulated for occurrence of dreaming.

Sigmund Freud was the first one to postulate that dreams are the symbolic expression of frustrated (unexpressed) desires that have submerged to the unconscious (subconscious). During dream the frustrated unexpressed desires get the opportunity to play out themselves without getting in to any trouble. It is like having a cake & eat it too. For example if a frustrated lover or admirer can't get his/her way. In the dream there is no inhibition to stop his/her advances to any degree. At least in the dream the frustrated component of unfulfilled desire achieves its goal. Thereby letting the mind believe that some accomplishment has taken place. The satisfaction achieved this way is not what the person want but something is always better than nothing. therefore, fooling the mind through dreams, the dreamer resolves some of the inner conflicts & feels better. That is the fundamental tool in Dream Analysis. It also forms the basis of Freud's analysis of human's complex mind (typically known as Psychoanalysis). By interpret ting dreams in the light of unexpressed & frustrated desires, one can understand the complexity of the dream & the meaning behind its occurrence. Sigmund Freud has been labelled as father of psychiatry. His work on "Interpretation of Dreams" is probably the best which he himself acknowledged.

It proposes that dreams are caused by random firing of neurons in the brain during REM sleep. Fore brain then creates a story in an attempt to reconcile & make sense out of the nonsensical sensory information presenting to it.

This hypothesizes that the function of sleep is to process, encode, and transfer the data from the temporary memory to the long-term memory, though there is not much evidence backing up this so-called "consolidation." Non-REM sleep processes the conscious-related memory (declarative memory), and REM sleep processes the unconscious related memory (procedural memory). It assumes that during REM sleep, the unconscious part of a brain is busy processing the procedural memory; meanwhile, the level of activation in the conscious part of the brain will descend to a very low level as the inputs from the sensory are basically disconnected. This will trigger the "continual-activation" mechanism to generate a data stream from the memory stores to flow through the conscious part of the brain. It suggests that this pulse-like brain activation is the inducer of each dream. It proposes that, with the involvement of the brain associative thinking system, dreaming is, thereafter, self-maintained with the dreamer's own thinking until the next pulse of memory insertion. This explains why dreams have both characteristics of continuity (within a dream) and sudden changes (between two or more dreams).

There are many hypotheses about the function of dreams, including:A. During the night there may be many external stimuli bombarding the senses, but the mind interprets the stimulus and makes it a part of a dream in order to ensure continued sleep. The mind will, however, awaken an individual if they are in danger or if trained to respond to certain sounds, such as a baby crying. B. Dreams allow the repressed parts of the mind to be satisfied through fantasy while keeping the conscious mind from thoughts that would suddenly cause one to awaken from shock. C. Freud suggested that bad dreams let the brain learn to gain control over emotions resulting from distressing experiences. D. Jung suggested that dreams may compensate for one-sided attitudes held in waking consciousness. E. Ferenczi proposed that the dream, when told, may communicate something that is not being said outright. F. Dreams are like the cleaning-up operations of computers when they are off-line, removing parasitic nodes and other "junk" from the mind during sleep. G. Hartmann says dreams may function like psychotherapy, by "making connections in a safe place" and allowing the dreamer to integrate thoughts that may be dissociated during waking life. H. More recent research has led to the formulation of the 'expectation fulfilment theory of dreaming', which suggests that dreaming metaphorically completes patterns of emotional expectation and lowers stress levels.

A number of thinkers have commented on the similarities between the phenomenology of dreams and that of psychosis. Features common to the two states include thought disorder, flattened or inappropriate affect (emotion), and hallucination. Among philosophers, Kant, for example, wrote that ‘the lunatic is a wakeful dreamer’. Schopenhauer said: ‘A dream is a short-lasting psychosis, and a psychosis is a long-lasting dream. In the field of psychoanalysis, Freud wrote: ‘A dream then, is a psychosis’.

Why do we forget our dreams?

There are not enough neurotransmitter to cement a dream on to the recent memory. Therefore, one forgets 99.9% of one's dreams on awakening. Only time we remeber our dream is when we are awakened during REM sleep accidently. Occasionally we may also remember our dream if the dream is recurrent & develops a haunting quality. Whether we remeber our dreams or not, it is irrelevant to the fact that dreams serve good purpose, without which we can descend into the realm of poor physical, mental and spiritual funtioning.

It is well known that sleep deprivation causes psychosis. To stretch it further, In fact it is the deprivation of REM sleep (dreams), which is the cause of such psychosis.

No matter what the controversy is in the scietific world as regards to dreams, one thing is certain. Dreams are not created from some outside metaphysical force. Whatever we dream is already stored in our brain. It is our own brain that projects all the sensory images on to the dream from our personal experiences in life. There is never any prophetic, fortune telling or divine intervention or revelation exhibited through one's dreams.

In essence, dream is just a symbolic expression of one's own thoughts & feelings acted out through one's dreams in order to give dreamer some psychlogical relief, which otherwise could lead to many psychological , physical and spiritual problems. 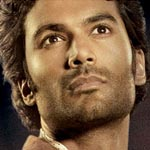 Written by Syed I H Shahid MD
Syed I H Shahid MD Dr Shahid received his medical degree (MBBS ) from Punjab University (Pakistan) in 1963. He did his post-graduation in Internal Medicine in UK. After that he proceeded to USA, where he got Board Certification in Family Practice, Psychiatry & Neurology. Dr Shahid also has extensive study in many oth...
View Full Profile
Comments
Be the first to leave a comment.
Could Going Gluten-Free Give You Heart Disease?
Wellness Editor

Could Visiting Someone in the Hospital Make You Sick?
Wellness Editor