by scottqmarcus
We've all heard that restaurant portions are partially to blame for the upsizing of our waistlines. (If you aren't aware of that, just stop and reflect a moment. Do you think anything prefaced with "super-sized" or "all you can eat" is a standard serving?) Not to be outpaced by the local eatery, food companies have expanded their portion size in order to keep up the increased demand - and belly - of the American consumer.

For illustration, according to Lisa Young, author of "The Portion Teller: Smartsize Your Way to Permanent Weight Loss," in 1960, a single-serving bag of potato chips was one ounce, and a bottle of cola was six and half ounces. In 2000, that bag of chips contained two to four ounces, and the bottle contained twenty, a gut-busting development for sure.

As they say in the late night infomercials however, "But wait! There's more!"

Cookbook recipes have gotten bigger too (and I don't mind the size of the font). According to a study conducted by Cornell University marketing professor Brian Wansink and published in the Annals of Internal Medicine; "classic" recipes have enjoyed a nearly 40 percent increase in calories per serving over the last 70 years. In order to arrive at this conclusion, Wansink studied the "Joy of Cooking" cookbook, which was first published in the thirties and has since been updated seven times. Using that methodology, he was able to compare apples to apples - er, um - so to speak.

Over that time, the cookbook has 18 recipes common to all its editions. Of those, 17 increased in calories, partly due to an upping of total calories per recipe, but also to larger portion sizes.

If you're like me, you want to know who is the lone hold out. That prize goes to the chili con carne recipe, which stayed the same. Chicken gumbo remained static too; however it went from 14 servings to only 10 servings while still using the same ingredients. Therefore, its portion size - and calories per serving - indeed grew.

Ms. Young had similar findings when she monitored brownies. (Where can I sign up for a job that has me monitor chocolate pastries all day? I'll even pay for that!) She found, "Same recipe. Same pan. But in the sixties and seventies, it yielded 30 brownies. In the 1997 edition it yielded 15." She also was able to trace the trend to a popular chocolate chip cookie recipe which decades before produced 100 cookies, but made only 60 during the eighties, although no ingredients had changed.

OK, when it comes to cookies and chocolate, I kind of understand wanting more. But - gumbo - c'mon, what's that about?

Anyway, "It's not enough to just be aware," Wansink says. "Put half of it away as soon as it's cooked." Or, dare I add? One could make smaller portions. Of course, as I've learned, it's not the occasional piece of pizza or piece of pie that's causing weight gains - unless the shape of the piece is round and nine inches, in which one might want to share with a friend. 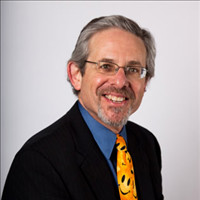 Written by scottqmarcus
As a THINspirational speaker and columnist, as well as a recovering perfectionist, I help people and organizations overcome procrastination and perfectionism to accomplish more, be healthier, and enjoy life more.
View Full Profile
Comments
Be the first to leave a comment.
The Common Cold: 5 Home Remedies That Really Work
Rob Greenstein

Why You Should Consider Drinking Beet Juice
Wellness Editor