by Bruce W. Cameron, LPC-S, LSOTP-S
Ordinarily, I work with clients concerning compulsive and addictive behavior. Eating Disorders are usually held by females, thus I almost always refer. However, there have been numerous referrals for males, which may leave female therapists sometimes in a position where they are not experienced in male developmental struggles.


Additionally, there seems to be a sharp rise in the number of boys and men developing anorexia as more teens get bullied for being overweight and become confused about healthy food guidelines, say eating disorders experts.


More and more inquiries from family and friends of boys who are starving themselves or bingeing and purging, clog help lines and blogs.


Boys with eating disorders used to be so rare. DSM IV-TR holds this type of disorder as a Childhood Disorder. Could this be another sign of the feminizing of our culture? Bulimia is another dynamic altogether and will not be expanded upon here. Still, there is an element of food and control that cannot be overlooked.


There is increasing pressure from society and the media to look a certain way and they are getting conflicting messages about fat.
Here in Texas, I'm seeing many boys who are into over-exercising and doing weird things with food such as increasing protein and eliminating carbohydrates. Lifetime Fitness, 24 Fitness and other area suburb gyms are rife with these kids chasing the "appearance" dream.


Being fit and exercising a lot is often praised and seen as something to aspire to; so many of these boys slip through the net until they are quite ill.


So much for the Freudian-like causal discussion of the over-controlling mother who is the catalyst for the child to use food intake as the final frontier of personal control.


Some peers can be supportive, but others shun, because they don't believe a guy could get it. You only ever hear about Lindsay Lohan or Britney Spears. So are boys are no different when it comes to things like this? Are they just as vulnerable? 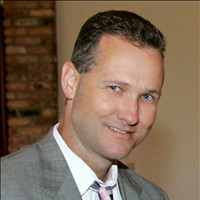 6 Ways to Improve the Quality of Screen Time
Hilary Thompson

When Only One Partner Wants to Change Their Diet
Wellness Editor