Directory > Blog > Are You in an Emotionally Abusive Relationship?

Are You in an Emotionally Abusive Relationship? 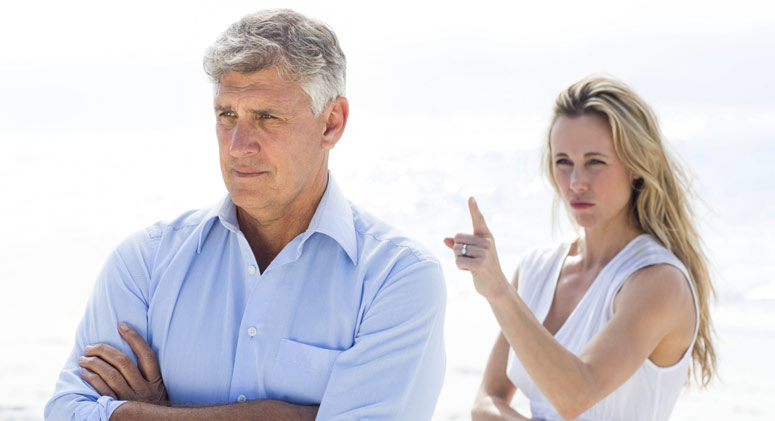 Do you feel like you have to "walk on eggshells" around your partner? Are you afraid a lot of the time in your relationship? Is your self esteem being slowly eroded? It's possible you're in an emotionally abusive relationship.

Emotional abuse can sometimes be a tricky thing to identify for those in the situation because often the abuser employs tactics that make the other person feel like they're going crazy. Abusive people will dominate conversations so that the other has little time to decide if the behavior is harmful. There's often a pervasive sense of being off balance for the person being emotionally abused. They start to question their own thinking and eventually believe that they must have it wrong and in fact, they're the bad ones for daring to believe such a thing about the abuser! We call this "crazy-making" because that's precisely the impact it has on the receiver.

In my own practice I've seen couples come in where it's pretty obvious this is going on. I've seen men and women in emotionally abusive dynamics with their partners. I've witnessed people literally verbally "shut down" their partner - and the other one shrink away right before my eyes. Part of the problem for people who are being emotionally abused is they often don't realize it. They're self confidence has been whittled down to a nub.

1) Does your partner frequently criticize or humiliate you?

2) Does your partner isolate you from your family and friends?

3) Has your partner ever limited or controlled your access to money?

4) Do you feel trapped in your relationship?

5) Are you afraid of your partner?

The Cycle of Abuse

Another important aspect of this dynamic is what Dr. Lenore Walker originally coined as the "cycle of abuse." Essentially, there's usually a kind of repetitive looping that goes on that consists of four phases:

1) Tension Building: The receiver gets the sense that the abuser is upset and takes active steps to placate him/her.

This cycle has the effect of eventually breaking the person down emotionally. It can happen quickly for some - and take years for others.

There are many reasons why abusers and their victims get caught up in this damaging dance. The issues can almost always be traced back to the family of origin for both people. Abusers often had chaotic childhoods with a perception of little control - and deep down they fear abandonment. Sometimes they witnessed their parents engaged in it. The same applies to victims - part of their life story can be around "learned helplessness" for a variety of reasons. They may have a history of being in abusive relationships - or they might have witnessed their parents caught up in the same cycle. Regardless of how people get there - they can get out - and learn how to have healthy, loving relationships.

If you're in an emotionally abusive relationship, make sure to take steps to protect yourself if you have the intention to leave. Have a safety plan intact and increase your support network. If you suspect your partner has the capability to become physically violent and you fear for your safety call 911.

Written by Lisa Brookes Kift, MFT
Lisa Brookes Kift, MFT is the creator of LoveAndLifeToolbox.com, author of Therapy-At-Home Workbooks® and has a therapy practice working with individuals and couples in Marin County, CA. She also offers video conference and phone therapy to residents of California. Lisa is a frequent consultant for the media having a...
View Full Profile
Comments
http://www.wellness.com/blog/20386/are-you-in-an-emotionally-abusive-relationship/lisa-brookes-kift-mft
how i got my Ex lover back after a divorced by the help of DR NCUBE a marriage/relationship specialist. contact him if you need help WHATSAPP DR NCUBE ON +2348155227532
his email is..... drncube03@gmail.com


he also have #herbs for
#hiv/aids
#cancerdisease
#fibroid
#diabetes
Posted by Sharon
http://www.wellness.com/blog/20386/are-you-in-an-emotionally-abusive-relationship/lisa-brookes-kift-mft
I answered yes to all 5 questions. What are my options. Married 27 yrs
Posted by Gina Warfield

Could a Sterile Environment Make You Neurotic?
Wellness Editor

6 Ways to Improve the Quality of Screen Time
Hilary Thompson

When Only One Partner Wants to Change Their Diet
Wellness Editor