How 2020 Vision Can Heal Our World

I am living with an illness.  Right now I am not referring to “Rheumatoid Arthritis” but rather something that is way more insidious and pervasive. This illness does not only invade my joints but impacts every cell of my being.

My illness is a broken heart. One many of you may be suffering from as well.

I am painfully aware of the intensification of the demise of our planet as we know it, the increase of glacial ice sheets melting, out-of-control wildfires, droughts, hurricanes, tornados and tsunamis, fossil fuel and palm oil corporations raping our earth, climate refugees, and the pervasive suffering and extinction of so many species, and that our oceans are predicted to be lifeless in the next thirty years.

It's tough to talk about these things. To look deeply at them. It triggers our fear, our anger and sadness.

I read an article about the Permian extinction. This is what it said: “Two hundred and fifty-two million years ago, a series of volcanic eruptions spewed plumes of carbon into the atmosphere, turning the world into a hothouse in a geologic blink of an eye. In response, 96 percent of animals on earth went extinct. Insects were wiped out completely. It took the earth ten million years to recover.” And then it said what needed to be said: “Now, for the first time in hundreds of millions of years, we are seeing a trajectory toward Permian levels of carbon in the atmosphere.”

We are in an emergency state. Yet most people around me are talking about the usual ~ their plans for the holidays and new year's goals, travel plans, work issues, their children’s activities, and on and on. The pervasiveness of denial in our society is so scary to me.

Yet, we can’t really avoid the fact that our earth is becoming less and less inhabitable. You don’t really catch the illness by being more aware. Although heartache inevitably intensifies with an awareness of how the survivors of the hurricanes in the Bahamas or Puerto Rico or the California or Australian fires are all struggling with loss, anxiety and depression.

Or at how the Amazon forest is burning up by human-made fires supported by the Brazilian government or how the ice caps are melting and sea levels are drowning out islands and there are massive efforts to relocate the people, leaving behind the wildlife to perish. Or you might watch video coverage of endangered animals who are fighting for their lives as their habitats disappear from human encroachment and climate crisis. The reality of their suffering is so heartbreaking.

I think about the movie Titanic, which demonstrated how people responded to the anticipated end of their lives as the ship was sinking after striking an iceberg. Some people panicked, some people were still making an effort to stop the catastrophe, some people held one another, some people sang songs to their children.

In many ways, I feel like we are on the Titanic, but most of the passengers of earth refuse to know that we are sinking — unless, of course, the storms or fires are taking their homes. I believe there are ways to slow down the sinking but only if we all wake up to the fact that the boat is going down.

It is shown that the scientific facts do not wake people up. We seem to hear the facts about the climate crisis and then we just go on with our lives as if it's not true.  We seem to be missing the “mirror neurons” that allow for empathy and connectivity and the reality of our interconnectivity, our oneness, our one earth, our one destiny.

Humans appear to be self-absorbed. But perhaps it is our fear that we can not bear the broken heart. So as we embark on 2020, may we be courageous enough to have 2020 Vision.

We must be in this together and we must do what we can do. 2020 Vision. 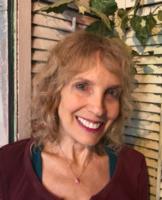 Written by Deva Joy Gouss
Deva Joy Gouss, LCSW, is a psychotherapist in private practice in Atlanta Georgia for over thirty years. She and her husband give weekend couple retreat workshops called Nurturing Your Love. She also facilitates many other kinds of trainings and workshops including Council of All Beings, Tribe Time, Marrying Yourself, Y...
View Full Profile Website: https://www.healingheartcommunications.com/
Comments
Be the first to leave a comment.
Out of Shape and New To Exercise?
Wellness Editor