Directory > Blog > Are Doctors in Charge or is it These 10 Factors?

Are Doctors in Charge or is it These 10 Factors?

A far-reaching, ongoing development or movement in healthcare has been the stripping away of authority and control from doctors. Once thought of as the ultimate authorities in healthcare settings, doctors today don't have as much power as they had in the past. 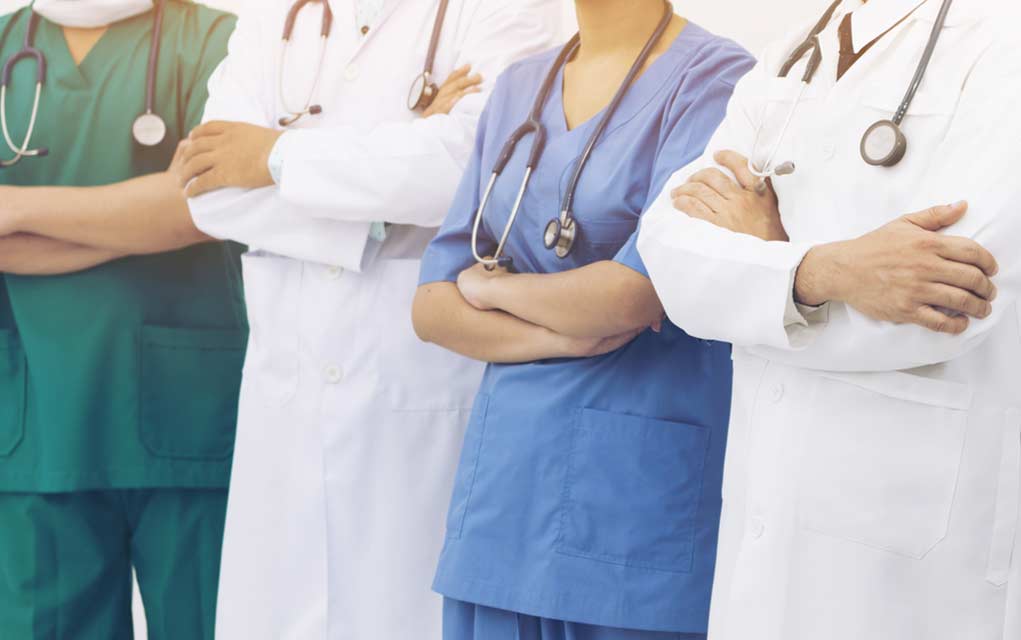 In fact, it's fair to say that the following 10 factors or forces can be as influential (if not more so) than a doctor's judgment/jurisdiction when it comes to deciding what happens to patients, what tests & treatment plans are best indicated, and whether patients get better, worse or ultimately die:

1.  Legal concerns and considerations.  Everyone that works in healthcare today is intensely afraid of potential lawsuits and the legal action that may be brought to bear, even when the right thing has been done. How about if we as a nation start putting the welfare of patients above the enforcement of laws that often go overboard or are applied at odd times. For example, a physician that saves a life in a state where he isn't licensed to practice medicine shouldn't be open to criminal prosecution or lawsuits. Licensing was introduced to prevent abuses (e.g., people pretending to be doctors), not to allow idiocy!

3.  Government regulations & health guidelines.  The government has to be involved in monitoring and assessing healthcare quality and efficiency--that isn't in question. What should be questioned, though, are the many regulations and guidelines that are either out-of-date or out-of-touch with reality in many instances. We need an overhaul and upgrading of the many laws, regulations and guidelines in this country which presently do more to hamper health care than to make it run more smoothly, fairly and efficiently.

4.  Insurance company demands and regulations.  If a physician feels that a patient has already been exposed to too much radiation from X-ray-based imagery, then she should be able to order an MRI or sonogram instead of X-rays and CT scans. As things stand right now, though, insurance companies demand that X-rays and CT scans be ordered instead of the much safer (in terms of radiation exposure) alternatives. This is only one of many ways insurance companies play doctor in spite of not being licensed to practice medicine.

5.  Public health department and federal health agency oversight.  Public health departments and federal health agencies have been getting more and more involved in the health care decision-making process--mostly NOT for the better.  Doctors do need to be held accountable but they don't need to have their hands tied behind their backs or be micromanaged to the point of not being able to do their jobs to the best of their abilities.

6.  Big Pharma's many demands and expectations.  It's no secret that the main impetus of the pharmaceutical companies is to turn as big a profit as they can muster. That goal, though, is clearly in contrast to the goal of health care: to heal, cure and treat people as efficiently, safely, effectively, humanely and fairly as possible. Paying doctors, for example, to dispense certain drugs more frequently than others, whether they are what is best called for or not, should be illegal or, at the very least, strongly discouraged.

7.  Patient and family expectations/demands.  When patients come in demanding antibiotics for ailments (like viral infections) that clearly don't call for this treatment, many doctors cave in and go along with such demands. This has led to the development of many antibiotic-resistant infirmities. We need to find ways to reduce such happenings.

8.  Cost considerations/concerns--does the patient have the resources to pay for what is most needed?  There was a time when a treatment was provided (or avoided) solely based on need and the patient's special medical situation. Today, however, cost is the primary consideration when considering particular treatment options. While it's easy to see how this situation has developed, it must be admitted that this isn't good medicine.

9.  Mostly incomplete picture of patients' health history and status.  Ironically because of restrictions placed on patient health information accessibility by such laws as HIPAA, physicians today don't have the type of access to information that should make medical decision-making easier and more efficient. Doctors today, however, are often forced to make decisions based on incomplete or missing medical histories; this is further complicated by patients that deliberately lie, abuse the system (such as by getting painkillers from different physicians simultaneously) or fail to reveal everything about their medical situations.

10.  Mistakes, differing opinions & the burdensome expectations of other health care professionals and supervisors.  Unfortunately, other health care professionals make life more difficult for doctors than should be the case. This can include supervisors that are less qualified or knowledgeable than the physician being forced to take direction from them, colleagues with chips on their shoulders, and support staff that don't follow directions very well or have their own ideas about what should be done in different situations.

Most people think that their doctor is in charge in most health-setting situations.  In theory (and mostly "in theory"), doctors are indeed generally in charge. Supposedly, they have the final word when it comes to what ultimately happens to patients. This is true, though, only until something (like one of the 10 things mentioned herein) else overrides, second-guesses or stands in the way of implementing whatever they decide.

This isn't to say that all doctors are unhappy about this situation.  In fact, some doctors have used these restrictions and burdens to their advantage.  They have correctly deduced, for example, that doctors can no longer be solely blamed when things go wrong.

Then again, it's a heavy pill to take, the knowledge that doctors no longer have the exclusive power they once enjoyed. Without question, this situation has led to reduced health care quality. After all, doctors receive very intense training and, if they do the right things at the appropriate time, lives can be saved and damage/injury to the human body can be greatly reduced.

If, however, things that should be done are prevented (say, because insurance companies refuse to pay for something), then, obviously, patients will pay the "price," both figuratively and practically.

In a perfect world, well-trained, experienced physicians (who aren't being overworked) should do everything they can to save lives and reduce injury/harm when people get sick. If, however, their decision-making is affected by factors that revolve too often around things that have little to do with medical accuracy and efficiency, lives will be lost and people's health will not be protected as well as one might expect.

For the record, this is what has been happening in health care and the trend seems, if anything, to be getting worse and worse with each passing year. What's the solution? How about basing medical care mostly, if not entirely, on what is best for the patient and what is the most efficient, safest and most cost-effective process/treatment to implement?

Or is it possible that, as incredible as it may sound, this is too much to ask from our unnecessarily bureaucratic, super-expensive and badly-in-need-of-repairs health care system?

Written by Fred Fletcher
Fred Fletcher is a hard working Consumer Advocacy Health Reporter. Education: HT-CNA; DT-ATA; MS/PhD Post-Graduate Certificates/Certifications: • Project Management • Food Safety • HIPAA Compliance • Bio-statistical Analysis & Reporting • Regulatory Medical Writing • Life Science Programs Theses & Dis...
View Full Profile
Comments
http://www.wellness.com/blog/13289081/are-doctors-in-charge-or-is-it-these-10-factors/fred-fletcher
I have an inoperable broken back and I was formerly on Oxycodone 7.5 mg. which helped very well with no side effects and no drug dependcy. Now I can barely get to my car in the driveway and back and I'm in bed most of each day and I can't even go for a stroll or camping. I'm being unjustly tortured and socially limited by the American medical system.
Posted by steve miller
http://www.wellness.com/blog/13289081/are-doctors-in-charge-or-is-it-these-10-factors/fred-fletcher

All I can say is that it's about time we RNs, as well as PAs and NPs, were given the recognition, freedom and power we have earned. Doctors are still the quarterbacks of the game but we don't need our hands held while we do our jobs as in the past. It's time we became a more realistic "team" rather than a dictatorship! We're still not there but things are going in the right direction.
Posted by Susan Blakely
http://www.wellness.com/blog/13289081/are-doctors-in-charge-or-is-it-these-10-factors/fred-fletcher
I just love these pro-doctor articles!
Posted by Dr. Dario Herrera
http://www.wellness.com/blog/13289081/are-doctors-in-charge-or-is-it-these-10-factors/fred-fletcher

Personally, I think that doctors have always had too much power. They are being forced to share power and responsibilities. This may have upset some people but the changes are for the better. Nice job, Fred.
Posted by Amber Cruz

How To Avoid Diabetes While Eating Fruits
Nidhi Thakur

Are You Getting Enough Vitamin D?
Joel Fuhrman, M.D.

Could a Parasite Be the Key to Treating Autoimmune Diseases?
Wellness Editor