Ibuprofen--16 Life-Saving Facts You Should Know 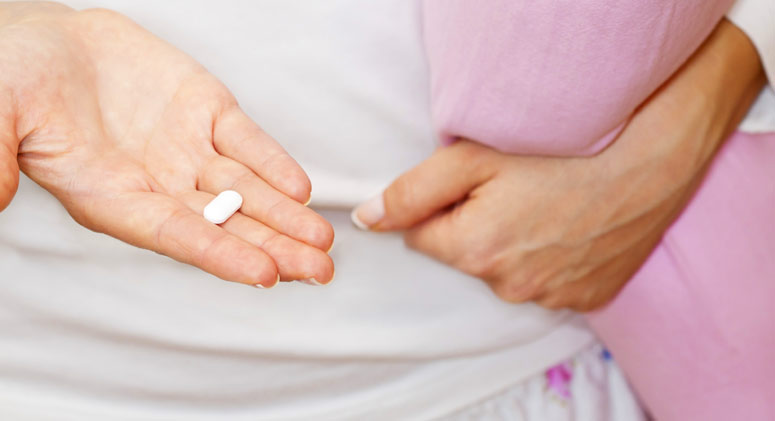 Like Tylenol (acetaminophen), Ibuprofen enjoys a mostly positive reputation.  This powerful painkiller, after all, has been around for a long time, is a preferred choice for many illnesses, and, most importantly, is available in several forms as an over the counter (OTC) medicine.

One of a number of different non-steroidal anti-inflammatory drugs (NSAIDs), Ibuprofen has many wonderful qualities which have helped to make it a preferred choice for healthcare providers. Like other NSAIDs, Ibuprofen is useful against inflammation-related pain, something for which other painkillers (like Tylenol) don't appear to be as effective. This painkiller is also considered to be relatively safe when used properly, under the direction of a physician and for limited periods of time.

Having said that, you should know that Ibuprofen, in spite of being an OTC medicine, should not be taken lightly.

In fact, some experts believe that Ibuprofen should be a prescription-only painkiller.  Even when used according to the directions and for very limited periods of time, some serious complications can arise; in some cases, fatalities are the result.

Knowing when to use and not to use Ibuprofen, therefore, can be drastically important.  As such, here are 16 key facts everyone considering using this popular painkiller should know:

1.  Based on its popularity and easy accessibility, many people forget (or may simply not be aware) that Ibuprofen is subject to a rather long list of potentially dangerous (and, sometimes, lethal) complications, side effects and drug interactions.

Like aspirin, for example, Ibuprofen can do significant damage to the digestive and intestinal tract, especially when used in large quantity, for long periods of time or when certain medical problems (i.e., ulcers, leaky gut syndrome, GERD, etc.) develop or may already be in place after this drug is used.  Other possible side-effects and complications include:

..Ibuprofen is simply not a good choice for certain patients

2. There are instances when Ibuprofen is simply not a good choice for certain patients.  People who may not be a good candidate for Ibuprofen include:

3. The use of aspirin concurrently with Ibuprofen does not appear to reduce Ibuprofen's capacity to inflict potentially fatal cardiovascular thrombotic events (i.e., strokes and heart attacks); furthermore, using these two painkillers (both NSAIDS) at the same time increases the chances of serious gastrointestinal damage.

The best way to guard against the very real danger of CV thrombotic complications is by using the lowest possible dosages of Ibuprofen for the smallest duration of time possible.  Furthermore, in order to benefit from aspirin's anti-cardiovascular disease events, it's best if Ibuprofen is avoided altogether since Ibuprofen is able to block, annul or reduce aspirin's anti-CVD capacity.

4.  It should also be noted that Ibuprofen may worsen hypertension.  This is of special importance for anyone taking high blood pressure medication.  Since hypertension is a risk factor for many serious, life-threatening diseases, this fact should be weighed carefully in deciding whether Ibuprofen is best suited for your particular medical situation.

5.  Patients taking loop diuretics, ACE inhibitors, angiotensin receptor blockers (ARBs), and thiazides may experience impaired benefits from these medications if using Ibuprofen.  In fact, Ibuprofen appears to enhance the mechanisms that lead to edema and fluid retention, i.e., signs and symptoms of serious conditions such as CVD.

6. All persons using NSAIDS (especially Ibuprofen and aspirin) need to be monitored closely for signs and symptoms related to ulceration, inflammation, bleeding and perforation of the stomach and intestines.  This is especially important to those persons with a history or propensity for such outcomes and for those patients more likely to suffer such consequences:  the elderly, persons taking high dosages or any dosage for an extended period of time, smokers, those who consume alcohol, anyone also taking anticoagulants or oral corticosteroids, persons in poor general health, etc.

This potentially deadly capacity of Ibuprofen (and other NSAIDS) can manifest itself at any time (regardless of quantity of medication used, for how long and in what form) and may occur asymptomatically (i.e., with few if any noticeable signs and symptoms).

7.  Persons who have suffered a myocardial infarction (heart attack) or stroke may be subject to increased risk of recurrence of such cardiovascular thrombotic events when said patients use certain NSAIDS (Ibuprofen in particular) after such events.  In fact, at the drugs.com website it's reported that "In a Danish Registry study of patients with heart failure, NSAID use increased the risk of MI, hospitalization for hear failure, and death."

As such, it may best to avoid such painkillers, perhaps going with other painkillers with no such indicated risks.  This is something worth discussing at length with your healthcare provider.

8.  Long-term use of Ibuprofen (and most other NSAIDS) poses great risk to the kidneys, especially in the development of renal papillary necrosis and some other such serious conditions.  For patients in whom renal prostaglandins play a renal perfusion compensatory role, NSAIDS can bring about a dose-dependent reduction in formation of prostaglandin and renal blood circulation; this, in turn, may lead to overt kidney de-compensation.

Patients most at risk for such outcomes include persons who have experienced heart failure, impaired kidney function, or liver disease; the elderly; and persons taking ACE inhibitors and diuretics.

9.  Anaphylactic reactions can occur when first using Ibuprofen.  Such potentially fatal reactions may also occur in patients with asthma or asthma-like conditions.  In fact, Ibuprofen should not be administered to persons who suffer from or have episodes related to a condition referred to as aspirin triad, aspirin-induced asthma, aspirin exacerbated respiratory dissease (AERD) or Samter's syndrome.

10.  Serious and potentially fatal skin reactions can be induced by Ibuprofen and other NSAIDS.  These conditions, which may develop without much warning, include Stevens-Johnson Syndrome (SJS), exfoliative dermatitis, and toxic epidermal necrolysis (TEN).  Because of the potential danger, any skin reaction after the use of NSAIDs should be taken seriously and promptly reported to your physician.

11.  Women at a late stage of pregnancy should not be given Ibuprofen (or any other NSAID) because doing so may bring about the premature closure of the fetal ductus arteriosus, the blood vessel that allows the fetus' blood from the right ventricle to bypass the still-nonfunctioning, fluid-filled lungs.

Needless to say, this would be an unwelcome, potentially dangerous event.

12.  The use of Ibuprofen may lead to elevated liver test results that may or may not be indicative of potential negative hepatic events.  Though rare, severe liver reactions have been connected with the use of Ibuprofen; such reactions have included fulminant hepatitis, jaundice, hepatic  failure, and liver necrosis--needless to say, some of these reactions can lead to death.  Risks to the liver increase with extended duration of use of the medication, exceeding maximum limits, and using Ibuprofen with contra-indicated medications and substances.

Some of the signs and symptoms indicative of liver toxicity include:  fatigue, nausea, pruritus, lethargy, right upper quadrant tenderness, jaundice, and flu-similar symptoms.  Needless to say, these symptoms require immediate attention as they may indicate a life-threatening condition.

13.  Use of Ibuprofen and other NSAIDs may lead to anemia, sometimes due to fluid retention or GI blood loss (because of ulcers or bleeding in stomach or intestines).  Of course, hemoglobin and other blood-related tests should be performed when signs/symptoms of anemia arise in patients using NSAIDs.

It should also be noted that NSAIDs can inhibit platelet aggregation, which may prolong bleeding in some cases; this effect, however,  is not as pronounced as it can be with aspirin. Needless to say, this is of special importance for patients getting anticoagulants or suffering from coagulation diseases.

14.  Any person who suffers from asthma may be subject to aspirin sensitivity or may develop the condition with time.  Since such a condition can lead to fatal severe bronchospasm, this is a very serious situation.  Cross-reactivity between aspirin and NSAIDs have been reported in aspirin sensitivite patients--as such, Ibuprofen should never be given to aspiring-sensititive asthma patients and should be administered with extreme caution to asthmatic patients in general.

15.  Though not life threatening, negative ophthalmic effects can come about when using Ibuprofen; some of the conditions reported include:  scotomata, blurred/diminished vision, and changes in color perception.  If such symptoms are noted, the patient should be referred for a visual examination.

16.  Some people on Ibuprofen therapy have succumbed to aseptic meningitis accompanied by fever and, sometimes, coma.  This development is more likely for patients suffering from connective tissue diseases (e.g., systemic lupus erythematosus), but this has also been reported for patients with no diagnosed chronic disease.  Ibuprofen may be considered a contributing causative factor for anyone developing meningitis while on Ibuprofen.

Ibuprofen is a very serious type of medication.  As such, it should not be taken unless other less risky alternatives are not available or if the benefits obtained from it substantially outweigh the risks.  As with other NSAIDs, Ibuprofen is safest when taken in the lowest dosages for the shortest periods of time possible.

Even though it is an OTC, Ibuprofen should preferably be taken under the advice/monitoring of a physician.  It should be discontinued when specific signs and symptoms arise; it should also be used only according to recommended warnings and instructions.

For maximum safety, consider alternating painkillers, with guidance from your physician. You may also consider natural alternatives to chemical painkillers, such as acupuncture, herbs, and exercise.

Written by Fred Fletcher
Fred Fletcher is a hard working Consumer Advocacy Health Reporter. Education: HT-CNA; DT-ATA; MS/PhD Post-Graduate Certificates/Certifications: • Project Management • Food Safety • HIPAA Compliance • Bio-statistical Analysis & Reporting • Regulatory Medical Writing • Life Science Programs Theses & Dis...
View Full Profile
Comments
http://www.wellness.com/blog/13279041/ibuprofen-16-life-saving-facts-you-should-know/fred-fletcher
My husband died from bleeding of his duodenum due to taking too much Ibuprofen. Please be careful when taking it! I am still in shock....he is gone because of this.
Posted by Darlene M Hochevar
http://www.wellness.com/blog/13279041/ibuprofen-16-life-saving-facts-you-should-know/fred-fletcher
What about the dangers of Tylenol?
Just doing the math, it's apparent there's no such thing as a Vicodin overdose from the hydrocodone ingredient.
At 5 mg hydrocodone per tab, by the time you reach (supposedly) fatal levels (90 MG) of hydrocodone, the Tylenol component (4800 mg) would have you dead or dying from Tylenol induced liver failure (4000 mg considered irreversibly fatal).
Worse yet, overdose effects from Tylenol are irreversible liver damage, but hydrocodone overdose is easily reversed by a cold shower and forcing the victim to walk around - or any number of opiate antagonists.
Considering these facts, blaming the opiate ingredient is misclassifying thousands of Tylenol deaths that should be added to the confirmed over 150 people that die each year as a result of Tylenol poisoning.
I'd say it warrants and honest discussion a lot more than mere speculation about Ibuprofen.
Posted by Paul
http://www.wellness.com/blog/13279041/ibuprofen-16-life-saving-facts-you-should-know/fred-fletcher
My husband has an ibuprofen prescription of 800MG 3xs a day but he only takes it 1x by the way he has type 2 diabetes could this pill cause him to have diarrhea? There are nights where he can't make it to the restroom when he already soiled his undergarments should he stop the use of this med.
Posted by Carmen Garcia
http://www.wellness.com/blog/13279041/ibuprofen-16-life-saving-facts-you-should-know/fred-fletcher
I am on 600 mg of Ibuprofen, twice a day. I had back surgery in August 2015. Should I try to use something else for pain? I am also on Newroten(not spelled correctly).
Posted by Mary Gillentine
http://www.wellness.com/blog/13279041/ibuprofen-16-life-saving-facts-you-should-know/fred-fletcher
dr has me o low dose bayer asprin do they have iborphinr in them
Posted by douglas smith