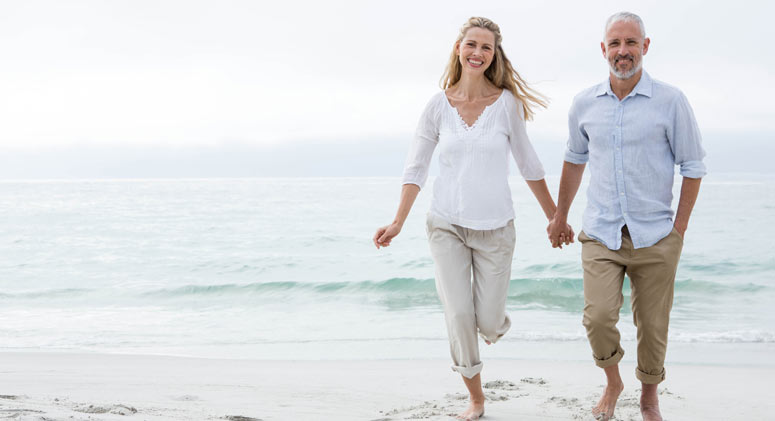 Starting to freak out because you're still single? Inhale through your nose; exhale through your mouth and relax. There are lots of reasons it might actually be better for you to find your true love when you're well past your 20s. These days, plenty of people date and don't get married until they are in their 30s, 40s or beyond. While you won't get to spend the hard-partying years with your mate and you'll miss the almost-too-easy (whoops!) fertility of the very young, consider what you'll get instead.

Whether it's because younger people have less experience choosing partners, or because they're still figuring out who they want to be (giving them a greater opportunity to grow apart as time goes by), it's clear that people who get married later in life are more likely to stay married over time.

According to recent data from the Bureau of Labor Statistics, 80 percent of marriages were still going strong after 10 years when the bride or groom was between 35 and 40 years old when he or she tied the knot. If they were between 23 and 34 during their trip to the altar, just 70 percent of their marriages survived that long. Those who married earlier than that fared far worse. Just half of those marriages made it to their 15-year anniversary.

If you plan to get hitched for the long haul, don't stress out if it takes you a little longer to find the right partner. She or he is more likely to be M. Right-for-Eternity.

2. Lots of Ways to Have Babies

True, fertility decreases over time for both women and men, but that doesn't mean it disappears all at once. It's tough for some couples to conceive naturally in their late 30s or early 40s, but many do. According to the American Society of Reproductive Medicine, about 70 percent of couples will get pregnant with no outside assistance if the woman is between 35 and 39. If she's a little older, between 40 and 44, about one in three will be able to conceive naturally.

For those who have trouble getting pregnant the old-fashioned way, there are all sorts of advanced reproductive technologies, from ovarian stimulation to IVF to donor egg and sperm to surrogacy. Couples willing to try IVF when the woman is 40 have a nearly 60 percent chance of having a biological child. If she froze her eggs when she was younger, or is open to using donor eggs, the chance of having a baby rises to about 75 percent.

3. Higher Income, Once You Do Have Kids

Dads earn more than non-dads. For women, the picture is more complicated. They generally suffer a wage penalty for each child they bear. There are two ways around this. One is to be among the top 10 percent of female earners (these days, that means pulling in $90,000 a year or more). These high-earning women actually get a motherhood pay bump, according to a recent report by Michelle Budig, a sociology professor at UMassAmherst.

Of course, to make it into that top 10 percent, inhabited by doctors, pharmacists, lawyers, CEOs, and the like, women need to devote many years to their education and careers, which may be why they delayed marriage in the first place.

But any woman who delays childbearing (not just those with the sizeable paychecks) tends to earn more than a woman in her field who had children earlier. The typical 40-something working woman with preschool age children earns nearly $8,000 more per year than a counterpart who had children just a bit sooner. In the better-paying occupations the median annual difference is even greater, for example, in the legal profession it is $32,407!

So if you're still looking for that special someone, don't let the passage of time get you down. Once you find him or her, you'll probably be together until the end, you'll have babies (if you want them) and you'll collectively rake in enough dough to afford a pretty comfortable lifestyle. 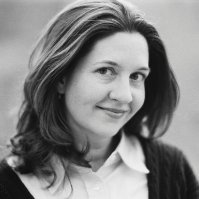 Written by Rebecca Webber
Rebecca Webber is a journalist at http://www.ValuePenguin.com, a personal finance research and analysis website. She covers women's lifestyle and finance at www.ValuePenguin.com, and helps to explain the considerations and numbers people face when making a decision in household spending, savings, credit, insurance and he...
View Full Profile Website: http://www.valuepenguin.com/
Comments
http://www.wellness.com/blog/13277824/3-good-reasons-to-marry-when-you-re-older/rebecca-webber
I thought this was going to be about those of us in our 60's, also. The article about 30-40's are young enough to be our children.
Posted by Dr. C
http://www.wellness.com/blog/13277824/3-good-reasons-to-marry-when-you-re-older/rebecca-webber
I'm 62, still employed, 6'3", 190 lbs., full head of silver hair, grandfather, and only have one problem. Every woman I love ends up hurting me, moving on, and then after a year or two, want me back. fickle!
Posted by todd
http://www.wellness.com/blog/13277824/3-good-reasons-to-marry-when-you-re-older/rebecca-webber
'Older' dating is over 60. VERY DIFFICULT but mostly for women because your 'value' goes down over 60. You can be fit, attractive, have money, 2 homes, be interesting and well-traveled and still not find a date. Get serious - 30's are not at all OLD.
Posted by Jan C
http://www.wellness.com/blog/13277824/3-good-reasons-to-marry-when-you-re-older/rebecca-webber
when i was a college senior( note authors bio says she recently graduated, so if it is in fact up to date, one might presume she is in her early 20's), one of my roommates was sharing a story about his older brother, who was 36 at the time, and i remember my reaction, " 36, that is so old",...so i'd safely say its an issue of age perspective.
Posted by bob
http://www.wellness.com/blog/13277824/3-good-reasons-to-marry-when-you-re-older/rebecca-webber
Older? Lol I thought this was going to be an article about dating in your sixties and seventies! It is my considered opinion that those who lack self -esteem do not participate in The Dating Game. Too many let themselves go needing hair trims, root touchups, wardrobe tweaks etc. All of these contribute to one's sense of self -worth and magnetism.
Posted by KayCee