45 Ways Soda Pop Can Hurt You 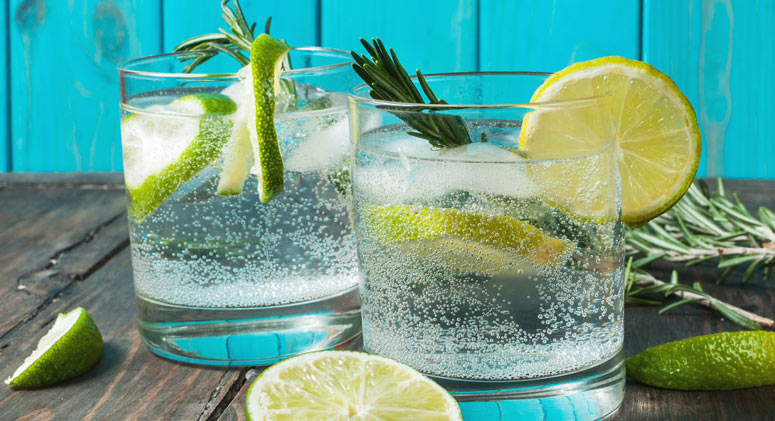 How many chemicals, drugs or food substances can you think of that have been scientifically tied to at least 45 different medical ailments, symptoms and diseases?  This is especially troubling when you consider that we are talking about a beverage found in 99% of public eating establishments; it is even more troubling when you consider how many people on earth consume this stuff, usually without knowledge of what they innocently imbibe.

Perhaps only water is consumed in higher quantity than carbonated drinks.  In developed countries especially, in fact, soda pop has replaced water as the preferred fluid to consume.  Consider males between 12 and 29 years, for example.  They, reportedly, drink about 160 gallons of the fizzy stuff annually--or, roughly, about 2 quarts daily!

Very popular still among adults, soda is very aggressively now marketed to the young--with excellent results (in terms of profit) for the soda pop cartels.  This includes, sadly, putting vending machines in many public and private schools.  This pimping relationship brings in millions to cash-strapped school systems, but at what shameful cost?

Soda pop, unfortunately, carries a very heavy medical and public health cost, while, at the same time, delivering no nutritional benefit whatsoever.  Most people have heard how soda damages teeth and promotes other sugar-related injuries but the problem goes much deeper than that, both quantitatively and qualitatively.

In fact, here are 45 medical problems (not that this is a complete list!) that have been scientifically tied to carbonated and sports drinks:

1.  Cancer.  Soda is suspected of causing, promoting or being tied to several types of cancer.  Most recently, 4-methylimidazole or 4-MEI, a chemical found in the caramel coloring that gives soda its brown color, has been identified as a carcinogen (i.e., liver and lung cancer) in some studies.  Additionally, the high caffeine in drinks have been connected to bladder and stomach cancer; aspartame and high fructose corn syrup (HFCS) have been connected to leukemia; brominated vegetable oil (BVO) and Acesulfame K (AceK) are also suspected carcinogens; and, finally, the high acidity in soda may force cells to become malignant (ironically, as a way to escape the toxicity of  high acidity).

2.  Chronic kidney disease.  Believe it or not, sodas are suspected of being responsible for kidney stones, as well as of long-term damage to the kidneys.

3.  Neurotoxicity.  Especially attributed to the very toxic "aspartame" (NutraSweet), soda is thought to be responsible for several forms of nerve disorders; the BVO in some sodas is also thought to have neurotoxic qualities.  Actually, aspartame has been tied to about 92 nasty health problems/complications.

4.  Liver cirrhosis.  The high amounts of high fructose corn syrup (which has to be metabolized in the liver) is thought to put such a nasty burden on the liver as to actually produce the same damage seen in people who drink too much alcohol.

5.  Osteoporosis.  This is perhaps one of the best established (in other words, it's no longer a mere "suspicion") ailments inflicted by soda.  The phosphoric acid in soda lowers bone density by forcing the body to use its stored  calcium deposits (mostly in the bones) to counter the horrible effects of the high acidity.  This leads to weak bones, especially as people age--potentially leading to life-threatening broken and misshapen bones.

6.  Gastrointestinal distress.   Sodas increase the acid in the stomach, sometimes leading to stomach lining erosion, and the discomfort/potential complications (including cancer, ulcers, GERD, etc.) that may accompany such.

7.  Exacerbated symptoms of ADD and ADHD.  The sodium benzoate in soda, for example, can lead to hyperactivity, as can artificial flavors in most sodas.  These can be made worse by the caffeine, excessive sugar and BVO (which has been tied to irrational behavior promotion).

8.  Violent, irrational behavior.  Especially attributable to BVO, these behavioral problems, in fact, have led to the banning of some energy/sports drinks (e.g., Powerade) in Asia and some European countries.

9.  Rotting & falling-out teeth.  The acids (including phosphoric acid) destroys teeth enamel, leading to teeth degradation and periodontal disease; this is exacerbated by loss of calcium.

10.  Diabetes mellitus.  The high HFCS and sugar in soda puts great pressure on the pancreas--perhaps too much pressure, especially for those genetically predisposed to the disease.

11.  Migraines.  The culprits are caffeine, BVO, aspartame, and acidic blood.

19.  Birth defects.  These may be blamed on excessive caffeine; BVO in some drinks (Mountain Dew, etc.) is highly suspected in this regard.

20.  Sore muscles. This can occur because of the depletion of potassium and calcium, especially if drinking soda and power drinks after workouts.  As diuretics, these drinks drain the body, rather than replenish any nutrients!

21.  Weakened immune systems.  These drinks, by raising the acidity in your blood, create inflammation, which has been tied to disease, including immunosuppression.

22.  Carbon dioxide poisoning.  True, most of the CO2 in soda dissipates before ingestion but, even if just small amounts get through, you will suffer bad consequences.  CO2 is a poison we flush out of our bodies--does it make any sense, then, to put it in anything going back into our bodies?

23.  Asthma.  Sodium benzoate or benzoic acid, a popular preservative in soda, is suspected of being tied to asthma.

29.  Swelling.  Tartrazine (which has been banned in Finland & Norway) can be blamed. It can also promote allergic reactions, excessive mucus and bloodshot eyes. Reactions may also spring from Carmoisine (a reddish drink coloring)--this is one of the very few toxic things in this list banned in the US!

30.  Stroke.  The main culprit suspected is inorganic sodium, fortunately found only in some sodas.

33.  Thyroid dysfunction.  Again, 4-MEI is the suspected substance; some people want to ban it from all sodas but soda companies, as stubborn as selfish mules, insist it is safe, in spite of mounting scientific data to the contrary.   It is officially banned in California.

34.  Fluoride poisoning.  Since soda companies use municipal water in their bottling facilities, you will ingest a great deal of toxic fluoride if you drink carbonated drinks.  This type of gradual, slow poisoning, unfortunately, usually results in unseen, difficult to detect, and long-term chronic conditions (e.g., cancer, etc.)--which is why its danger is so difficult to prove to the public.

35.  High cholesterol.  This has been shown to be the result of consuming excessive sugar, as well as caffeine.

36.  Obesity & weight gain.  Can you see why excessive HFCS and sugar can bring this about?

38.  Seizures.  There is that nasty "aspartame" again!

40.  Hypothyroidism.  Brominated vegetable oil (BVO) is, again, to blame. Thyroid problems were left as a separate problem (#33) because BVO is not in every soda and another chemical (4-MEI) is to blame for the other medical ailment (albeit pertaining to the same organ).

41.  Autoimmune disorders.  BVO is the suspect.

43.  Schizophrenia.  Folks, don't give anyone susceptible to this mental illness (or psychosis) anything containing bromine, as is the case with BVO.

As has already been said, this is not a complete list of the medical ailments, symptoms and diseases attributed to carbonated and power/sports drinks.  Simply put, these beverages, in spite of being so well-marketed (most flagrantly, to children), so openly-blessed by the government & medical organizations, and so easily accessible to the masses (to the point of truly being almost "ubiquitous"), are not suitable for human consumption.

They may taste incredibly good (at least until you find out what they are doing to your insides), appeal to the senses, help communities to make up for financial shortfalls in public schools, and even become highly addictive (on the surface, not posing much danger)--but is the price we are paying, both medically and public health-wise worth it all?

Clearly, each of us will have to answer that question individually, though we are all paying for their rampant, irresponsible use as a society.  Some experts believe that these beverages will in the future be made illegal but only time will tell.

In the mean time, do you care what you put in your body?  Even if 75% of what's in this article is wrong, you have still been given ample reason to stop drinking soda pop--if you know what's good for you!

Written by Fred Fletcher
Fred Fletcher is a hard working Consumer Advocacy Health Reporter. Education: HT-CNA; DT-ATA; MS/PhD Post-Graduate Certificates/Certifications: • Project Management • Food Safety • HIPAA Compliance • Bio-statistical Analysis & Reporting • Regulatory Medical Writing • Life Science Programs Theses & Dis...
View Full Profile
Comments
http://www.wellness.com/blog/13276985/45-ways-soda-pop-can-hurt-you/fred-fletcher
AM SAMFOR, FROM ISLAND, THANKS TO DR ONIHA WHO CURED ME FROM FATTY LIVER PROBLEM WITH HIS HERBAL MEDICATION.
I WAS DIAGNOSED OF FATTY LIVER PROBLEEM FIVE YEARS AGO, I VISITED MEDICAL DIALYSIS CENTER, AND THERE WERE NO BETTER IMPROVEMENT, UNTIL I SAW DR ONIHA'S TESTIMONIES AND RECONMENDATIONS ONLINE, ON HOW HE HAS BEEN CURING PEOPLE OF LIVER PROBLEMS, AND I DECIDED TO CONTACT HIM, AND HE ADMINISTERED HID DERBAL MEDICATION ON ME, WITHIN A MONTH, I WAS CURED. IN CASE YOU ARE PASSING THROUGH A SIMILAR PROBLEM AND YOU NEED DR ONIHA'S ASSISTANCE, YOU CAN CALL OR WHATSAP +2347089275769 OR EMAIL: DRONIHASPELL@YAHOO.COM
Posted by latif
http://www.wellness.com/blog/13276985/45-ways-soda-pop-can-hurt-you/fred-fletcher

Another great blog Fred! Really great-comprehensive and how can anyone drink this stuff after reading it. I'm going to reference this in a blog next week-just amazing amazing info you always present.
Your fan!
Dr.Kim
Posted by Kim Crawford,M.D.
View all 14 comments

5 Ways to Get Fit for Couch Potatoes
Wellness Editor

How to Help Someone With Anxiety
Wellness Editor

How To Get Naturally Glowing Skin - 8 Easy Tips
Lisiana Carter

Can You Reverse Tooth Decay at Home?
Wellness Editor