Directory > Blog > Should Doctors Be Allowed to Deny Care to Unvaccinated Patients?

Should Doctors Be Allowed to Deny Care to Unvaccinated Patients? 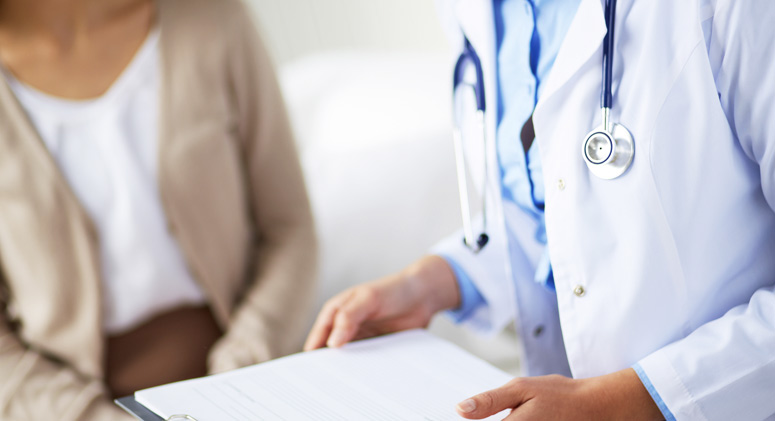 The latest development in the "are vaccines safe" national debate is the troubling decision by many doctors to no longer see patients (mostly children) who have not been vaccinated according to national medical associations and U.S. government agency standards. If it were just a few doctors who were making this decision, this might not be the hot issue it is becoming. The reality is, however, that the number of doctors who are taking this position is growing steadily--with no end in sight.

Needless to say, this "movement" (if we may call it that) raises many ethical, legal and moral questions. The main stream media and the pro-vaccine establishment (which is very well-funded) seem to think that this is yet another black-and-white issue--in other words, they insist that there are only two sides to this story: theirs and the erroneous views of the dissenters. As is usually the case with most controversial subjects, this is far from being the case.

Many important issues are at stake, including the most basic human rights of all patients (not just those who want to blindly follow the powers that be); whether we live in a democratic republic or in an omnipotent Police State; whether it's okay to militarize medicine across the board; whether patients have the right (or not) to question any aspect of medical care (especially when many scientists and doctors are on their side--even if not officially, for fear of losing their licenses); whether it's okay to arbitrarily discriminate against patients at whim with impunity; and whether vaccines pose any danger/threats to the public at all (an issue which has not been conclusively decided by any means of the imagination).

Should Doctors Be Able to Pick & Choose Who They Want to Treat?

This is, first of all, a question which has never been fully answered in the US either legally or ethically. Doctors, for example, refused to treat native Americans in the 1800s, which eventually compelled the US government to establish an agency that dealt exclusively with this issue; such an agency is still in existence to day.

More recently, many (if not most) white doctors refused to treat black patients as recently as the early 1900s (and, shockingly, as late as into the 50s and even 60s, especially in the poor South). Was that all right? The fact that the government allowed the practice didn't make it all right, but it happened nonetheless.

Today, however, it's generally understood that doctors are not supposed to discriminate in that manner. Doctors have never lost the power to refuse to treat a particular individual (or family) but, if any doctor today clearly established a pattern that indicated discriminatory practices, there are legal avenues that could be pursued. The government (even if just to put on a show) could yank that doctor's license or impose some other penalties. Professional organizations would also officially come out against such practices--again, mostly probably for superficial reasons, not necessarily because they wanted to do the right thing.

For doctors to arbitrarily decide that they will not treat a whole group of people is something that may be heading us in a direction we may not ultimately want to follow, if we insist we have a conscience, want to defend personal freedom, and agree that the militarization of medicine is not in our best interest.

Do We Really Want to Militarize Medicine?

Those people who are eager to force every American to receive vaccines simply haven't properly examined the full ramifications of what they espouse. What about those pregnant women who have been diagnosed as having a mentally/physically defective fetuses in their wombs? Do we force them to have an abortion? Or should we just execute the babies when born?

What about forcing everyone to be genetically profiled? Everyone expected to get diabetes, cardiovascular disease or cancer--maybe we can exclude them from important jobs like teaching, law enforcement or scientific research. These people can be identified and placed on special job/education program disqualification lists.

Do we really trust the big pharmaceutical companies, government agencies and the insurance companies (which, these days, know way too much about us and are making many decisions concerning our health) to be making these decisions? Are we, more importantly, ready to abandon most or all of our most basic freedoms--instead giving such to the powers that be?

If you personally want the government to do all the thinking for you, they will certainly do that for you--eagerly, I might add. Giving the government and the corporate giants absolute power, however, carries many precipitous dangers, as history has proven time and time again.

Are vaccines totally safe and should they be, therefore, mandated, to the point of ignoring anyone (even the many professionals with legitimate concerns and questions) that stands opposed? Before you call for the Police State to make that decision once and for all, read the writings of all those geniuses (like Thomas Jefferson, Patrick Adams, Benjamin Franklin, Lord Acton, etc.) who have warned us about the pitfalls of "absolute power" . . . in essence, telling us that "absolute power corrupts absolutely."

Before you mock people who disagree with the majority, do try to closely and objectively look at both sides. Have you really read up on the position of dissenters, or merely filled your head with the propaganda of the many well-funded entities that greatly benefit (financially and otherwise) from vaccines?

Is The Safety of Vaccines the Only Issue to Consider?

Many people, completely sold on the wonderful benefits of vaccines (for, indeed, vaccines have done wonderful things for humanity), have simply closed off their minds on the mere possibility that maybe, just maybe, vaccines are not perfect. Maybe there are one or two small holes in the great tapestry of national vaccination?

Regarding the concerns about vaccines, the reality is that there is a lot of misinformation out there, including these mostly elusive studies that conclusively prove that there is no connection between vaccines and autism. The people who continue to allude to them fail to provide copies of them immediately following their authoritative diatribes. Why is that?

Many of us who examine clinical research studies for a living have never actually seen these studies but, nevertheless, they exist--or so we are told. For the record, there is no study out there which conclusively proves that there is no connection between vaccines and autism; furthermore, since we are still 100% unsure as to what is causing the escalating epidemic, vaccines remain a lurking, potential "culprit." Such a study, for one thing, would need to include controls that were never vaccinated. We are told, however, that this would be unethical, even though such patients are already around by their own choice!

Should doctors be allowed to deny any one group medical care? It's a sad thing that this question should even come up in a democratic republic. If doctors can scientifically disprove all the objections and concerns at hand, that would be one thing but, since they cannot, their decision is based on their absolute trust in vaccines--not to mention the backing of the groups financially benefiting from vaccines.

Doctors are sworn to first do no harm. Until vaccines are proven to be 100% safe, physicians should not force parents to just ignore the many problems and questions that still linger over vaccines. Why are so many children (1 of 50) coming down with autism (suspiciously often after vaccines were administered)--as well as other possibly autoimmune disorders?

Until we can answer the many questions and concerns adequately, who is to say a doctor is not harming (not just preventing some diseases) these children with these vaccines?

If you want to ignore the many ethical/moral concerns in question, how about just relying on good science? Good science isn't just found on mainstream media publications, in labs run by people who benefit from vaccines (who may, therefore, be too conflicted to render objective views), and in studies that only those who want to defend vaccines to the "death" can understand and decipher--for only they can draw conclusions dissenters can't translate.

Instead of making fun of those afraid of vaccines, how about publishing those magic-bullet articles that prove conclusively that vaccines and autism are not related? How about not threatening doctors (as insurance companies and government agencies are suspected of now doing) who are still willing to treat unvaccinated patients--are many doctors refusing treatment to unvaccinated patients not because of their own conviction but because they are being intimidate into taking such positions?

Until these issues are adequately resolved through verifiable, objective scientific channels (not through political intimidation or because of financial considerations), doctors should not be allowed to deny medical care to people who have (often after doing their own research) decided to forego vaccines until their concerns/questions are addressed. If vaccines work as well as some say, those children (and they are still the majority at this point) who have been vaccinated should be protected from those children who have not been vaccinated.

Besides, who says that 100% of persons in a community have to receive a vaccine for the vaccine to work? It's unlikely that we have ever achieved such numbers regarding any vaccine for any community on earth. In fact, even smallpox was eradicated in spite of the fact that not everyone in the world (or even in the third world communities where the disease was most prevalent) received the smallpox vaccine!

What if all doctors decide that none of them will treat unvaccinated patients? That prospect presents a much more dangerous situation (considering all those medical problems--many of which have nothing to do with vaccines-- that would then go untreated). For the record, doctors have a sworn duty to protect the health of all members of society--including those persons who refuse to be mindless, never-questioning-"authority" robots!

5 Habits That Could be Causing Lower Back Pain
Wellness Editor

Investigating the Connections Between Asthma and Anxiety
Wellness Editor