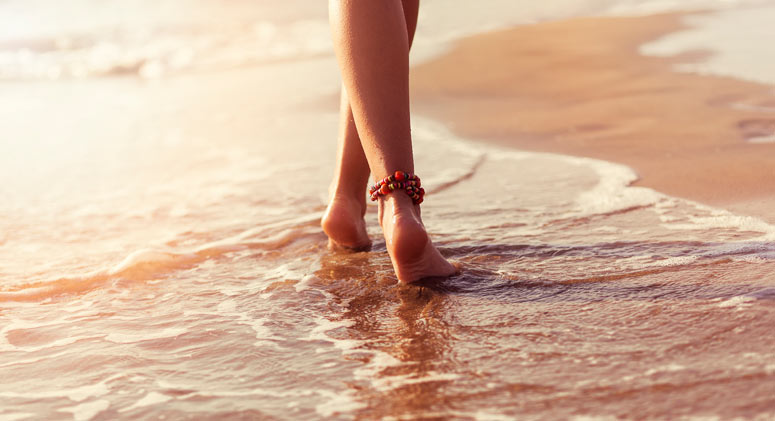 One of the advantages of modern times is that we are provided with more useful health information than ever before. While much of that "information" may not be 100% correct or of any immediate practical use, the fact remains that, if there were a health threat most of us needed to know about, chances are we would promptly find out about it through our ubiquitous media channels.

It is safe to say, consequently, that we are for the most part well-informed on major health issues. One downside of all this information, though, is that we now have a tendency to ignore relatively small health threats, preferring to concentrate on major ones. Here are five of those mostly ignored or overlooked health threats:

1. Flushing the toilet with the bowl cover up. When we flush the toilet, we release millions of dangerous bacteria (and other pathogens) floating in the mist released into the surrounding air and nearby surfaces. These air-suspended wet particles then land on uncovered personal care items (toothbrushes, dental floss, dentures, wash cloths, cosmetics, etc.) near the toilet. This creates a transmission system which, although not seen by the naked eye, can potentially introduce e-coli and other pathogenic microorganisms into our bodies; one of the consequences is an opportunity for infections.

2. Walking barefoot, especially outdoors. Many older people fondly remember being able to walk to school or to play around barefoot in their idyllic communities when they were children. While that may have been a harmless practice back then (especially in farm country and in small rural towns), it can be a very dangerous practice these days. Not only are our streets, alley ways, parking lots, driveways, and vacant lots full of broken glass, nails, screws, pieces of rusted metal, medical waste (including disease-carrying discarded syringes), and other flesh-ripping things, but we also have all kinds of toxic chemicals, not to mention animals that have been driven from wild habitats, now posing a threat to children and adult alike. Stepping on a syringe, for example, dropped by an addict can expose victims to the AIDS virus (HIV), hepatitis, TB, meningitis, etc. Especially in the case of children, no one should be walking around barefoot, most notably if residing in an urban environment. For the many nature lovers out there who recognize the atavistic health benefits of former times, exceptions may be made for areas pre-inspected, properly maintained and considered safe for the practice.

3. Regularly (mostly unknowingly) consuming contaminated ice cubes. Most probably because people assume (erroneously) that ice cubes are naturally aseptic surfaces for microbes, many people mishandle ice meant to be put in drinks. This is especially heinous when it refers to food handling workers; it is assumed, for example, that these people have received proper food safety handling training. In spite of that training, however, several investigations have round that much of the ice served at dining establishments is very dirty--dirtier, in fact, than the average toilet water. You should also note that many ice making/storing machines are not cleaned as much or as often as recommended; people also apparently lack the common sense to not contaminate ice by handling such with dirty hands. For the record, dirty ice can harbor dangerous pathogens; these pathogens, furthermore, may inflict nasty infections or other types of medical complications. The saddest aspect of this situation is that this health threat is (or should be) easily avoidable.

4. Using the bed covers in many hotels and inns. Although sheets and pillow cases may (or may not) be changed and washed on a regular basis, bed covers are not washed very often (if ever) in many hotels, motels and inns. Even for those hotels that may periodically clean them, the reality is that you will be using something that other people with possibly dangerous medical problems also used. They may have drooled on, allowed their sores and infected wounds to rub against, deposited sexual ejaculates on, or even have partly urinated/defecated on the same covers that you later put over your face or next to your otherwise healthy skin. As a general rule, you should seriously consider bringing your own blankets instead of using hotel bed covers; if forced to use extremely cheap hotels/motels, you might also bring your own sheets. As is often said, you get exactly what you pay for!

5. Getting into shower stalls while not wearing shower slippers. Fungal infections are only one of several types of infections you can pick up from shower stall floors, especially in stalls shared by a large number of people, as is the case in hotel and in college/military dormitory facilities. Your vulnerability is exacerbated if you have any cuts, abrasions or sores (even if too tiny to bee seen by the naked eyes) on your feet, if your immune system has been compromised, or if you are prone to certain types of infections. One easy way that you can avoid problems is by wearing shower shoes or flip flops when you take a shower. This simple act may avert unnecessarily complicated problems later on.

While it may be true that you can't possibly plan for or avert every health threat out there, you should take into consideration those threats that you at least know about; beyond that, it's a matter of setting priorities or determining which threats you will address and which you will simply ignore. Don't, as a general rule, simply ignore health threats which are easily managed or averted, especially if it's within your power to do something about it. In most cases, there is a simple solution to each threat--it's just a matter of deciding whether a particular action (or the lack thereof) is worth the risk.