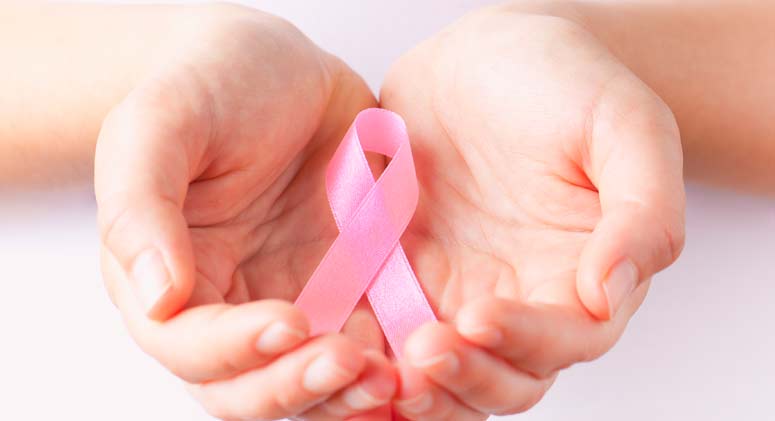 Although cardiovascular disease is responsible for more deaths than cancer each year, cancer is thought by many people to be "number one," pathologically speaking. This may actually be a good example of statistics not necessarily being entirely accurate. More people may die from cardiovascular disease simply because the circulatory system (with the heart at the center) degrades as we age--in other words, dying from heart attacks and other such phenomena is a natural part of growing old.

Cancer, on the other hand, occurs when natural processes in the body go wrong. More specifically, when cells start to divide out of control, that's when malignancy sets in. Cells dividing out of control resulting in a benign tumor is also not a good thing--but that is not what we refer to as "cancer."

Cancer, in other words, is not "natural." No one is pre-destined by nature to get cancer--notwithstanding genetic predisposition since this usually involves faulty genes.

Actually, in a perfect world, our cells should continue to refresh themselves indefinitely, thus obviating the need to get old. As it happens, though, after a certain number of years, something within our DNA tells our bodies to start aging. Why or how this happens is a mystery but, nevertheless, this is understood to be (for now at least, technologically speaking) quite "natural."

No such understanding exists, though, in regard to cancer. Cancer, like infections, is something that we need not tolerate; in fact, it's something that we should be able to, in time, eradicate or at the very least, keep mostly under control.

When it comes to cancer research for a cure, the astounding thing is that there is actually much more good news than bad news. More importantly, there is not one but several avenues of research that should lead to cures for most types of cancer in existence today. Here is a short list of the many things to be optimistic about:

Unfortunately, there are some things in regard to cancer research which we could be doing much better. Some of these things may be outside our immediate control but some of the others can be ameliorated if enough people and resources are put at the disposal of the right entities. Some of the problems we face include:

Truly, the good news does indeed exceed the bad news, both in terms of quantity and potential for change/progress. With each passing day, we are getting a better understanding of cancer--i.e., what it is, why it is so difficult to treat, how it may be best attacked, when we may actually see cures, etc. As our understanding of these diseases improve, so will our arsenal for eradicating these menaces.

It's not a question of "if" but "when" we will cure cancer. If we only had one weapon being readied, then perhaps we might be more pessimistic but, considering all the different approaches that are being put at our disposal, there is no question that we will win the war against cancer . . . it's just a matter of time.

Written by Fred Fletcher
Fred Fletcher is a hard working Consumer Advocacy Health Reporter. Education: HT-CNA; DT-ATA; MS/PhD Post-Graduate Certificates/Certifications: • Project Management • Food Safety • HIPAA Compliance • Bio-statistical Analysis & Reporting • Regulatory Medical Writing • Life Science Programs Theses & Dis...
View Full Profile
Comments
http://www.wellness.com/blog/13274902/beating-cancer-the-good-the-bad-news/fred-fletcher
I can’t believe this. A great testimony that i must share to all HERPES SIMPLEX VIRUS patient in the world i never believed that their could be any complete cure for Herpes or any cure for herpes,i saw people’s testimony on blog sites of how dr Ero prepare herbal medicine that cure and brought them back to life again. i had to try it too and you can,t believe that in just few weeks i started using it all my pains stop gradually and i had to leave without the pills the doctor gave to me. Right now i can tell you that few months now i have not had any pain,delay in treatment leads to death. Here is his email:(dreroherbaltreatment@gmail.com) whatsapp him with +2348073673757 or text/call me (270) 693-5854....
Posted by Shelia Wilton
http://www.wellness.com/blog/13274902/beating-cancer-the-good-the-bad-news/fred-fletcher

Great article but in my book as an Anti-aging and regenerative MD it's comforting to know the things we can all do which will ENORMOUSLY reduce our chances of getting cancer in the first place.
https://wp.me/p5AcCP-15R
Posted by Kim Crawford,M.D.
http://www.wellness.com/blog/13274902/beating-cancer-the-good-the-bad-news/fred-fletcher
An integrative holistic approach to cancer prevention and treatment is a must these days. Also another interesting read is Dr. G. H. Welch's book "Less Medicine More Health." for a different perspective on screening and Tx.
Posted by JP Saleeby, MD
http://www.wellness.com/blog/13274902/beating-cancer-the-good-the-bad-news/fred-fletcher
People treated successfully survive much longer than the 5 years you mention in your article. Depending of course, on the kind of cancer you have, you can live a very long and healthy life (not low quality) once you have completed treatment and are cured. And yes, you can be cured. If found early, certain cancers are cureable. Most people are a lot stronger than they think they are. The treatment may be extremely difficult at times, but there are also many options available to ease the discomfort and side effects. Praying along the way isn't a bad idea either!
Posted by Rosemary