Directory > Blog > The Bacteria Battle Inside Us

The Bacteria Battle Inside Us

Health claims attributed to probiotics abound—from alleviating diarrhea and controlling chronic digestive problems to curing vaginal yeast infections in women. In some instances, research evidence supports claims; in others, the findings aren't clear. With so much conflicting information, what should you believe about the health benefits of probiotics? Should they be ingested regularly as a preventive? Which health problems may be avoided or successfully treated by eating foods or taking supplements containing probiotics?

The term “probiotics" (meaning “for life") refers to live bacteria in fermented foods or nutritional/therapeutic supplements. Since your doctor may prescribe antibiotics to fight a bacteria-caused illness, it may seem odd that purposefully ingesting bacteria can be a beneficial measure. If you think of infection-causing bacteria as “the bad guys" and probiotics as “the good guys," what appears to be a paradox becomes easier to understand.

The human body's digestive system alone normally hosts an estimated 100 trillion microorganisms and more than 500 different bacterial species. Normal bacteria, or microflora, are the good guys. They not only don't make us sick, but actually help sustain healthy body functions. Normal intestinal bacteria play a supportive role, acting like bodyguards to keep bad bacteria, or pathogens that cause illness, at bay. They assist proper digestion, help the body absorb nutrients, and boost immune function. Many believe they boost brain function and some arguably attribute the term “gut feeling" to the connectivity between the digestive system and the brain. Good bacteria also populate the upper respiratory and urogenital systems. The balance of good bacteria and bad bacteria protects our complicated body “ecosystems."

For example, while one course of antibiotics, or even two, may be necessary to treat an entrenched infection, the medication can cause side effects—an upset stomach or diarrhea. Antibiotic therapy continued for an extended period may kill off the body's good microflora in excessive numbers, leaving the field wide open for bad bacteria to take over. This condition upsets the natural microbial balance, wreaks havoc with the immune system—our body's first defense against infection—and causes illness. The overuse of antibiotic therapy is strongly discouraged, since it's the reason for an increase in antibiotic-resistant bacteria, or “superbugs."

Another enemy of natural body microbes is the extensive use of chemical additives in processed foods. They may interfere with good bacteria and allow the growth of detrimental bacteria, viruses, and fungi, causing infection, chronic inflammation, allergies, and even autoimmune disorders. It is possible that pesticides and herbicides used in traditional agriculture may have the same effect—a reason to buy organic foods.

Advertising promotes mostly unsubstantiated beneficial properties of yogurt and other fermented foods. Yogurt, in particular, is a popular folk remedy used by women to treat vaginal yeast infections and urinary tract infections (UTIs). Although research doesn't strongly support its effectiveness for the former, probiotic treatment for UTIs is currently under study by medical scientists.

Results of clinical trials testing therapeutic probiotics are mixed, but some findings are clear while others justify ongoing studies. The most positive outcome is the use of Lactobacillus GG for the treatment of infectious diarrhea in infants and children, with a 60% reduction in the illness compared to results from a placebo.

There are also reports that specific probiotics reduce allergic development in children and decrease proliferation of Helicobacter pylori (H. pylori), now known as the cause of most stomach ulcers. Priority research projects supported by the National Center for Complementary and Alternative Medicine focus on gastrointestinal diseases in infants and children, including necrotizing enterocolitis, and also crucial research into combating antibiotic-resistant bacteria.

Probiotics appear to be safe for most people without side effects; however, the potential for serious adverse consequences exists in some instances. Probiotics are contraindicated for critically ill patients and individuals with a compromised immune system due to disease or chemotherapy. In particular, probiotics are dangerous for patients with severe pancreatitis.

If you are considering probiotics for either preventive or treatment reasons, first consult your primary care physician. Confirmed health benefits depend on specific strains and dosages. Also, remember that dietary supplements are not regulated like drugs in the U.S. Supplement manufacturers, however, may use a voluntary certification program through ConsumerLab. Look for the CL Seal of Approval on a supplement product's packaging for confidence that it's passed

CL testing and contains the type, amount, strength, and purity of the listed ingredients.

If you're healthy and enjoy yogurt, cheeses and other foods containing live cultures of probiotics, go ahead and eat these foods. Just be aware there's no corroboration that Lactobacillus acidophilus, the probiotic strain in many commercial yogurts, is beneficial for such ailments as diarrhea or vaginal infections.

When purchasing supplements, look for products that contain at least 10 different strains of probiotic bacteria and at least 10 billion live cells. Refrigeration is critical for many strains and brands, so read the labels carefully. Most of the dedicated vitamin and supplement stores, as well as chains like Whole Foods, have a refrigerated section with many options to choose from. 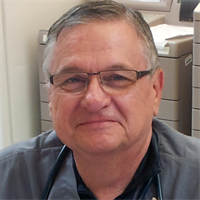 Written by Donald McGee
Dr. Donald McGee is the Founder of Wellness.com, a Board Certified M.D., graduated from Mt Sinai School of Medicine in New York, and has an accredited PhD in Health Studies from Saybrook Institute in San Francisco. He is also a Diplomate of the American Board of Emergency Medicine as well as a Fellow of the American ...
View Full Profile
Comments
Be the first to leave a comment.