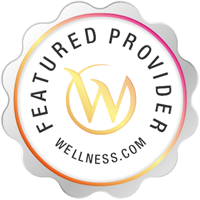 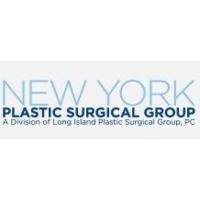 It seems like every teenager has looked in the mirror while examining a dreaded pimple. Though mostly noticed on the face, acne can appear on the back, neck, or other part of the body. Acne occurs most commonly during puberty and often continues into adulthood. During adolescence, acne is usually caused by an increase in testosterone, which takes place in both genders during puberty. For most people, acne diminishes over time and tends to disappear almost completely by the mid 20’s.

Though most teenagers struggle with acne, for many the struggle does not end with adulthood. The truth is that acne can persist well into the late twenties, thirties, forties, and in some cases even fifties. Dermatologists call acne that does not clear by the mid-twenties persistent acne. This type of acne often causes deep, tender, and inflamed pimples and nodules. More commonly found in women, persistent acne tends to form on the lower face, concentrated around the mouth, chin, and jawline.

There are many myths about what causes acne. Dirty faces have been blamed, but acne is caused by hair
follicles becoming plugged with oil and dead skin, not dirt. People blame salt, sugar, greasy foods and
chocolate for acne, but these also do not cause pimples. The only myth that has any relevance is that
stress causes acne. Stress does not cause acne, but it can make acne worse.

A very common myth is that popping pimples will make them less noticeable and help them heal faster. This is not true. Popping your pimples pushes germs further under your skin, which could cause more pain, and even an infection. It can also lead to permanent scarring. Just picking at pimples can do the same and cause even more redness and pain.

Some people suggest doing nothing is the best treatment, but dermatologists would advise that letting acne runs its course is not the most effective plan. If left untreated, as some acne can leave dark spots, discolorations, and permanent scars.

The good news is that effective treatments are available — and the earlier treatment is started, the lower your risk of prolonged physical and emotional damage. Treating acne problems can often help boost a person’s self-image and self-esteem. Almost every case of acne can be successfully treated. New York Plastic Surgical Group can help fight existing acne and help you be proactive in preventing new lesions from forming. Prevention will significantly reduce your chances of developing permanent discolorations and disfiguring scars. Call (212) 257-8714 for an appointment.

> Back to Conditions
Map and Directions
Get Directions to
86 St. Felix Street
Website https://www.newyorkplasticsurgicalgroup.com/
Primary Specialty