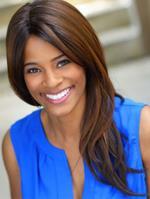 GERMANY KENT thinks, writes, and speaks about the ethics of social media, branding on social media and the impact of cyberbullying on today's youth. She advocates to end cyberbulling, and promotes the use of manners and positivity in digital age communication. She uses her campaign 'You Are What You Tweet' to educate, and evoke emotion in people about Internet etiquette. Kent is an award-winning journalist, professional speaker, best-selling author, media personality and global social media influencer who has been ranked as one of the Top 100 leaders in social media marketing, named Top 100 people to follow on Twitter, Top 25 individuals & brands in social media marketing, and amongst the Top 15 most influential social media marketing influencers on Twitter.
Kent has appeared across all mediums (TV, radio, print, online) and has been featured and interviewed as a national authority on social media in Fast Company, Bloomberg Business, Inc. Magazine, The Examiner, Hartford Business, Herald Tribune, Yahoo News, and countless others. Guest appearances on radio and television include: NPR, Money Matters Radio, iHeart Radio, CBS, Blog Talk Radio, FOX, The CW, ABC, & NBC.
Occupation: Author, Speaker, Social Media Influencer
Website: http://germanykent.com/

Tweet Others the Way You Want To Be Tweeted: 5 Keys to Excellent Social Media Etiquette
The first rule of Internet etiquette is to be nice. Show respect for the opinions of others, even if you don’t agree with their message. Being nice includes avoiding cyberbullying. Whereas we do have freedom of speech, that does not justify online bullying. Words have power, be careful how you us...